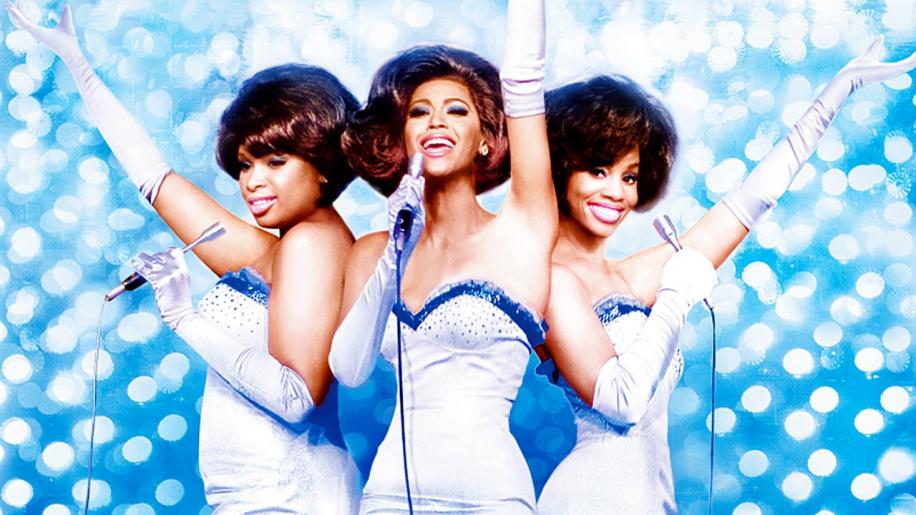 Eddie Murphy was a great Eighties actor and comedian, giving us some absolute classics like Beverly Hills Cop and 48 Hours, Trading Places and Coming to America, before becoming absorbed into the Hollywood machine and turning into something of a cheap imitation of himself in later efforts like Vampire in Brooklyn and the horrendous third Beverly Hills Cop instalment. It has taken him over a decade to redeem himself, returning to form with the likes of I Spy and Showtime, as well as his standout vocal offering as the Donkey in the Shrek movies. He still makes some dubious choices - The Adventures of Pluto Nash was a serious turkey and Norbit was distinctly misguided - but he is working himself up to return to his defining career role as Axel Foley in Beverly Hills Cop IV, and has also taken a pretty prominent (and almost Oscar-winning) role in the musical drama, Dreamgirls. But is it any good?

The movie kicks off by introducing us to a trio of singers - Effie, Deena and Lorrell - the Dreamettes, who are all aspiring to be famous. After failing at a talent contest, they still manage to land themselves a producer, Curtis, and a gig working as backup singers to the more famous Jimmy 'Thunder' Early, whose presence initially overwhelms and dominates the trio, although pretty soon their own talent shines through. As the girls get bigger, Curtis renames them the Dreams, and also takes over as producer to Jimmy and the whole thing becomes an incestuous mess, with him partnering up with the lead singer - Effie, and Jimmy making a mistress out of Lorrell. Their fight to get to the top is not without its bumps, and when things start going wrong, everything falls apart. Curtis decides to bump Effie from lead because she isn't as skinny as Deena (despite being the better singer), and with their relationship in jeopardy, he sets his sights on Deena instead. All the while, Jimmy is cracking under the pressure from Curtis, resorting to increasing heroin use. Will Curtis' dreams for Deena's future become reality? Will he be successful in stopping Effie's solo career? And will the Dreams survive all of this?

Well, not being a big fan of musicals, it is difficult to know how to approach this particular movie. I don't mind dramas that have a dominant musical streak (for example, the Cash and Charles biopics Walk the Line and Ray, respectively) but there is a fine line between those and outright musicals that have dramatic moments (Phantom of the Opera and Chicago), which I have less interest in. Arguably the only outright musical I enjoyed was the musical episode of Buffy the Vampire Slayer, and that was mainly because I knew the characters so well after so many seasons. Still, I can usually see the worth in a musical, even if I don't personally enjoy it. Dreamgirls is a mixed, messed-up, muddled movie that marks one of the worst two hours plus of my life. I have absolutely no idea how it garnered any Oscar attention - but the Oscars have always been a silly, skewed mark of supposed distinction. I don't know where to start with what went wrong with this movie, it would almost be easier to list what they got right - i.e. not a lot.

Firstly, it feels like one long song, with few of the performed tracks coming across as distinctive hits. If you don't like this music then, believe me, you will feel like you are stuck in purgatory for the best part of two hours. The actual dramatic moments are scattered throughout the movie, partitioned by the aforementioned music, and sometimes lasting mere seconds and being set several years apart. This makes the story extremely disjointed, leaving viewers bewildered as to what on earth is going on, and what has happened in the time that passed. With no rhyme or reason as to why the characters change their behaviour in the interim, you are left not really caring for anybody and consequently not very interested in their plight, and as soon as anything serious actually happens - which you might want to find out more about - another song kicks in to distract you away and ruin the moment. Worst still, in some of the most important moments of the movie, the characters randomly burst into song, having singing arguments and singing breakdowns - and it seldom works right in this movie.

In terms of acting, the performances too suffer from the episodic way in which the story is told. Jamie Foxx was great in Ray, and has proved his worth on many projects, but here his development into a greedy, manipulative manager is difficult to gauge - are we supposed to sympathise with him? Is he really the bad guy? The girls themselves do little other than sing, which is perhaps a good thing because they are not particularly capable in any other respect. How Jennifer Hudson won an Oscar for this I have no idea, perhaps it was a sympathy vote considering how mean the storyline was with regards to her weight. Beyonce suits the prettier role of Deena, but also suits the fact that she was supposed to be the less talented one - Destiny's Child, anyone? There is something rather too believable about the fact that Jennifer Hudson gets dumped in favour of the more 'bootilious' Beyonce, and that also leaves an unpleasant taste at the end of the movie. And with Danny Glover being wasted as one of the other producers (you don't see him for half of the movie and then, all of a sudden, he's back and his hair is white), we're only left with Eddie Murphy. Well, was he any good? The answer is yes. Eddie Murphy, in one of his few serious roles, manages to pull off a tremendous performance as the flawed Jimmy Earl. He is just about the only character you actually care for, and want to see more of (particularly since he disappears for much of the movie), and it is arguably the performance of Murphy's career. I'm not sure whether he deserved an Oscar, but he certainly deserved the nomination that he got, and going by same standard that awarded Jennifer Hudson, Murphy should probably have received about three.

I know this was supposed to be the unofficial biopic of Diana Ross and the Supremes, and I know that it probably tells the story of many upcoming groups, who are forced to make changes based on looks as much as talent, who often vary their music just to cater for what the public wants and who get self-absorbed by all the money and fame that they obtain with each hit, but Dreamgirls is a flashy, shallow music video of a movie, and a two hours plus one at that. Music videos seldom manage to tell a decent dramatic story, mainly because their purpose is more to showcase the song being played, but for a full-length movie you need a solid, well told story to sustain audience attention, and Dreamgirls fails to provide that, or even give enough noteworthy songs in the meantime. Perhaps if they had developed the characters more fluidly, had more screen-time for Murphy and more development of his heroin addiction, as well as more depth into Effie and her plight as a solo artist and single mother, this may have been a more watchable movie, but as is, it is about two hours too long. Thoroughly vapid.