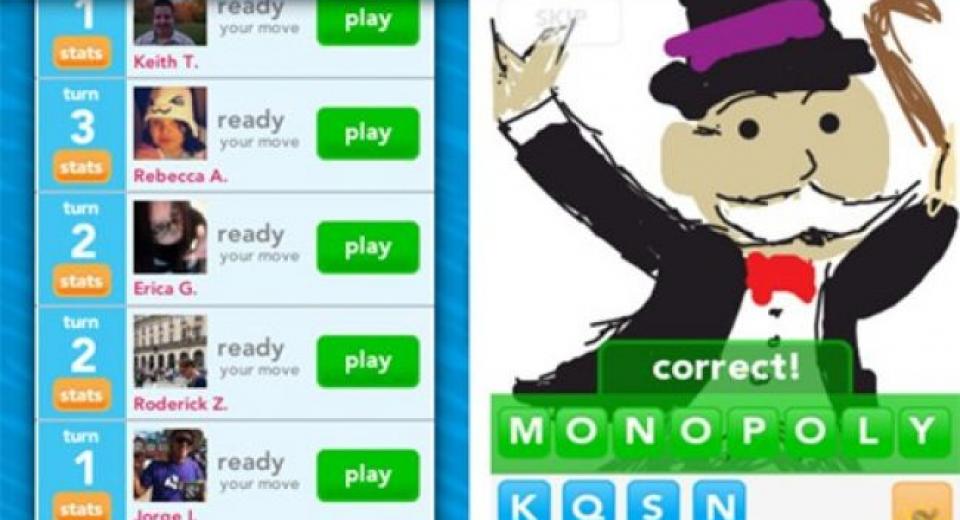 The app revolution is one that has changed, and is constantly changing, the gaming world and how we interact with one another.

Due to the expansive number of phones that support multiplayer gaming via apps that can be downloaded, many titles are springing up on both Android and iPhone marketplaces.

One such title is Draw Something which takes its own unique spin on the classic Pictionary format. Created by OMGPOP, creators of other mobile games such as Boom friends, the title allows gamers on both Android and iOS to compete against one another. Draw Something takes place with users working together in a sort of friendly competition manner in order to acquire as many coins as they possibly can. Coins being the in-game currency, which can be used to buy new items, but we’ll come back to that later. Users ‘compete’ by selecting one of three options to draw out which their competitor must guess as to what it is in order to progress. For such a simple game, performance isn't quite as smooth as you'd expect on Android. On tests on a number of devices (phones and tablets), we experienced occasional crashes, mostly when starting up the app. Load times can be long too, and although they're dependent on internet connectivity, we couldn't help but suspect that the speed was sub-optimal. The battery useage is worth noting too: you might want to have a charger to hand if you're intending to play for more than a few minutes.

Given the range of devices that support Draw Something, It's particularly disappointing for tablet owners that the game doesn't support rotation to a landscape mode. It doesn't seem like it would be a big challenge to implement and it's irritating not to have it as an option. OMGPOP have been patching the game however, so we're optimistic for fixes and improvements in the near future.