This Blu-ray release delivers great picture and sound, whilst the film itself is more enjoyable than you might expect 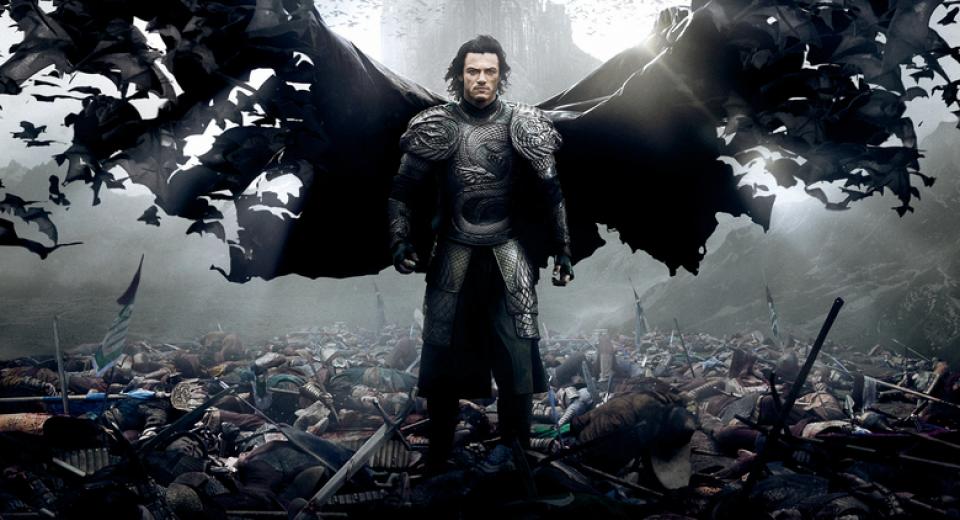 It’s hard to live up to the legend of Dracula, an iconic character both in literary and cinematic terms; so it’s no wonder that so few have done it justice.

Dracula Untold ticks many of the boxes to fit into that same unfortunate category, rising in the wake of one of the worst horror character reinventions of all time: I, Frankenstein. With CG battle sequences borne out of the age of Peter Jackson’s middle-earth adventures, and an almost complete disavowal of all the established lore – and also of the faint historical truth beneath – it’s easy to similarly dismiss Dracula Untold as just another waste of studio money and audience time, but it’s not actually that bad. The filmmakers have managed to do something a little different which, for some, may even earn the film a pass. Just like Maleficent before it – or Oz: The Great and Powerful – Dracula Untold seeks to not only investigate the story of this fabled villain’s origins, but also reinvent him as something of a tragic hero, compelled to turn to darkness in order to save the light in his life.
Sure, Coppola’s masterful take on Stoker’s classic story dipped into the tragedies of Vlad the Impaler’s past, but Dracula Untold devotes an entire movie to this aspect, rewriting ‘history’ to turn the Prince of Darkness into more of a hero than a villain. Whilst this in itself will turn off many, and whilst the end result isn’t even in the same league as some of the other reinventions that we’ve seen of late, it's actually far more watchable than you might expect for such PG-13, CG-driven fare. Luke Evans commits to the lead role, and Charles Dance turns up to lend a little background ghoulishness to the proceedings, and, if you can get past the fact that they’ve clearly turned one of fiction’s greatest villains into something of an anti-hero – no doubt for the purposes of heading up the planned Avengers-style Universal Monsters ensemble reboot – then it’s actually a quite watchable offering. I, Dracula this is not.


Whether or not you agree with this Dracula re-imagining, it sure as hell looks stunning.

Black levels are dominant throughout the piece, and frequently doubling themselves for a more natural crimson tone for the blood; when you see it, that is – are rich and deep, solid and strong, bringing depth to Vlad’s garb, the swarm of bats, the creepy cave, and the darkness-set battle sequences, where the cracks of sunlight mark the only vulnerability for our protagonist. For a directorial debut, there are lots of visual flourishes here – POV shots of dying soldiers, battles seen through the reflection of a sword, or Dracula-vision – and arguably the image is almost too clear for its own good at times, with the CG occasionally struggling to blend in. However, this is certainly not a fault of the largely flawless, near-reference, and easily demo-worthy presentation. The DTS-HD MA 5.1 aural accompaniment is every bit as impressive, with bats surrounding us and the earth thundering beneath us.

Whilst dialogue remains well-prioritised across the fronts and centre channels; rising above the furore of the action sequences and of the appropriately engaging, if not distinctly memorable, score. However, these are the elements that truly deliver when it comes to this track, with the epic battle sequences seeing arrows loosed, clashing blades, and crackling fire, whilst horses thunder across the stage and bats sweep from surround channel to surround channel. Dynamic dissemination is excellent, and the crafted soundscape is frequently a precision piece of work, with plenty of LFE throttle to give it some weight. Overall, this is an excellent presentation, again hitting demo-standard notes.

In terms of Extras, pretty-much all of the bases are covered here, with a decent enough selection of featurettes, a commentary and deleted scenes.

First up is an audio commentary with director Gary Shore and production designer Francois Audouy, who talk about the production, offering plenty of background into the concepts and the shoot; the characters and the performances. In terms of behind the scenes featurettes, the 20 minute Luke Evans: Creating a Legend headlines the array, supported by the 10 minute Day in the Life: Luke Evans, both of which see the actor committing to the product, both on-set and off-camera. Dracula Retold spends 7 minutes providing some background into the true history behind the fiction, looking at the period and the characters, as well as the costumes and the cultures, whilst Slaying 1000 looks briefly at one of the early action sequences. The Land of Dracula also provides an interactive map, which allows access to a number of mini-featurettes explaining the locations and key events there. In terms of extra footage, we get a fairly throwaway 2-minute alternate opening, as well as a selection of half a dozen deleted scenes, totalling just under a quarter of an hour of extra material, and including a couple of nice ideas that were dropped from the final cut – including the entire character of Babayaga. The disc is rounded off by some previews. More enjoyable than it has any right to be, Dracula Untold may well be a pale and frequently bloodless retelling of a classic work, but, if you're prepared to swallow a different take on the Prince of Darkness' origins, then the film actually offers up a reasonably engaging spin, prepping Vlad to no doubt head up the imminent reboot of the ensemble Universal Monsters franchise.


It’s not Stoker, it’s not Coppola, but it’s not I, Dracula either.
Universal's Region Free UK Blu-ray boasts outstanding video and audio, as well as a strong selection of extra material, making it an impressive package for fans of the film to have no hesitations about picking up. Classic horror aficionados will likely be - understandably - outraged, but if you can distance this feature from its iconic progenitors, then you might forgive this alternate reimagining. It may not be worthy of Bram's legacy, or of even standing in the long shadow of Coppola's impressive adaptation, but it's not Van Helsing either, and it's certainly not I, Frankenstein. Which, if that's what you were expecting, might come as a nice surprise.


You can buy Dracula Untold on Blu-ray here