Only Downton could make a subplot about a sabotaged boiler 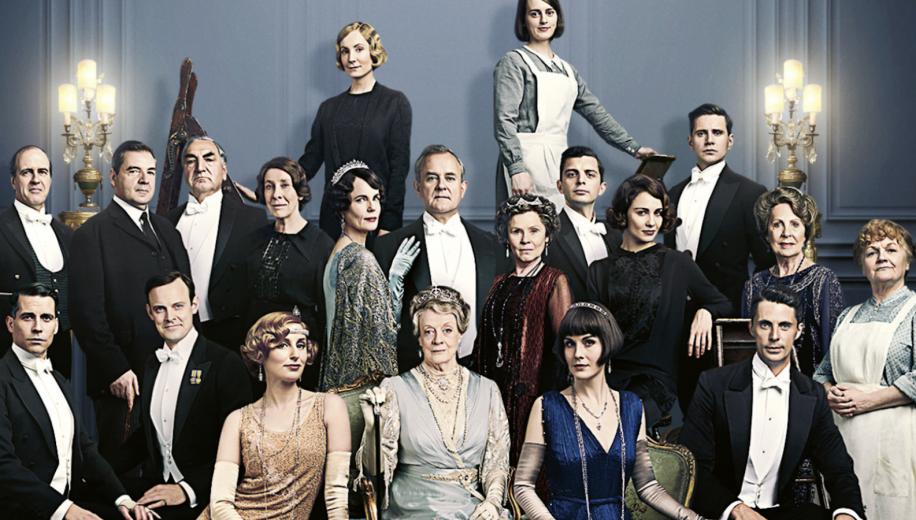 Downton is something of an institution now, a massively popular ITV production which has now graduated to the Big Screen for the first of what is now believed to be a series of features continuing the exploits of these beloved upstairs/downstairs characters. But it arguably started there, with series creator and writer Julian Fellowes the man behind the Robert Altman period drama Gosford Park, which started this whole ball rolling.

For their Big Screen adventure, the Crawleys and their beleaguered servants face a suitably grand undertaking - a Royal visit - seeing those downstairs put upon by the Royal staff, who seek to usurp their position during the visit, whilst the Crawleys have to deal with their own family politics, as past rivalries and disputed legacies come to the fore. And with various factions conspiring against the Royal visit, it'll take everyone coming together to pull this off.

Given its origins, it's almost a shame that Fellowes did not take this opportunity to afford the classic material a darker, richer and more textured approach harking back to Gosford Park, particularly since the new theatrical style is clearly more informed by Altman's epic look than anything fans would have seen on the TV. However, it's understandable not to want to alienate the already sizeable core audience, and Fellowes is instead intent on just delivering everything a fan would want from a lavish bigger budget adaptation, determined to allow every single one of these cherished characters to have their moment to shine, and largely succeeding on all counts. Certainly, those same avid fans could comfortably add a point to the score as a result. Recommended.

Fans of Downton Abbey - and, let's face it, you'll likely not have just humped on the movie without dipping your toe a little bit - may well be quite surprised by the leap up in quality between the show and the movie, especially given the largely identical setting (which itself has had a makeover). Stretched out to a considerably more cinematic 2.4:1 ratio, the framing is very different, allowing for an expansive look at the settings and scenery, and a lavish look at the house itself. Indeed, as aforementioned, there's more in common between this and Gosford Park, albeit with a much cleaner image here that merely revels in the decadence, the trappings and the finery on offer, enjoying the Royal aspect and movie-budgeting the whole affair. The colour scheme and lighting is similarly very different, revelling in the opportunity to go darker with spot lighting (again, there's some of Altman's Gosford in here), but balancing out the contrast superbly. It's not surprising to hear they were prepping this for 4K, and the disappointment that this was cancelled is mitigated somewhat by the lovely work done for the gorgeously demo Blu-ray.

A soaring effort
The accompanying lossless DTS-HD Master Audio 5.1 track is a soaring effort too, sweeping that signature theme over almost the entire movie, and helping bring you right back into the Abbey as a result. Even if the image is more epic in scope, the trappings more lavish due to budget, and the gloss dialled up to 11, that Downton score remains (albeit itself given a slight tweak for this outing, but barely so you would notice), dominating the array. Dialogue remains well-prioritised, whilst effects - however minimal - get decent coverage too, although it's that score that gives this an almost demo edge.

Universal serves up a fine banquet of an extras package which likely ticks all the right boxes for fans of the franchise, affording plenty of behind the scenes material to revel in the making of this lavish movie adaptation.


A fine banquet of an extras package

A number of Cast and Crew Interviews, a look at writer Fellowes integral work on the franchise, some Featurettes on the 20s setting and the Royal contingent, and a few Deleted Scenes too, all headlined by an Audio Commentary from the director.

Fans should consider it a must-have release
Downton Abbey - The Movie comes to UK Blu-ray courtesy of Universal, who initially disappointed by cancelling their 4K rendition of this hit movie spin-off, but have at least done fans proud with a stunning Blu-ray disc boasting excellent video and very good audio as well as a nice selection of extras. Those same fans should certainly consider it a must-have release.