Dot the I Movie Review 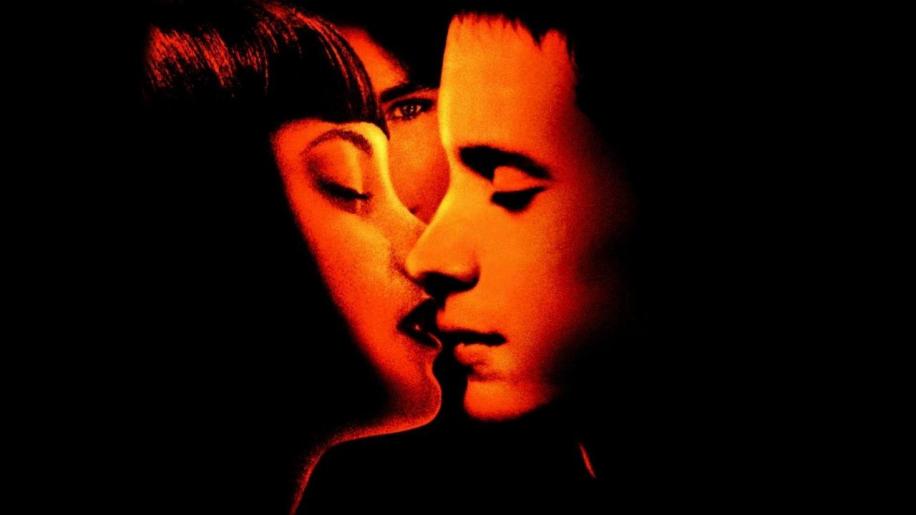 Forgive me if I don't elaborate too much during the synopsis of this movie, as to do so would do it an injustice. Carmen (Verbeke), a rather attractive Spanish lady, accepts Barnaby's (D'arcy) proposal for her hand in marriage. On her hen night, she and her friends celebrate in a French restaurant, where a custom is for the Bride-to-be to enjoy the last moments of being single and to kiss a gentleman, of her choice, while she is still free. She chooses to kiss Kit (Bernal), but the kiss soon becomes increasingly more passionate. Fleeing, she soon finds that she can't quite shake this stranger from her mind and a love triangle soon develops, but she also can't quite shake the nagging feeling that someone is pushing Kit into her arms.

Sometimes, not often, but sometimes you see a movie that's not on your radar and it surprises you. This is one of those movies. Not knowing directly, but sort of recognising the two male leads, this movie boasts no real stars and that is the beginning of its blessings - having to rely on its narrative. The movie seems very straightforward to begin with, the love triangle being woven and other plot developments, such as why Carmen's arm is scarred. However, 60 minutes later the movie gives you a bit of a kick by turning things on their heads and suddenly it's going off on a tangent we didn't quite expect. By the end however, the tone has shifted and the ending is rather nicely done and certainly not what you would anticipate from the first half hour, although it does drop hints along the way. Cast wise, sure the actors aren't major league stars, but they certainly are believable enough, especially Verbeke who reminds me of Penelope Cruz but clearly younger. It is however, blatantly low budget, but this isn't really an issue, as the story is tight and well paced, so much so that it never drags. I'd seen comments about it being this years Memento, which I disagree with totally. In fact, there's another movie it reminds me more of, but if I told you it's name, I think it would take the edge off of this one. Suffice to say, I've said enough about the plot and I recommend you view this movie. For every “Four Weddings” that we have to endure, we occasionally make a really nice little movie that's not a typical romantic comedy and thankfully, this is one of them. I really enjoyed this.