The more things change the more they stay the same 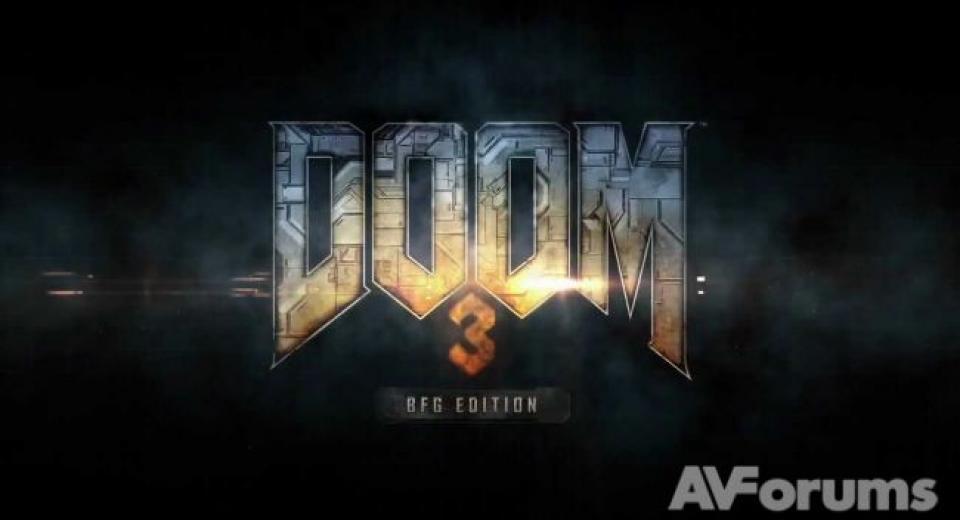 As we march forward into shooter season 2012 at full speed with one eye on the next generation round the corner, it's interesting that Id Software and Bethesda Softworks have chosen this moment to re-issue not just a re-mastered Doom 3, but its add-on pack, 8 new levels and Doom I & II for good measure. At a time when the industry and particularly this genre is being critised for failing to innovate and interest; is it just serendipitous that the company who literally birthed the genre have redelivereed their most popular product to date? Or could Id be treating us to a history lesson which can offer us a better understanding or even appreciation of the current state of affairs? After Wolfenstein 3D first placed a weapon in our disembodied hands in 1993, Doom exploded onto the scene with as much controversy as it could muster. Unprecedented violence? Check. Satanic imagery? Check. Tenuous links to real world violence? Check. Back before gore looked realistic and chainsawing someone in half became routine, Doom was pretty much all of the Daily Mail's Christmases and birthdays at once.

It was also the game that began a genre love affair for a generation of gamers (myself included). The impact of controlling and interacting with a 3D world cannot be understated. Add in being able to shoot your friends via the internet for the first time and the masterstroke of shareware making a third of the game available for free and the rest, as they say is history. Doom II refined the original and both versions are provided in the package in all their 4:3 sub HD glory. Most who were there the first time round will no doubt either own or have replayed these titles so often their inclusion is trivial, but it's a nice "Why not?" gesture which allows you to have all the Doom history in one box; and for those who were too young the first time round it's an interesting and worthwhile look at the birth of a genre. In the first of many paralells with the industry today Doom 3 was a reboot of the original Doom franchise. Using the at the time new idtech 4 engine; it was a visual marvel with the lighting and redesigns bringing new life to the dark Mars UAC facility and the hellish incarnations it brought forth. This remastered version does what it can with the 8 year old visuals, with some improved textures here and a rock solid 60 FPS framerate there, but it's still got the jagged edges that belie its age.

Doom invented the corridor shooter and Doom 3 bought the concept forward in terms of visuals but is still as linear as they come. This is used to create a lengthy haunted house ride where they try and make you jump at every opportunity. Monster closests and spawns lie round every corner, aside from health, ammo and armour pick ups, there is the odd pda to pick up or survivor to interact with but largely you simply push your way forward unlocking doors and pulling the trigger. The game still does a good job of delivering its jump scares; for maximum effect turn down the lights and strap on your favourite set of headphones and find out just how high you can leap off your sofa. Its impact is however dimished by some gameplay changes. In a consession to the mod released shortly after the original release the flash light is now attached to your weapon at all times instead of constantly forcing you to pick between firepower and visibilty. As annoying as it was creeping through pitch black corridors and switching to the flashlight to illuminate every noise you encountered, it was central to the tension.

In BFG Edtion the flashlight does deplete and recharge but not at rates which cause any real issues when dealing with enemies. This addition does somewhat negate the survival nature of the title and forces it to rely on the barebones "run and gun" gameplay the series is famous for. The expansion Resurrection of Evil wears the fact that Half-Life 2 came out shortly after Doom 3's release on its arm by including its own version of the gravity gun. It wisely changes the setting and adds a few other weapons and enemies but still hangs its hat on the solid shooting mechanics. It's a good thing then that this is something it is very good at, all the weapon variations we have come to know and love are here and although they are missing some of the modern feedback we are so fond of such as enemy reactions and a great deal of weight; still they are just as fun to use as ever. The challenge comes from using the right weapon for the right enemy, it might be tempting to use the ever effective shotgun on everything that moves but you might find when you really need it your clip will be empty.

As good as the shooting is its an in escapable fact that the game feels sparse, devoid of the collectibles, customisations and systems we have become so accustomed to. It certainly feel like much of the same throughtout; yet there is purity of experience here. With all the chaff that has been added over the years there is something refreshing about a simple twitch shooter which is trying to catch you out round every corner while giving you increasingly more powerful weapons and deadly enemies in equal measure.

Doom 3: BFG Edition can't be compared to its modern day descendants; but then again they all owe their existence to this very series. Doom 3 is a simple but effective survival first person shooter, some may find it barebones and repetitive in the light of the last 20 years of advancements; however I found it to be a refreshing look back at gameplay which simply did what it said on the tin and did it pretty well.