A magnificent piece of art 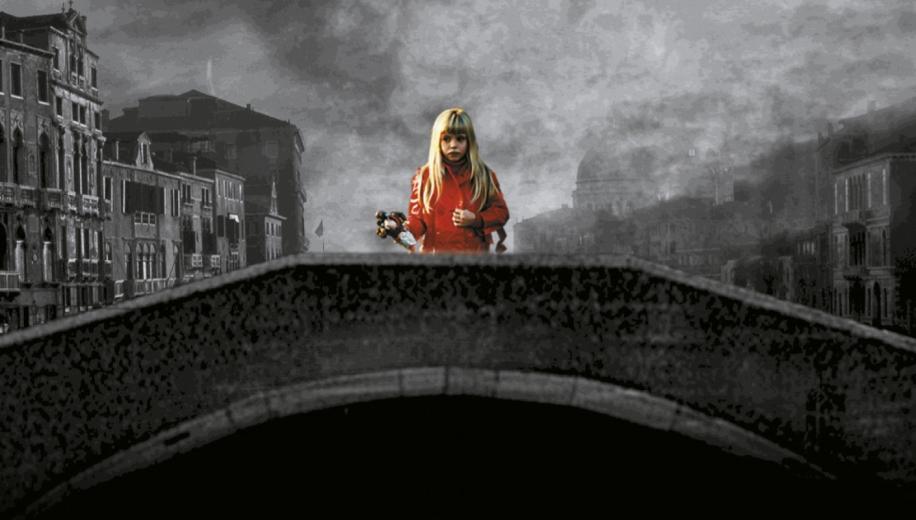 This one who's blind. She's the one that can see

Having topped the Time Out Best British Film of all Time poll twice in a row (personally I think The Wicker Man ought to hold that), Don’t Look Now, is rightly regarded by critics and audiences alike as a masterpiece. It comes from a time in cinema when directors were able to truly put their vision on celluloid, before the bean counters came along and films became made by committee. Adapting Daphne Du Maurier’s short story of the same name for the cinema led to a few alterations, all for the better; most significantly the opening death scene, which really sets the tone, and, indeed, the sombre mood for the film.

Reog gets the very best from his actors, the chemistry between Donald Sutherland and Julie Christie is incredibly natural. His style of following the action, almost documentary in nature, puts the audience into the picture. And that relentless pace; every scene building the tension, the unseen mystery, the unknown murders, the visions – every frame has a meaning and every scene a story. Take, for example, John leading Heather home from the police station; every previous time we’ve seen Heather she has been brightly dressed, now, this close to the climax, she is suddenly in black, leading John over a river towards his inevitability – allegorical to Death leading a soul over the river Styx, no?

Don’t Look Now is a dark horror, any parent will understand the devastation at losing a child, that in and of itself his true horror; but to explore that loss in the context of premonition against the backdrop of murder is complex and inscrutable. The characters exist out of time, just as time seems to stop after a loss so deep, while actions conspire leading to an inevitable conclusion, one glimpsed in the first scene. The film is shot through with melancholy, and reeks of desperation, there is no escaping it, and when the climax hits, you are exhausted. A masterclass in film making from story, to editing, from score to cinematography; the whole is made up of its parts to form a glorious and magnificent piece of art.

Stunning. This new release is simply the best there is. Detail is out of this world; from skin texture, to crumbling masonry, from water surfaces to clothing weaves, from leafy glades to paving slabs – everything has keen edges in the context of the film stock used.

Colours are sublime, all the primaries are well delivered, with special significance to red, which shimmers against whatever backdrop is required and changes its meaning as the film progresses. Flesh tones are natural, blues and greens are tight.

The source is almost immaculate, the occasional hair remains and some very slight damage, but nothing significant; while the grain has been retained to give one of the best filmic transfers I have ever seen; not to put to finer point on it, this is a truly breath-taking transfer. The English Dolby Digital 2.0 track, whilst ostensibly basic in nature, is actually an extremely well mixed core; there is significant bass to the track, especially in the opening scenes, while the dialogue and score are each layered to give a coherence seldom heard in mono. Effects are well realised, dialogue is clear and natural sounding, while the score comes through with presence and bass. It is obviously ARDed and there is a feeling that the ‘tone’ has been turned down to enhance the bass somewhat, but it is still clear and bright with nothing lost, and is free from hiss, pops and distortion. UHD
Pass the Warning: Taking A Look Back at Nic Roeg's Masterpiece – 40 minute feature that examines Roeg the man and director before looking closer at Don’t Look Now, interviews with David Cronenberg, Danny Boyle, Brad Bird, Andrew Haigh, Stephen Woolley, Peter Bradshaw and Anthony B Richmond. (New)
A kaleidoscope of meaning: colour in Don't Look Now – 16 minute piece that looks at the use of colour throughout the film with special significance on red. (New)
4k Restoration featurette – 6 minutes showing the astonishing work to achieve the remarkable results. (New)
Audio Commentary with Nic Roeg – Archival piece with the director talking through the film. Nic Roeg’s disturbing, beautiful, melancholic and dark horror film, Don’t Look Now, has been haunting audiences for over 45 years, and it is easy to see why. The tragic story of a couple losing their child, only to fall into prophecy and murder is played out with such verve, when cinema was at a creative peak allowing directors to place their vision pure and unsullied onto the screen, struck and continues to strike such a chord with audiences, old and new, because it taps into human consciousness. It is a masterclass in film making: from story, to editing, from score to cinematography; the whole forms a glorious and magnificent piece of art.

As a 4K UHD package, the set from Studiocanal is magnificent. The native 4K image is simply one of the best filmic images there is, with detail, colouring, black levels combining with a beautiful and sympathetic HDR pass, while retaining the essential organic nature of the photochemical process. The mono sound track whilst ostensibly basic is very well layered with a good bass level and is clear and distinct. The extras package is also wonderful, with all new material accompanying archival features as well as posters, art-cards and a 60 page booklet. A must own set.