Doubles down on the tension and gore 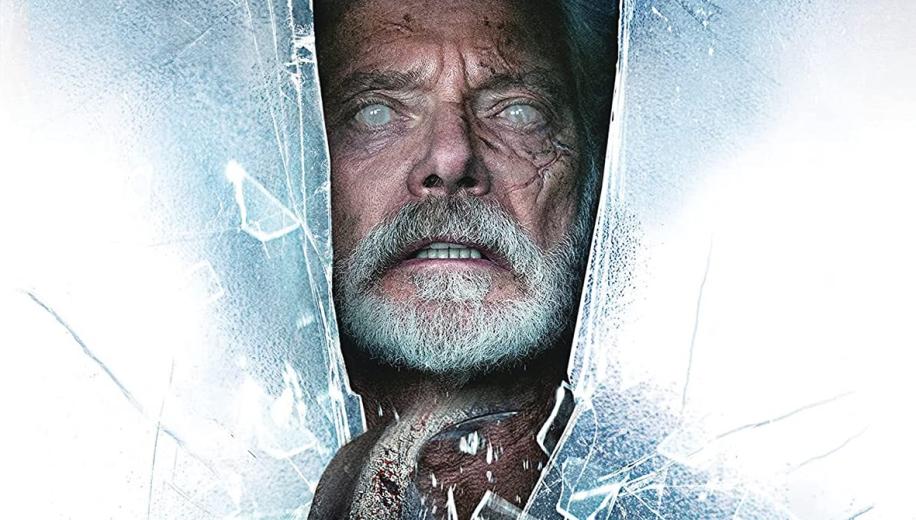 Now you're gonna see what I see

Norman Nordstrom, the blind man – rapist, kidnapper, murderer, but let’s completely ignore that shall we?

Don't Breathe 2 repositions poor Norman as a decorated war veteran, a Navy SEAL no less, who has suffered for his country and is quite literally scarred. Eking out a meagre existence, not only has he lost his sight, but a horrific accident also robbed him of his daughter. What is he to do but start again, this time by rescuing a defenceless young girl who escaped from a burning building and raising her as his own daughter.

Norman is now merely misunderstood. Suddenly a loving parent; a stop at nothing, do anything for love father, in the same vein as Arnie in Commando. Instead of being rightly vilified he's hailed as the hero. When his house is attacked, he defends it, with deadly force. When his child, whom he has been training to survive is threatened, he reacts in kind. Force is his action; extreme, unprejudiced force. Despite his disability he has adapted to his surroundings; using his home advantage to exact an escape. But despite his best efforts, a single disabled veteran succumbs to much younger, trained, would be assassins and kidnappers. With no choice but to venture out, Norman using cunning and guile, a befriended dog, the movement of water, his own training, and his desire to right the wrongs against him, and sets his world to rights. He is unstoppable, uncompromising and exact. Proving that love will find a way, his redemption, if in this sequel he ever even needed it, is assured.

Don't Breathe 2 pays little more than lip service to the horrific turkey-basting revelations of the last movie, uncomfortably repositioning Norman as a hero. Here he is only acting like every action hero before him; using his fists to save the girl. Don’t Breathe was a refreshingly brutal survival horror with a biting twist, but its sequel is a basic story of the downtrodden fighting back, the just against the unjust, the ends justifying the means. The filmmakers would like us to believe that Norman remains the same, he reacts the same – it is out of protection for his own, that his actions might be morally grey, but then so are every ‘heroes’ actions when they are out for revenge. Indeed, Don’t Breathe 2 is all shades of grey: the villains of the piece have their own agenda, and even the daughter isn’t without questionable layers. Don’t Breathe 2 doesn’t change the character of Norman, only the setting, choosing to, rather than address the impossible evil, instead utterly ignore it. In this regard, Don’t Breathe 2 is the perfect sequel, just to a completely different movie.

Don’t Breathe 2 was shot digitally using Arri Alexa Mini with a resolution of 3.4K and finished as a 4K DI, from which it appears this UHD is sourced.

The native 4K image affords some exceptional detail: the crevice like wrinkles of Nordstrom’s face, the ripped, grimy and patched nature of the clothing weaves, dog fur, vegetation in the green house, wood grain, wall coverings – there are keen edges and no softness.

The colour palette is all rather dour, but this is given strong representation with HDR and the WCG, so the pushed oranges and browns are rich and deep. Flesh tones are a tad thin, but this is intentional, while primaries can be bold and striking; check out the reds at the climax, the screen positively glows!

The majority of the film takes place in the dark, and the black level is for the most part, deep and strong, hiding decent shadow detail when required. The rare occasion of crush and grey was noticed, but there are no such issues with the white scale, which beams out. Check out the torch light, car headlamps or blazing fires.

Digitally there were no compression issues, though some posterization was noted both early in house and later at the climax, but it’s blink and you miss it; while the original source is perfect.

The Dolby Atmos track is eerily awesome, making full use of the 3D surroundscape to place you in some very tight corners. When the gang are creeping around the house, the creaking of the floorboards, the soft footsteps, the knocks and bumps are all around and above – it truly is nail-bitingly tense – and one of the best uses of the format to date. Indeed, the sound design is accurate to the point of being awful; want to know what it’s like being inside a tank filling with water, now you don’t have to.

Bass is tremendous, from various fighting impacts, to explosions to gun shots to the score, the sub has plenty to do, and it’s tight and deep. Dialogue is natural sounding and given some directionality, while the score makes good use of the dynamics and the surroundscape. Whilst the action scenes do a terrific job, this track is at its best when it’s quiet and creepy!

The very basic selection of extras are, at least, found on the UHD.

Bad Man (Slang is Back) – Featurette.

Blind Navy SEAL veteran Norman Nordstrom is a poor guy who just can’t seen to get a moment's peace; minding his own business raising his adoptive daughter, hoodlums break in trying to kidnap her; so he’s soon back to his old deadly tricks. In many ways Don’t Breathe 2 is the perfect sequel, only to a different movie, it keeps the lead character the same, with the same motivations, but just changes the setting, ups the ante and doubles down on the tension and gore.

Perfect Sequel, only to a different movie

The 4K UHD set is pretty good, the picture is well detailed and gives vibrancy to the dour colour palette, with a strong black level and striking whites. The Dolby Atmos track is a real winner, with incredible ambient effects, strong bass and an immersive atmosphere. The extras package whilst light is at least housed on the UHD.