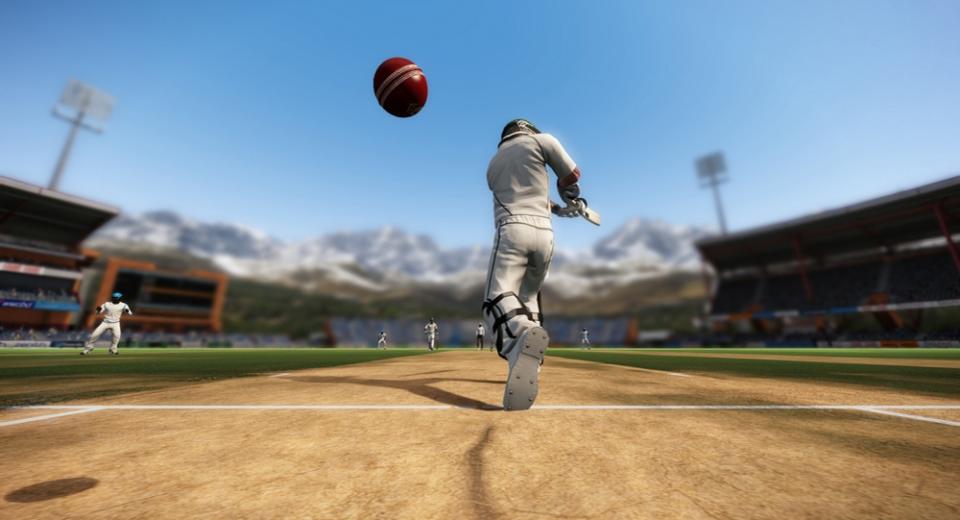 Good things come to those who wait, and the wait for a genuinely great cricket game has been longer than most.

Originally due to come out around the time of the 2013 Ashes Series last year, the delay meant missing the chance to coincide with just about the only sporting event that might have swung a bit of the neutral sports fans’ attention. The time looks to have been put to good use though, and surprisingly the end product is just about everything a cricket nut could wish for; with an odd glitch or two left in.

The eponymous branding may seem a bit strange to those uninterested in cricket - the names of past greats aren’t as ubiquitous as the current crop of football superstars - but it’s a smart move. If you don’t know who Don Bradman was, then this game isn’t for you.

If you’ve passed the speakeasy test of knowing The Don, then the likelihood is the absolute plethora of cricketing minutiae that will bombard you in the opening few hours won’t be off-putting but rather the equivalent of bat on willow catnip.

There are few proper licences tied in with this game, but the option to download (which is hinted heavily for everyone to do) the creations of the community remedies that. Every face, team and stadia you could imagine - and quite a few you didn’t expect to see - is in there.

Botham does look a bit like the Wolfman, but the Abe Lincoln recreation is spot on. Cricket’s always been a tough sport to transfer to videogames. Given the similarities to baseball, it’s strange that the US’ drinking-fuelled spectate-a-thon has fared so much better. That’s often been due to developers paring down the finer points and leaving an experience tailored towards the big hitting home runs and simpler mechanics, albeit with some tactical play left in for those willing to delve deeper. What the Australian developers of Don Bradman Cricket 14 - Big Ant Studios - have done is effectively reverse that, and it pays dividends.

If all you’re concerned about is seeing the ball fly into the stands or pulling your best Flintoff victory pose, you’d effectively be trying to play one iota of a game that offers a far grander scale. Batting, bowling and fielding all have skillsets to learn, and if you’re willing to invest the time the pay off is a deep tactical experience that hinges - just like real cricket - on patience and the euphoria of that breakthrough moment.

In a control scheme that vaguely evokes the revolutionary stick use in EA’s boxing Fight Night series, the twin thumbsticks are used in tandem for both batting and bowling. Bowlers first need to choose their length via a face button, either good, full or short. At the same time you select a type of delivery via the left thumbstick by pushing it in one of the eight directions; outswinger, inswinger, seam, leg cutter, they’re all there. Once your bowler hits the crease you must time your jump with a backwards pull of the right thumbstick followed by a flick forward to release the ball.

Spin bowling adds another little twist (no pun intended) by utilising a rotary motion on the stick to build spin. Again, it needs to be timed in conjunction with the release of the ball. It may sound a tad elaborate, but it becomes second nature very quickly. After a couple of hours you’ll be more concerned with the important elements - such as your choice of delivery and the field set-up. Batting offers similar dual stick usage, but adds in even more finesse by integrating the triggers as well. Your right stick is the bat, to be pointed in the direction you wish to strike and timed accordingly. Simple, you think to yourself, in no time flat I’ll be chipping away at Lara’s record. Not so. The first detail to take into account is your positioning. With the left stick you control your position in the crease, both left-to-right and whether you’re hitting off the front foot or back. This is less important against fast bowlers, but the Warnes of this world will destroy you if you can’t master your footwork. Playing as Viv Richards I swatted away all and sundry who came at me with pace (admittedly not on a high difficulty setting) but a slow spinner from Leicestershire humiliated me.

Then you’ve got the triggers to take into account, and all four are needed if you’re to tackle a full test. Combined, they provide five options to your striking: aggressive, defensive, aggressive ground stroke, unorthodox and advance down the wicket. It’s easy to ignore the latter two options until you’ve got to grips with timing and footwork, but if you want to properly exploit the gaps in the field you’ll need them. You can get by in the early hours and shorter formats by taking your chances and seeing how many balls you can thwack over long on, gambling with wickets in a five overs match, but that quickly becomes boring. The first reverse sweep you execute correctly will elicit elation and more importantly open up new playing options to you. All the strokes take time to master, and in pursuit of showboating you’ll throw your wicket away cheaply more times than Kevin Peitersen, but that’s what makes this such a great recreation of the sport. Even running between the wickets is a skill, as the camera - which initially feels constrictive by not offering a better view of where your shot has gone - keeps you in the batsman’s viewpoint, meaning you need to listen for the shout from the non-striker’s end.

It’s a balancing act, both in the field and at the crease, a mixture of pragmatic patience, flair and risk taking is necessary in different measures for the various formats of the game. And they’re all here, from T20 to a full test, you can find the one that suits you, and the ability to save in the middle of an arduous battle of attrition that’ll last for hours is certainly appreciated. The game is chock full of just about everything you could ever wish for from a cricket game, even down to information about batsmen - be they precise, opportunistic, conservative etc. - and some historical information about Bradman himself during loading times. It’s not all superlative, and the areas you’d expect a game from a less-renowned studio (well, all sports game studios seem minor in comparison to EA’s efforts these days) to falter in are visible. The graphics put the emphasis on solid animation for the batsmen and bowler above all else, with some fairly nice stadia recreated. Inside the stands though, the crowds in-game are old school static affairs and the grass is of the astroturf variety. The threadbare commentary makes a few slips and falls into the trap of repetition, but just about manages to hide its inelegance behind the prevailing atmosphere of calm and silence.

In a way this lack of continuous commentary feels fitting with the game, the quiet moments dominating as a field is shifted around and you take a breather to view the set-up through the batsman’s eyes. The only unavoidable and unmitigated flaw is that of glitches. Generally the animation stands up well, particularly in batting and bowling movements, but the fielders can be erratic. Nothing shatters the atmosphere like seeing a fielder pause as a ball teleports five yards. Maybe I’m keen to make excuses for the game, because it excels in all the important areas, but if you’re a cricket fan, and considering all the positives this title throws your way, I’d wager you won’t find these rare instances as infuriating as a football fan will the identikit scoring methods in the latest iteration of their previously-favourite franchise *cough* lobbed through ball *cough*.

The career mode is the ultimate way to test your skill, but only to be attempted once you’ve mastered batting as the difficulty is somewhat steeper. Like any modern sports game, you follow one man through his career, in this case a total of twenty years. The down time when you’re not in the thick of the action can be simulated, meaning you don’t have to spend days on end standing out at third man. If you’re a numbers fan who likes watching scorecards whiz by you can always set the simulation to pause after overs, wickets or sessions to check on your team’s progress.

Don Bradman Cricket 14 has depth in all the areas that count, with a control system that finally incorporates the finer details of the sport. The game offers satisfaction in much the same way as cricket spectating: you need to invest the time, learn the intricacies and only then will you appreciate what, to the layman, may look a bit dull.

Every possible facet imaginable has been thrown into the mix, teams from every corner of the globe - from all time greats to the IPL - playable in every format of the game, tournaments, online, info about the last over, a review system - complete with its own versions of Hawkeye, Snicko and Hotspot - and even the option to shine the ball! It’s all here, and if you choose to, you could lose yourself in the details.

It may lack polish in presentation, have a steep learning curve in some areas and offer up the odd erratic peculiarity, but the underlying game reeks of a creation designed for, and by, cricket fans.