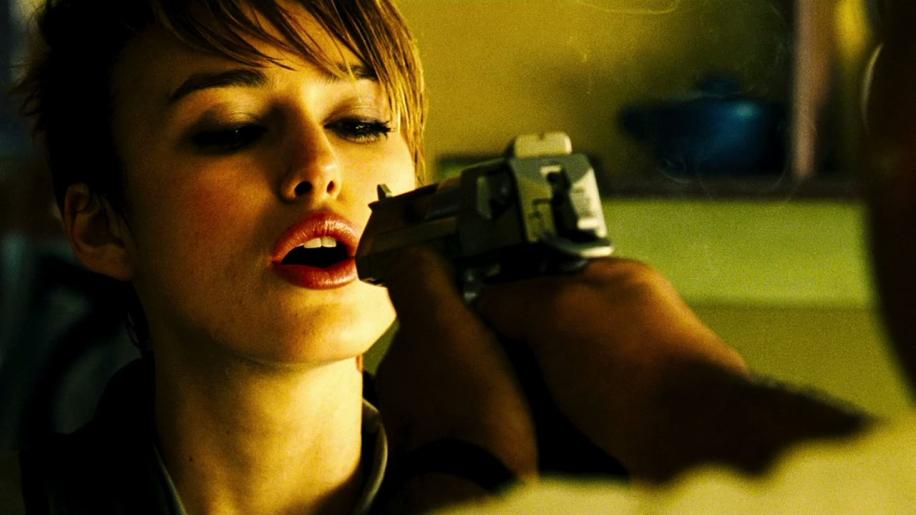 Full marks to the transfer for bringing Scott's distinctive visuals to life on this anamorphically enhanced release. The richly saturated and aggressive colour palette is faithfully recreated here with an impressive breath and range of strong deep colours and solid blacks. The picture copes admirably with Scott's rapid fire direction, and handles his varied filming techniques with an assured and consistent representation. There is very little in the way of the usual tell-tale deficiencies with little impact from digital artefacts or edge enhancement.

Equipped with a DTS audio track and a 5.1 track, the disc offers a pretty respectable showing on the sound format, with the obvious slight edge to the DTS. Both tracks show a nice special versatility and work well to create a reasonably effective ambiance to the proceedings. Separation is pleasingly expansive and there is a good solid use of both front surrounds and rears pretty much all of the time. As with the film itself however, there is some bad to offset the good, although here it's only minor complaints that stop this from being a textbook audio but don't really serve to diminish the listening experience to too great a degree. I personally would have liked to hear a more muscular and powerful track to really complement Scott's confrontational style. Although the LFE is always beavering away, there are instances where you do long for it to cut loose and really get its hands dirty with some serious noise. Likewise for such an otherwise well disciplined and constructed mix, the dialogue does seem a touch weedy and underdeveloped now and again, coming a poor second to the solidly constructed effects and soundtrack Still these are minor quibbles on what otherwise is a perfectly adequate showing.

First up we have two audio commentaries included. The first is with director Tony Scott and writer Richard Kelly, and is a great listen. It appears both Scott and Kelly's audio has been recorded separated and sliced together into one commentary. Whilst this deprives us of any banter between the two, it does ensure that there is absolutely zero dead air in what is a very informative and detailed track. What gives the commentary added depth is that we have Scott looking at the film primarily from a directorial standpoint, whilst Kelly offers a greater insight into the creation and motivation for the characters.
The second commentary is an entirely different beast, not strictly a commentary per-se but instead basically being comprised of various recordings of development meetings between numerous crew members. This is certainly a novel and original approach to the format, and there is some nice exposure to the formation of ideas that would become the film. Unfortunately, it provides a less than stellar listening experience sitting through it, akin to eavesdropping on somebody's conversation without being able to contribute. Next up is a collection of seven deleted/alternate scenes, all with optional commentaries from Scott and Kelly. These scenes range from expansions on present material through to completed exorcised scenes. All are perfectly watchable, if a touch superfluous to the film. There is a twenty minute documentary on the real life Domino Harvey, with excerpts from an interview with Harvey herself, behind the scenes footage, and interviews with cast, crew, friends and family. The unusual nature of Domino's life ensures this is never less than interesting, however one can't help but be given the impression that this documentary is tailored to project and image of Domino in keeping with the characteristics of her on-screen persona. Hence we see a great deal of Harvey as the tough no-nonsense gunslinger, a little less of the dark side to the woman. Next we have a ten minute featurette on Tony Scott's distinctive directorial style entitled 'Bounty Hunting on Acid'. This describes how indebted the film is to techniques developed in Scott's other career as an advertising director. One can't fail to be impressed at the sheer level of technical skill and artistry Scott possesses, even if his stylistic choices on film can be called into question. Rounding off this relatively generous collection of supplements is both the theatrical trailer for the film, and also the teaser trailer.

An enjoyable enough actioner if taken on a base level, Domino suffers from a case of the Explorer's New Clothes. All dressed up in a flamboyant and garish cinematic aesthetic, there is very little beneath the flashy exterior. The end result is a pleasing enough two hours, but don't expect to see anything of the real Domino Harvey, whose character finds itself lost behind the extreme elaborate posturing and overwhelming machismo of Tony Scott's direction.