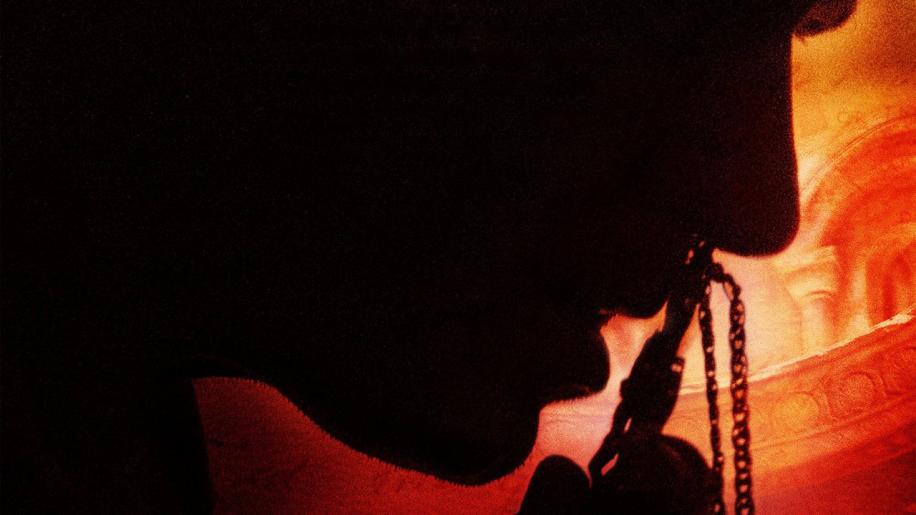 Dominion: Prequel to the Exorcist Movie (2005)

The history behind this movie is a patchy one at best. This is the first of two prequels which were commissioned by Warner Bros. The second version was commissioned after Warner thought that the original was not gruesome enough. This angered many diehard Exorcist aficionados by completely missing the point of the original: to create a hugely atmospheric air of dread, not the blood and gore of a slasher! So is this, the original prequel, a better bet than the tawdry remake?

Yes it is, but this doesn't make it a good movie. The basic premise is the same as Exorcist the Beginning. We have a disillusioned Father Merrin (again played by Stellan Skarsgård) who, after a run in with the Nazi's, has abandoned God and the Christian Faith. Merrin becomes a travelling consultant type who is forced into co-operation with the occupying British army, and the Vatican, in an archaeological enterprise. Apparently, there is a buried church in an area, and from a time, where Christianity wasn't thought to have existed. More to the point, why was the church buried to start with?

So starts the prequel and also the problem with both movies. The script is, well, boring. The original Exorcist is a slow burner for sure, but from the moment Merrin stands opposite the demon statue there is an ineffable sense of utter dread through the whole movie. With Dominion, things are far too laid back with only sparse moments of tension interrupting the stagnancy of the plot. It doesn't really help that in amongst some rather outré occurrences (cannibal Cows anyone?) there is someone miraculously being cured of all ails. Not exactly the height of evil.

Another problem is the acting generally. Other than Skarsgård and Ralph Brown, who plays a British sergeant, the characterisation is as wooden as Button Moon. This is especially true of the British commander who is supposed to be going slowly insane but looks anything but.

Biggest offender of all, though, is that this is just not a scary movie. There is no tension. There are no identifiable sources of evil until well into the movie. There is no real attachment to the onscreen characters, especially as things become more tense and what shred of humanity some people had leaves them.

I suppose that it is easy to understand why Warner remade Dominion. As it stands, there just isn't a good story here - it's just a shame Warner didn't tackle this most fundamental of errors when the re-remake was made.