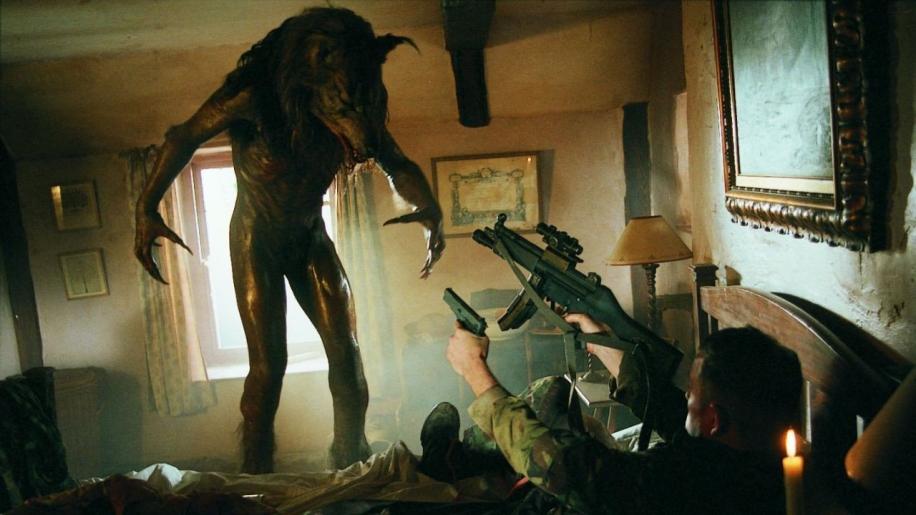 This 2001 Neil Marshall directed film has all the hallmarks and appearance of a lowish budget FilmFour presentation. This should not, however be considered a bad thing. Set in the Scottish Highlands, a squad of soldiers (led by Sean Pertwee) on tactical manoeuvres encounter another squad who have been literally torn asunder. Taking the only survivor and as much live munitions as they can find the squad seek refuge until communications with the outside world can be established. During a chase by unknown assassins they are picked up by “happened to passing in her Land Rover” local and taken to a nearby farmhouse. As the sun sets the remaining squaddies have to defend themselves against an all night siege by what appears to be werewolves.This I enjoyed, there are no Hollywood pretensions, it has a thoroughly British feel to it. Apart from the odd hammy Pertwee line, generally the script and dialogue is tight with good humour. Casting and characterisation are well judged, and despite not having anything other than man in hairy suits, the whole werewolf theme is kept well grounded and perfectly acceptable.Recommended.