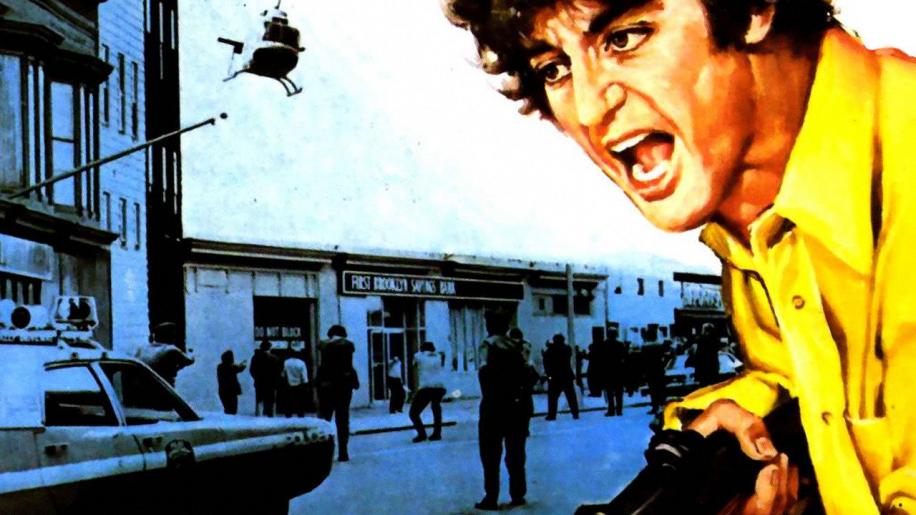 Arguably as good as Robert De Niro, I rate Al Pacino as one of my favourite actors of all time. Capable of taking on a wide diversity of different roles and bringing to every single one of them unquestionable passion and intensity, he has become slightly clichéd in his trademark 'shouting' form of acting. I've never found this a problem or an impediment against utter enjoyment of his movies, but I can't think of many of his productions where he does not, at one point or another, go completely postal and start shouting surprisingly loudly. Whilst quality Pacino films may be a bit thin on the ground at the moment (although post-2000 he has proven to be much more reliable than De Niro for making watchable movies), back in his heyday he was lauded for performances in movies like Francis Ford Coppola's Godfather, Sidney Lumet's Serpico and Brian De Palma's Scarface, as well as this movie (also directed by Lumet), Dog Day Afternoon.

Sonny and his two-man crew are planning on robbing a bank. No big deal - it's just a small branch and it should be an in-and-out job - but these guys are strictly amateurs and, right from start you can tell that they don't really know what they are doing. What should have been as easy task turns into a debacle, with the police surrounding the building, Sonny having to take the bank workers hostage and the media soon turning the whole thing into a circus. Rather than go down quietly, however, Sonny decides to take his cause to the public forum, rousing the crowd with shouts of 'Attica' and state oppression, winning them with his passion and his rather unique cause - and making it hard for the dozens of trigger-happy cops to assault the building.

Dog Day Afternoon is an unusual type of drama, possessing the same kind of political edge as Director Sidney Lumet gave Serpico, only with more of a slant in the direction of media farce. At times comical, you would find it difficult to stomach some of the narrative were it not for the fact that it is all based on real life events. All of it. Of course, what makes it really dynamic and captivating is Pacino's performance as the central figure, Sonny. I mean the movie is worth watching just for the tense verbal standoffs between him and the police (headed up by Charles Durning's Detective Moretti) whose hands are tied largely by the crowd and reporters and the politically inflammatory situation that Sonny has created.

Pacino gets to exhibit his shouting talents once more (and this time he's on particularly fiery form, getting so worked up during the filming of this movie that it led to a short hiatus from acting for him afterwards) and although he is clearly the star - and clearly the person who makes the whole movie work (even improvising the entire pivotal telephone conversation that he has with his partner) - he is still ably backed up by Durning, along with fellow Godfather star, John Cazale as one of his partners-in-crime. It is a tour-de-force for Pacino and Director Sidney Lumet and a movie that is likely to find a place in everybody's Pacino collection.