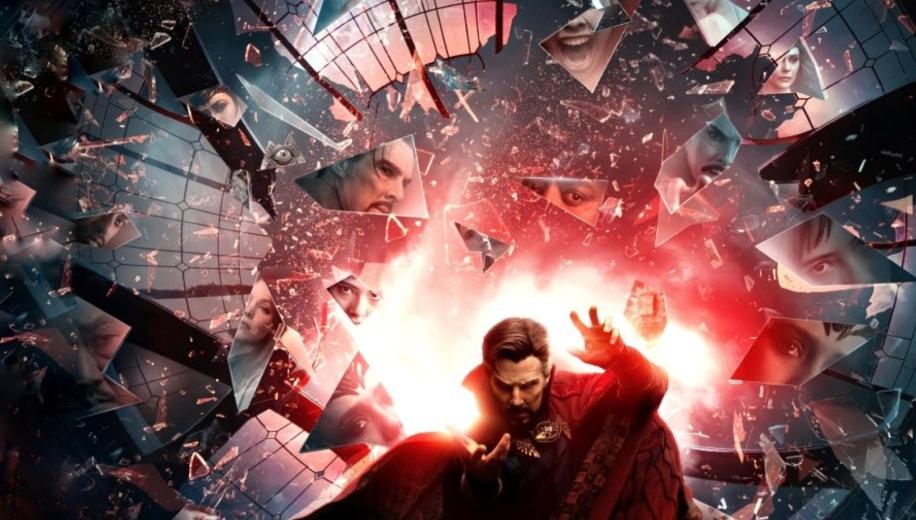 Doctor Strange in the Multiverse of Madness Movie (2022)

More Sam Raimi than Marvel, and more WandaVision than Doctor Strange, Multiverse of Madness is as close to horror as the MCU is likely to get.

The Multiverse has been brewing for some time now, with seeds planted along the way, and brought to fruition across such diverse entities as Loki, What If...? and, most recently, Spider-Man: No Way Home. It's a LOT. Whilst the possibilities are seemingly endless, that also makes things a little complicated, with Spider-Man nailing just the right dose of universe-blending mayhem, and Multiverse of Madness primed to blow the doors open.

... what you would expect if you asked the director of The Evil Dead and Drag Me to Hell to do an unfettered Marvel movie

As a new and potentially extremely powerful girl from another universe lands in Doctor Strange's lap - unsure as to whether he'll protect or kill her - the pair of them soon find that this concern is the least of their worries, with another formidable sorcerer on the loose and the future of more than one universe at stake.

It turns out that Madness isn't quite the grandstanding leap into the multiverse one might have assumed following No Way Home, but is instead almost precisely what you would expect if you asked the director of The Evil Dead and Drag Me to Hell to do an unfettered Marvel movie about a powerful supernatural being who becomes obsessed with righting a wrong (fans will have seen this before in the excellent What If... ? series too, which is absolutely required viewing prior to seeing this). It's also almost precisely what you would expect from a movie-scale follow-up to Marvel's audacious first TV outing, Wandavision (also required viewing in advance of this) and perhaps that's one of the biggest missed opportunities here, as it really would have gone down a treat released closer to that finishing airing.

... almost precisely what you would expect from a movie-scale follow-up to Marvel's Wandavision

Raimi fans will dig all the nods, the slamming doors, creepy reflected images, otherwordly beings, and... undead, this is definitely not a Spider-Man Raimi here, with the celebrated director clearly revelling in the opportunity to go just about as far as you can go in a 12A film - let alone in a Marvel film - with the shock scares, the eye-popping gore and the... undead.

Cumberbatch's Strange is on fine form, in a multitude of guises, Wong's Wong is just fabulously Wong, often almost stealing his scenes from Strange, and Olsen continues following her formidable turn in Wandavision to show a level of emotional and psychological depth rarely displayed in the MCU. Newcomer Xochitl Gomez is suprisingly good, even if her character has ridiculously goofy star-shaped powers, and a slew of cameos will undoubtedly please Marvel - expanded universe - fans with the miracle of inclusivity that these appearances reflect, across basically a quartet of disparate and hitherto notionally discrete Marvel properties. Less effective is Chiwetel Ejiofor, perma-frowning his way through a thankless glorified cameo, whilst a roped-back-in Rachel McAdams gets the most ludicrous Star Trek: Discovery-style uniform to thrash around in, in an attempt to perhaps distract away from the fact she's forgotten a) how to act and b) how to exhibit even a hint of chemistry between herself and Cumberbatch's Strange, which wouldn't be a problem in a film where this wasn't central to the plot.

It doesn't all work though, and for all the slick blockbuster sheen of the last Spider-Man movie, the gritty, almost low budget feel of Multiverse of Madness is almost jarring, with effects-laden sequences fine - and frequently cleverly (and musically!) ambitious - but smaller moments either the result of reshoots or just not given that extra layer of Marvel goodness to fit in within this universe. More often than not, WandaVision had a better scope and scale, and more often than not you find yourself reminding yourself that this is much better enjoyed as the Big Screen follow-up/conclusion to that TV show, than as the next chapter in the MCU (let alone the next BIG Multiversal blockbuster, which arguably this isn't). With that firmly in your mind it can definitely be enjoyed as an ambitiously horror-laded Raimi-driven MCU project, even if it's sometimes a bit of a mess.

Instantly making me fall in love all over again with what truly great 3D can be, the IMAX 3D version of Doctor Strange in the Multiverse of Madness really is the premium way to experience the film. While retaining all the inherent traits of a great standard IMAX presentation – the fixed AR of 1.85:1 and the 4K DI has constant razor sharp detailing and blistering colours on one of the largest screens possible – its 3D conversion drags you kicking and screaming directly into Sam Raimi’s deranged mind. From the expected standout showcases of the more trippier scenes in the film but continuing all the way through, the depth added to the picture is another layer of immersion, one that has seemingly been forgotten by so many since the format’s heyday. Marvel have long been the proponents of excellent 3D conversions and this is right up there with the very best that they have delivered so far. Even the Atmos track – delivered via IMAX’s own proprietary sound system - as hugely aggressive as it is, with some fantastic use of overhead speakers (the slow motion dripping of water in the third act chase through underwater tunnels) and truly huge LFE - is every bit as immersive as the 3D visuals. One of the best cinema presentations in a long time and if you get the chance, this really is the way to experience the film.

Doctor Strange in the Multiverse of Madness is available in IMAX cinemas from 5th May 2022 in the UK.

Doctor Strange in the Multiverse of Madness was filmed with Panavision DXL2 IMAX-certified cameras. This film was made to be experienced in IMAX, with up to 26% more picture with IMAX’s exclusive 1.90:1 Expanded Aspect Ratio, immersing audiences in the multiverse from beginning to end. In addition to more picture, Doctor Strange in the Multiverse of Madness in IMAX has been digitally re-mastered into the image and sound quality of The IMAX Experience® with proprietary IMAX DMR® (Digital Re-mastering) technology, coupling crystal-clear images with IMAX’s customised cinema geometry and powerful digital audio, making it the ultimate moviegoing experience.