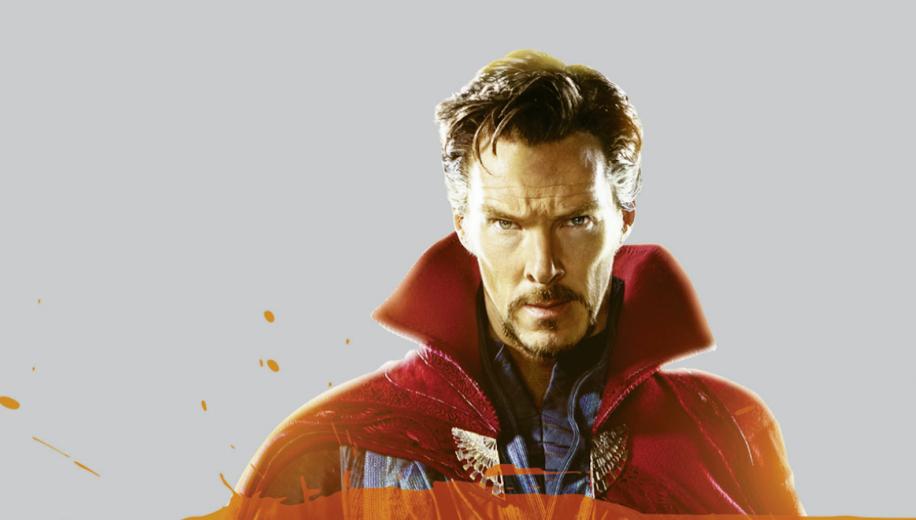 Marvel's Inception-like introduction to the multiverse is well worth a revisit.

Imagine the possibilities. Parallel universes, alien dimensions, multiverses, alternate Earths - all of a sudden the beloved characters played by Downey Jr, Hemsworth, Evans and even Ruffalo don't ever have to be 'rebooted' from scratch - we could just investigate their lives in another world, where they could be played by different, even younger actors, and given a new story which hints at what happened before (well, not technically, before, more at the same time). It'd be a little like Abrams' Star Trek, enabling multiple actors to play the same role without devaluing the franchise or ruining the timeline. That's what Doctor Strange meant for the Marvel Cinematic Universe back when it was released in 2016, and in a post-Endgame universe, this gift seems more relevant than ever.

Right from its Inception-on-acid opening sequence, Strange makes you giddy as a schoolkid all over again, throwing so many wondrous Escher-esque realities at you that your mind will be barely able to keep up. Using modern effects in simply the best possible way, the movie injects you into an unfathomable world of multiple realities and multiple dimensions, blasting your senses with the kind of visual opulence that makes Tarsem Singh's visions feel positively restrained.


The movie eschews the more classical Harry Potter form of spell-casting, in favour of the kind of approach Tony Stark would take, if he were a wizard

At once marrying the high-tech savvy of the Avengers' universe with the magical imagery of Strange's comic-come-to-life, the movie eschews the more classical Harry Potter form of spell-casting, in favour of the kind of approach Tony Stark would take, if he were a wizard. Its ability to feature wizards and sorcery and yet remind us of everything from Inception to The Matrix speaks of the perfect vision that horror director Scott Derrickson - a great fan of the source material - has adopted here, and one which seamlessly integrates into the MCU.

Doctor Strange may be thinly plotted and may seek to distract you with sound and fury (and a dash of Guardians of the Galaxy style humour), but it does so with such verve and passion that it's impossible not be swept up by it. This isn't Interstellar in terms of fifth-dimensional thinking, but it is Inception, at least in terms of its ability to construct - and destruct - visually striking universes like you've never seen before (and challenging the city-destroying end-of-level baddie that always finishes Marvel movies). It barely stops to breathe in its two-hour runtime, leaving you unable to pause to even understand - let alone criticise - some of the marvels you'll see, and offering but one option: go along for the ride.


Doctor Strange finally makes its UK 4K Ultra HD Blu-ray bow a couple of months after the US, sporting an impressive enough semi-skimmed 4K presentation due to its 2K Digital Intermediate.


This is a visually opulent realm, and Doctor Strange therefore has something of an advantage on the format

This is a visually opulent realm, and Doctor Strange therefore has something of an advantage on the format. Whilst the presentation may be deemed as ostensibly limited due to a 2K Digital Intermediate, past evidence has blown this nonsense of a label into the abyss (the John Wick sequels), and this 2016 Marvel entry fares impressively enough, pushing an uptick of clarity and texture over its 1080p counterpart, pulling tighter for better clarity, and going for a suitably glossy MCU-mold feel which is only unremarkable in that it's essentially competing against an already largely demo SDR presentation.

But that's where it pulls away from the competition really, as HDR and WCG still define the real differences, yielding rich and vibrant neon pop to the magical prisms and shapes manifested by the characters, casting a glow against the more reserved backdrops, and expanding out that Inception-esque realm with aplomb, as the shiny reflections and folded gravity-defying cityscapes leave your jaw on the floor. Of course, there's nothing that will really prepare you for the eye-popping finale, rich with a kaleidoscope of vibrant tones that look more impressive than ever with added HDR, and with strong black levels and peak whites to finish things off, it's a very healthy, frequently demo presentation that more than gets the job done.

This Atmos track is very good
The Blu-ray's original DTS-HD Master Audio 7.1 track was pretty-much reference quality, so upgrading it to an even more stellar Dolby Atmos track should have been a no-brainer, however, Disney abides, and the end result is marginally less conclusive, affording a strong and dynamic track which does boast some decent atmospherics, but also one which doesn't quite have the same sheer oomph as that old DTS-HD MA 7.1 one. The difference isn't a deal-breaker - those who want a more engulfing ride are going to prefer the Atmos one - but it also means that those who are not itching to complete their 4K Marvel collection may not pick up this title, which is a shame as the HDR improvements should really be enough of a selling point alone. Again, it should be noted, this Atmos track is very good, and isn't anywhere near as sub-par as some of the Disney tracks of old, but a hint more LFE wouldn't have gone amiss.

As per: nothing on the 4K disc, but all the old extras - Commentary, Featurettes, Gag reel and Deleted scenes - on the accompanying BD.