"It's dangerous for people who shine." 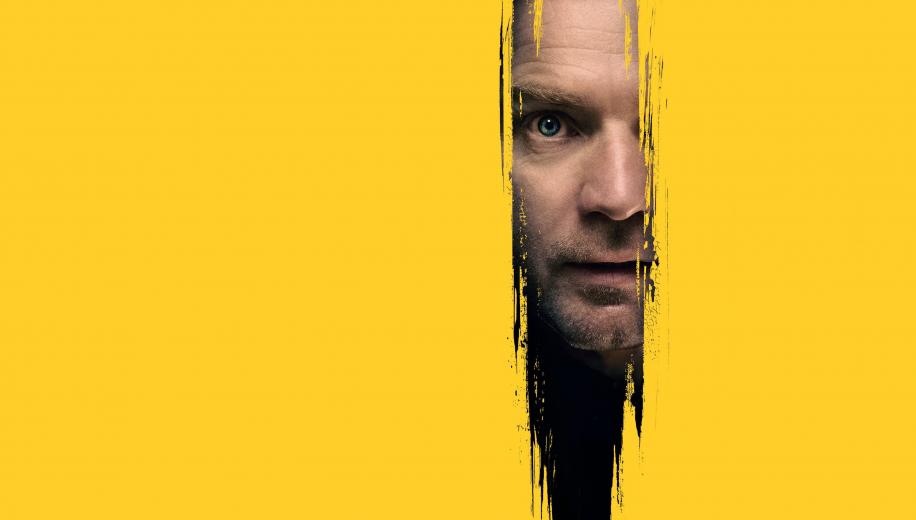 40 years after The Shining and Doctor Sleep delivers the impossible: a superbly atmospheric and disconcertingly creepy sequel to the 1980 classic and also an adaptation of King's sequel to the original book.

It would be easy to presume that they were much the same thing - a sequel to the original film and to an adaptation of the sequel book, but King famously disavowed Kubrick's distinctive but deviating vision of the source novel, electing to write his own novel, Doctor Sleep, perhaps as a subconsciously defiant follow-up to his previously overshadowed story. It was much more entrenched in classic King supernatural lore than Kubrick's more subtle and suggestive horror, which didn't really bother to take much time to explain what the hell was going on and instead just overwhelmed you with an unforgettably oppressive and somewhat disturbing mood and a succession of startling and visionary sequences - and of course mad Jack Nicholson at the heart of it.

As such, putting together a further feature, some four decades later, which both stayed faithful to the narrative of both novels whilst not ignoring the events - or indeed the visuals - of the disavowed film, was a hard task, and one which young horror auteur Mike Flanagan deserves credit for handling quite so well. Sure, the end result proved divisive - an attempt to please two disparate sets of fans who cover generations in terms of age, whilst leaving newcomers completely out in the cold (if you haven't seen The Shining, you don't stand a chance) is surely going to cause some manner of consternation. But, drowned in a sea of sequels-that-nobody-asked-for, Doctor Sleep didn't really stand a chance either, which is a tragedy, because it's everything fans could possibly have hoped for from a sequel, and everything the majority of follow-ups don't even bother to try to deliver.

Doctor Sleep is that rarest of animals - a worthy sequel

Indeed it is a truly pleasant surprise to find that this epic film - and, at three hours long, the Director's Cut in particular is certainly epic - is something of a veritable modern gem, doing the impossible as it blends what should be clashing source book and film ingredients to form a cohesive, compelling and wonderfully atmospheric whole. Split into chapters, rich with disconcerting aerial shots, and strong in terms of atypical character design (forgive McGregor's accent and it's one of his richest roles, and Kyleigh Curran's Abra is impressively not just another child victim, with some tense scenes opposite Rebecca Ferguson's formidable cult-leading soul-sucking villain), Doctor Sleep rarely slips up, even finding room to round out secondary characters in a way that's generally overlooked in modern productions.

Dangerous, dread-laden and driven by a literal heart-beat score; peppered with a succession of truly unsettling horror sequences, bolstered by a flurry of superb performances in characters that are actually afforded the time to breathe and develop, and proud to brazenly integrate itself visually with its forebear, Doctor Sleep is that rarest of animals - a truly worthy sequel. And coming so long after the original? But for this and Blade Runner 2049, that particular breed of quality sequel is practically extinct.

The biggest problem with Doctor Sleep's 4K release is that the best version of the movie - the longer 3 hour Director's Cut - is not afforded any 4K presence, and merely sits, exiled, on a third disc. It's hard to conflate the fact that fans, even 4K fans, cannot watch this best version of the movie in the best format currently available, with praise for an otherwise stellar native 4K presentation. Even the bells and whistles of HDR10+ and Dolby Vision can't change the fact and you could almost forgive it if it was a 3 minute longer Fast and Furious 'Extended Edition', but at half an hour longer, superior cut, which affords even more time to spend with these rich characters in this unsettling and atmospheric environment, it is unforgivable that we are cursed with having to choose, as it really isn't a choice; you have to just watch the Blu-ray.

If you want to dip into the 4K video, you'll find that the native presentation brings some nuances to the fore that aren't there on the standard Blu-ray, with better finer detailing on close scrutiny and a nicer depth of colour saturation courtesy of WCG and HDR (with DV and HDR10+ of course, depending on your poison). Frequently twinged with sickly yellow tones, teals and sometimes haunting reds, the nightmarish fever dream visuals are handled with aplomb here, although, as an aside, it's almost impossible to fault the Blu-ray itself. And with Atmos on both cuts, there's even less of choice to be made here.
﻿

As aforementioned, Warner at least provide Dolby Atmos across both cuts of the movie, and on all three discs, and it's a fabulously intense 3D High Definition object-based immersive audio mix which brings home this staggeringly atmospheric feature in style.

Dialogue remains keenly observed, taking precedence across the fronts and centre channels, albeit arguably not quite as much precedence as the persistent, slow, heartbeat that basically defines both the mood and the tempo of the production, pervading the proceedings and overshadowing everything with ominous dread. Effects are superbly observed, from the soul-sucking breathing to the incidental car noises and booming rifle shots, given strong dynamic separation across the array, but it's the score that reigns supreme, building using that aforementioned heartbeat but more than happy - as with the visuals - to revel in the magnificence of the 80s classic's signature tune, particularly as we hit the final act. Creepy, intense and wonderfully atmospheric, it's a demo and reference mix.
﻿

The extras can be found on the 4K disc - well, apart from the most important 'extra': the superior Director's Cut - with a trio of reasonably substantial background featurettes fleshing out the production.

A trio of reasonably substantial featurettes

Totalling over half an hour of behind the scenes footage and interview clips, the best aspect of the extras is the fact that they are not only largely centred on the Director's quest to bring this sequel to life, but also showcase King as heavily involved in the production (unlike the 1980 classic) and on board with the work done here. Hard to judge independently, the extras score reflects the addition of a considerably longer and even more satisfying Director's Cut.
﻿

Doctor Sleep suffered at the Box Office in comparison with popular King adaptations like the 2-part It reboot, failing to get the recognition it veritably deserves possibly because its very existence was seen as an affront to many fans of the original and also because, without knowledge of said original, the enjoyment of this sequel is vastly diminished. Nonetheless, if you ignored it at the cinema, it gets the highest of recommendations here, rounding out and enriching its classic predecessor with an even deeper and more thoughtful story entrenched in welcome King lore and brimming with excellently designed characters who deserve this grander degree of investment.

Doctor Sleep didn't really stand a chance either, which is a tragedy, because it's everything fans could possibly have hoped for from a sequel, and everything the majority don't even bother to try to deliver

Warner's UK 4K Ultra HD Blu-ray release delivers very impressive native 4K video and a stunningly immersive Atmos track, as well as some nice extras including an additional and superior Director's Cut which turns in an epic 3 hour vision of the film. The biggest letdown is the fact that the Director's Cut isn't given the 4K treatment, leaving a tough choice for fans which really isn't a choice at all since the longer cut is the better version of the film. Hardly a way to promote 4K, as basically it means you might as well pick up the standard Blu-ray which also features the Director's Cut disc, and also has Atmos, it's the stinger in this otherwise strong 4K package.
﻿