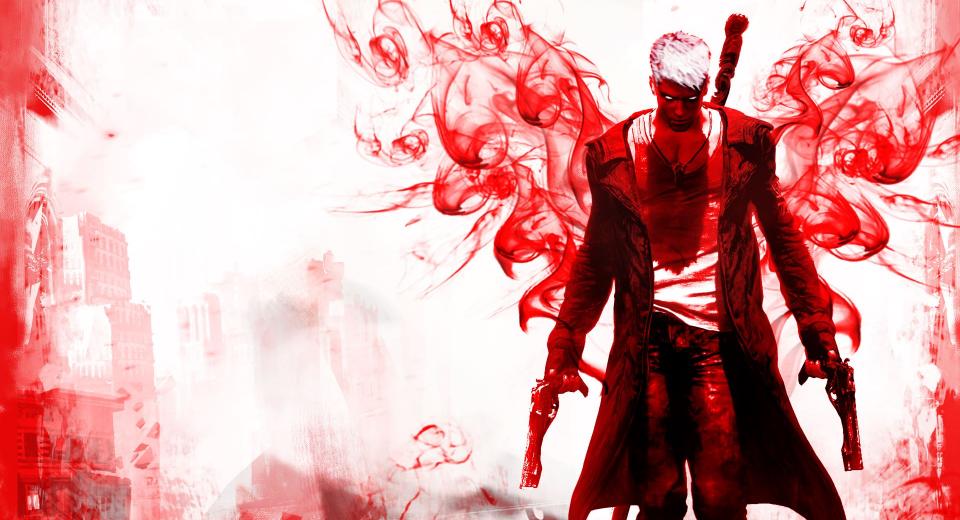 Remaster of a reboot? Really?

Love or hate them, whether we want or need them, collections, remasters and definitive editions are now the accepted bread and butter for these formative years of our new console generation. The reasons for any particular title getting the treatment are equally varied and cynical; from publishers desperate to wring funds from existing property before embarking on costly new projects, to developers wanting to take advantage of more powerful consoles and improve the original experience.

DmC Devil May Cry: Definite Edition likely exists for a combination of these reasons, looking through the last few years of Capcom releases, DmC stands out as the obvious choice for an upgrade. It also happens to be a title which would significantly benefit from the process. DmC stands out as the obvious choice for an upgrade

Before Ninja Theory's re-imagining of the classic series even hit the shelves back in 2013, die-hard fans of the series were tearing apart screenshots of protagonist Dante's character model and dismissing the modern take on the franchise. Post release they were lamenting the more forgiving style system and inferior 30 frames per second frame rate. All these changes seemingly too much of a departure from the series' roots for most to handle.

Definitive Edition aims to address as many of these complaints as it can with a resolution of 1080p and an almost consistent frame rate of 60 fps. Both are a prerequisite for any remaster these days and DmC makes the best of both, the fractured environments of Limbo Town and the overly saturated HDR effects make the game truly pop off the screen. The increased frame rate accentuates the fast paced combat, making it as smooth and responsive as a hack and slash game of its type should be. If that still isn't enough though there is also a new "turbo mode" toggle which speeds the game up by a further 20% and - coupled with the improved resolution and frame rate - produces a gloriously frenetic experience that even the twitchiest DMC4 fan can appreciate.

As expected all DLC releases make their way over with several character models for Dante for those still put off by his redesign, although those models strangely don't pull through to the cut-scenes when you would have the opportunity to enjoy them outside of the blur of combat. Ninja Theory curiously took the decision to change a few lines of dialogue; removing a line about rough sex, while adding in an entirely deleted scene. Aside from these minor edits the game remains its obnoxious self. Dante is still a sneering, swearing millennial anti-hero who discovers his roots as an angel/demon hybrid and must avenge his mother's death by slaying the demon king who has enslaved the human race. If you the miss the Gothic stylings of Devil May Crys gone by, and long for the smooth Dante of old, this release will still grind your gears; but for those who enjoy the new style, it looks and sounds better than ever. There are more substantial additions, including the single player campaign Vergil's Downfall, which puts you in the shoes of Dante's sword wielding brother, and Bloody Palace modes for both playable characters, where you battle waves of enemies in its increasingly challenging survival mode.

For those looking for even more of a challenge a whole new suite of difficulty modes have been added for masochists who deemed the game tame next to it predecessors. Hardcore mode takes the style system which grades you based on combat; from being merely a damage based system to requiring you to vary your moves as repeat attacks garner fewer style points and your rank will degrade the less "stylish" you are. Hardcore also makes enemies tougher and parries harder to execute while restricting the power enhancing Devil Trigger state from launching enemies into the air. Combine this with the new (and quite frankly utterly sadistic) "Must Style" mode which dictates that enemies can't even be damaged until you reach S rank and you get an experience much closer to the franchise's challenging roots.

There are a whole host of other smaller gameplay concessions, such as allowing single enemy lock on, implementing reduced damage for hitting enemies with the wrong weapon rather than breaking the flow of combat by attacks bouncing off them, and the simplification of the secret door system which now only requires one type of key rather than three. As I remarked in my original Xbox 360 review DmC is an excellent third person character action game with a deep and varied combat system, coated in some of the most striking and distinctive visual and audio design Ninja Theory has ever conceived. This definitive edition only enhances those strengths and removes any deficiencies the original may have suffered from.

Rather than settling for a quick and dirty port, Ninja Theory smartly used this re-release as an opportunity to bring the game closer to the series roots, at a price which may tempt those who dismissed it as a watered down reboot the first time around. Although that was far from the case then, these improvements make it painfully clear it most certainly isn't the case now, and the end result is a definitively better game which deserves a second look.