Distilling the core of the fighting genre, without the technical barrier to entry 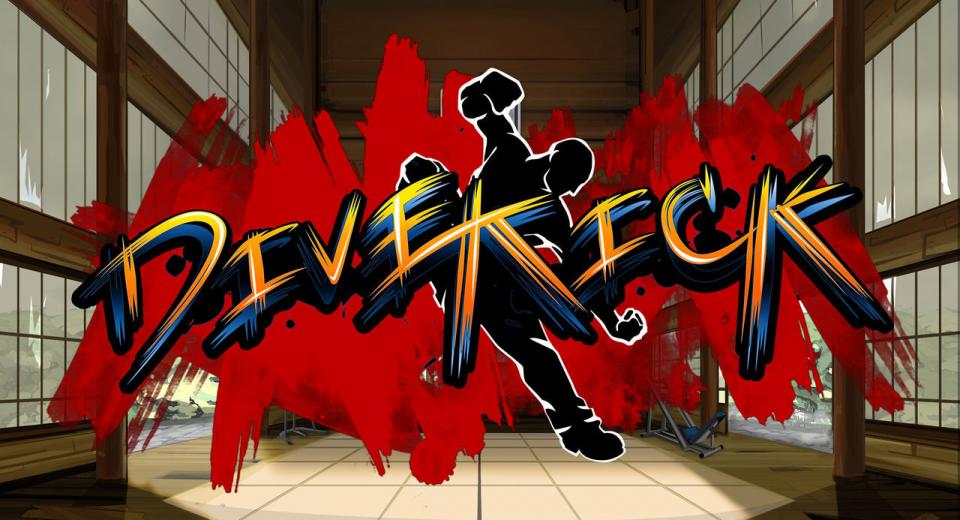 Remember when the fighting genre used be home to the biggest games around? Titles like Street Fighter II, Mortal Kombat and Tekken lit up the 90s and had people slapping down coins on cabinets and passing controllers for hours on end. Somewhere along the way - between the death of the arcade, the increasingly complex nature of the games and the maturation of those who played them - the genre rather suddenly fell back into a niche category. Eventually experiencing somewhat of a revival in recent years with the likes of Street Fighter IV and Mortal Kombat (2011).

The modern day equivalents do a great job of providing excellent mechanics and structure for competitive players and high level tournament play; but what if you aren't able to access those levels of skill, what if you don't have time to, what if you just want to have fun? What if you just want to have fun?

Divekick takes the fighting genre and strips away all the complexity, leaving only what's necessary to experience some of the fundamental pleasures the genre has to offer. Learning the core of Divekick's mechanics is almost instantaneous. Ready? One buttons jumps (or dives, if you will) while the other kicks. Done. Each round is a one hit kill; there are 5 rounds in a match. You are allowed to pick any two buttons on the controller to assign each move to. Each character executes them differently, with different types of kicks and various heights of dive, but all of that can be discovered and explored in due time, the accessibility of Divekick is key.

We've all been there: sofa full of friends and you're looking for a game to entertain the group. Rock Band isn't cool any more, there's only so much Bomberman you can play and whenever you suggest a fighting game it usually comes down to the same couple of opponents who either crouch and kick in the corner or constantly throw fireballs in an attempt to prove they still remember how. The sense of relief that washes over people's faces when they realise how simple the game is becomes infectious and people soon begin to reach for the controllers.

It's then that you can start pointing out that Divekick isn't just a flash game with an expensive price tag, there is some depth to be found. Hitting kick on the ground allows you to jump back and give up space to your opponent, once you have filled up your meter you can press both buttons together to execute a special move which varies from character to character. Ready? One buttons jumps (or dives, if you will) while the other kicks. Done.
If it wasn't abundantly clear, Divekick has its tongue pretty much all the way through its cheek. Aside from being an accessible deconstruction of a relatively impenetrable genre, it's also chock full of in jokes and references that will fly over the head of anyone who isn't at least mildly down with the FGC (Fighting Game Community). The character roster is a case in point, with some fighters being universally understandable, like Kick with his "Fresh Prince" back story and mic dropping win animation, or Johnny Gat who makes a guest appearance in this Addition Edition + version. Whereas others are orders of magnitude higher on the obscurity scale with paradies of characters from across the genre, well known members of the community and some off the wall characters like Redacted, a pregnant skunk bear who drank toxic waste while fleeing from Canada.

Divekick is often absurd but is frequently funny, there is a story mode for each character which doubles down on this with brief story boards and random dialogue. You can also try your hand online for some ranked matches when you don't have any physical opponents at hand. Which is unquestionably the preferred method of play, watching two of your friends smack talk as they do a two button do-si-do before someone makes the first move, is the closet you'll get to that nostalgic arcade feeling outside of a large convention hall. Divekick is essentially one long punch line. Still, often the most successful parodies are rooted in truth and its approachable game play distils the core of what the fighting genre is without the barrier to entry of technical combos and minuscule frame windows. Simple controls level the playing field while offering a surprising level of depth for a two button fighting game, and in doing so it provides a traditionally fun competitive game for people who have never even touched a fight stick, and an amusing collection of fan servicing references for those who know exactly who S-Kill is.