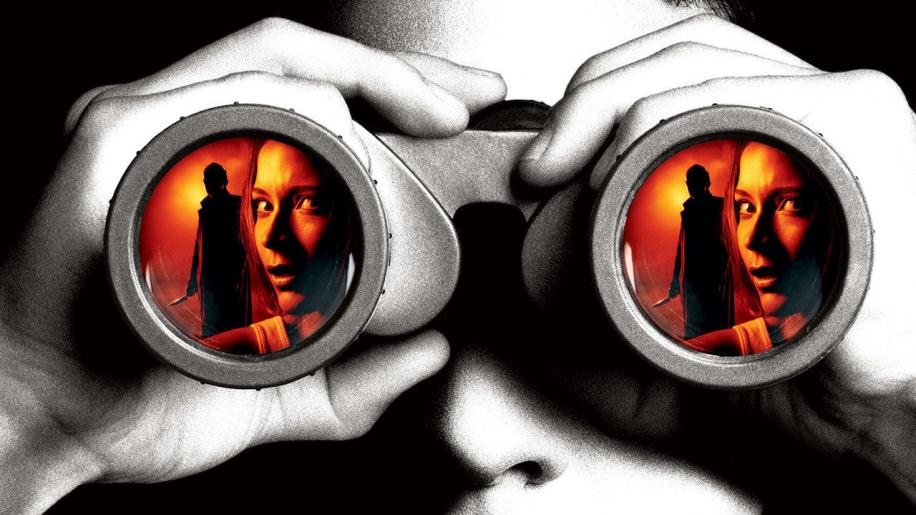 Those of you reading this review that have visited you local multiplex lately and seen Michael Bay's Transformers movie will be familiar with the name of Shia LaBeouf. He plays the lead role in that particular summer hit. What you might not know is that he also plays the lead role in another summer hit stateside, Disturbia. At the time of writing this review, Disturbia is yet to have it's theatrical run here in the UK, but it's due to begin on September 7th. My opinion is that the release was delayed so as not to confuse the younger viewer, whom Transformers was definitely aimed at.

Disturbia is also aimed at the teen audience, given a PG13 certificate when released in the US.

So, is this just another teen horror flick, or is it something a little more than that? In the interest of movie reviewing, I sat down with my 13 year old daughter on the hottest afternoon of the year so far to find out. The things we do for the love of the job, eh?
Disturbia stars Shia LaBeouf as Kale Brecht, a teenager who is sentenced to three months house arrest for punching his Spanish teacher after he makes a smarmy remark about Kale's father, who was killed in a road accident a year earlier involving a car that Kale was driving.

Driven by total boredom, Kale starts spying on his neighbours through a pair of binoculars. When a hot new girl, Ashley, played by Sarah Roemer from The Grudge 2, and who bears a striking resemblance to a young Kate Blanchette, moves in next door, things get a little easier on the eye. Kale is soon joined by his best friend Ronnie, played by Aaron Yoo, who is cutting his big screen teeth here.

Kale then hears on the news that the local police are looking for a suspected serial killer who is driving a blue Mustang with a dented wing. Later that evening, Kale is doing his nosy neighbour bit when his neighbour, Robert Turner, played by Shawshanks' David Morse, comes home in a blue 1960's Mustang with a dented wing...see where this is going?

Turner becomes the sole focus of Kale's spying and he grows more and more suspicious and he soon convinces Ronnie and Ashley that there is a lot more to Mr Turner than meets the eye. Ronnie breaks in to his house and finds a plastic bag with a body in it...but the body of what?

He gets trapped in Turners house and Kale breaks the conditions of his house arrest to rescue him. The police arrive and arrest Kale and Turner convinces them there is nothing wrong. However, things go distinctly pear shaped when Kale's mother, played by The Matrix's Carrie- Ann Moss (is she really old enough to have a teenage son?!?) goes to visit Turner to try and persuade him to drop the charges.
Directed by D.J Caruso, who's only other big screen outing is Two for The Money , but has plenty of small screen credits to his name, most notably .The Shield and