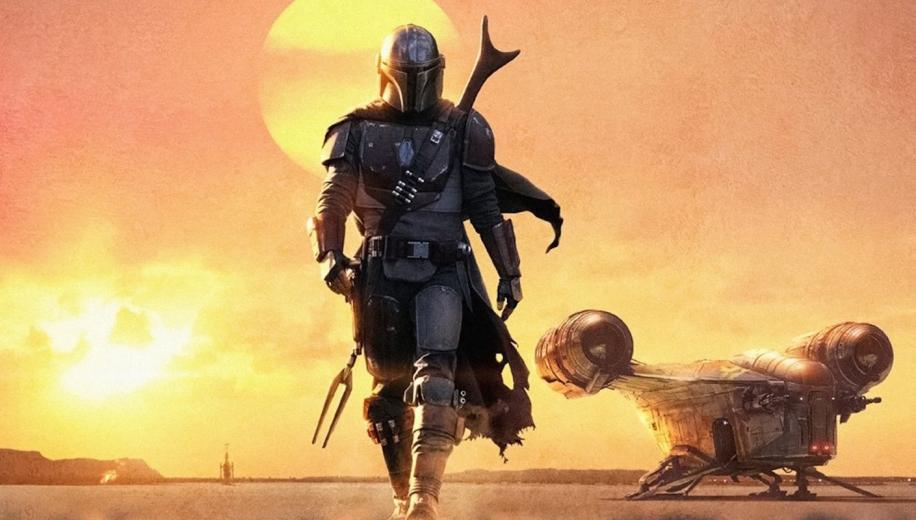 The flagship vehicle for Disney+, this punchy sci-fi western show is much more enjoyably Rogue One in tone than anything else recently in the Star Wars universe.

Whilst fans worry about what the trilogy- (and triple-trilogy-) closing Rise of Skywalker will bring to the table at the end of the year, hoping perhaps for some closure after the complications of The Last Jedi, and more than just fun fan service after Force Awakens, Disney+ launches its new streaming service with a bang (and a whimper, given some of the teething problems), unleashing the post-Episode VI-set (i.e. after the fall of The Empire in Return of the Jedi) sci-fi western TV series, The Mandalorian, under the steady hand of Iron Man director Jon Favreau.


Even from just the first couple of episodes alone, The Mandalorian looks well worth the wait

The series follows a mysterious post-Jango, post-Boba, Mandalorian bounty hunter, who, having completed his latest set of bounties, returns to look for more work, finding that after the crumble of the Empire, pickings are slim, and nobody wants to pay the hefty prices charged by the Bounty Hunter's Guild - Imperial Credits being largely worthless now. Offered the opportunity to take up a dangerous mission from a secretive new client - who is strangely still guarded by Stormtroopers - The Mandalorian sets out to get his latest bounty, only to find the task much more complicated than expected.

With Disney+ not due in the UK for several months yet, and ominous rumours that the show will tie-in to the upcoming Rise of Skywalker, understandably some fans will be mighty frustrated to have to wait. Even from just the first couple of episodes alone, The Mandalorian looks well worth the wait, and certainly the rumours about the potential spoilers afforded by the twist at the end of episode 1 (or episode 2 for that matter) have been massively overplayed - there's nothing here so far that needs to be seen before Rise (indeed, it should be remembered that the entire show is set before Awakens), only striking developments which will leave you wanting to see just where they go with it all, because it's certainly not merely a 'bounty of the week' kind of offering.

In fact the second story throws in trouble with some scavenging Jawas and further developments between The Mandalorian and his precious cargo, and you get a The Transporter vibe to the potential future for this bounty hunter. It's like a future western graphic novel sprung to life (the closing images give you the impression it was well-designed in advance) and it's easy to imagine that 9 short episodes are only going to leave you wanting more (which thankfully we'll get, with a second season greenlit already, as well as talk of even a movie).

At around $10 million an episode, production design is superb (and the funky western scoring sublime) bringing forth some wonderful otherworld landscapes, settings and creatures - which are strangely, but pleasantly, more in-line with the arguably more inventive prequel film series than the slightly smaller-scale sequel series. The world-building is strong with the Force here, immediately giving you a feeling for the treachery of bounty hunting, even with a code of conduct, with dangerous terrains, tough opponents, vicious indigenous creatures, and even potential conflict from other hunters. The Mandalorian is established as a consummate professional, not open to bribes or negotiation on the part of his targets, but at the same time, even in these early episodes, you get a glimpse of more behind the mask, as a brief scattering of flashback images play back a traumatic childhood that saw him likely orphaned during the height of the wars, and trained from a young age for this tough profession.


This is the kind of rich, wartorn environment Rogue One fans would have had a taste of already, only shifting forward to a different war; treated with respect and brimming with the utmost potential

Casting is a cut above, particularly for a TV outing - but perhaps that's because this is the first proper live action Star Wars offering and they want to get it right. Pedro Pascal does a great job behind the mask (getting in some space western practice in the curiously similarly-themed Prospect), and has some unexpected help from a superb (and unrecognisable) Nick Nolte-voiced creature whose common utterance of "I have spoken" is perfectly attuned to this oft-forgotten Star Wars universe, and much more reminiscent of the Original Trilogy, and Rogue One, than anything else that exists therein. Then there's Werner Herzog (still in Jack Reacher villain mode), who is superbly chosen as the mysterious and clearly powerful 'client' that sets The Mandalorian off on his latest mission, and director Taika Waititi (Thor: Ragnarok) brings up the fellow droid bounty hunter (an IG model, like in Rogue One) who is the source of some of the best humour, mainly because he has none.

Creator Jon Favreau has absolutely nailed the balance between gritty but Disney-friendly action (shooting the door shut, fighting the beast), exciting space-western adventures (escaping the ice 'shark', chasing the Jawa transport), and sharp wit (the "I will self-destruct" riff is perfectly played), whilst doing a fantastic job at world-building within this curiously underdeveloped universe. This is the kind of rich, wartorn environment Rogue One fans would have had a taste of already, only shifting forward to a different war, treated with respect and brimming with the utmost potential. If you can, watch it. If you can't, don't worry too much - it'll likely be even more enjoyable as a 9-episode binge in a few months' time.

Update: To celebrate Star Wars Day, following the airing of the final episode of The Mandalorian on Disney+ UK, we look back at the series as a whole, which got off to an impressive start with its opening pilot, The Mandalorian, capitalising on that in the subsequent The Child, which offered an Indiana Jones-esque Spielbergian playfulness but also some great set pieces (not least the final revelation), and then delivering the goods for The Sin, where we finally get to see some Mandalorian vs. Clone action. Episode 4's The Sanctuary is a nice little riff on Seven Samurai, pitching in some great Empire tech to spice things up, although it's the start of a few tangentially plotted episodes, including the next two, The Gunslinger and The Prisoner, both engaging but spinning wheels slightly on the run up to the two-parter finale which brings more Imperial might to the fore, to perfect effect.

The highlights definitely include Gina Carano's former Shock Trooper, Giancarlo Esposito's imposing Moff, the armourer's skill even 'unarmed', the Guild town skirmish and many-Mandalorians set piece, the unexpected guest in the woods, and some absolutely scene-stealing vocal work from Thor: Ragnarok's Taika Waititi and the inimitable Nick Nolte. Fans will be undoubtedly itching for more from this untapped period in Star Wars lore, and hopefully the second season will deliver precisely that, particularly with the rumour of a certain Ahsoka Tano (played by Rosario Dawson no less) making her live action debut following her superb run in the excellent Clone Wars TV Show.