As we both know, you are reading a review of Artemis Fowl that I have written for AVForums. 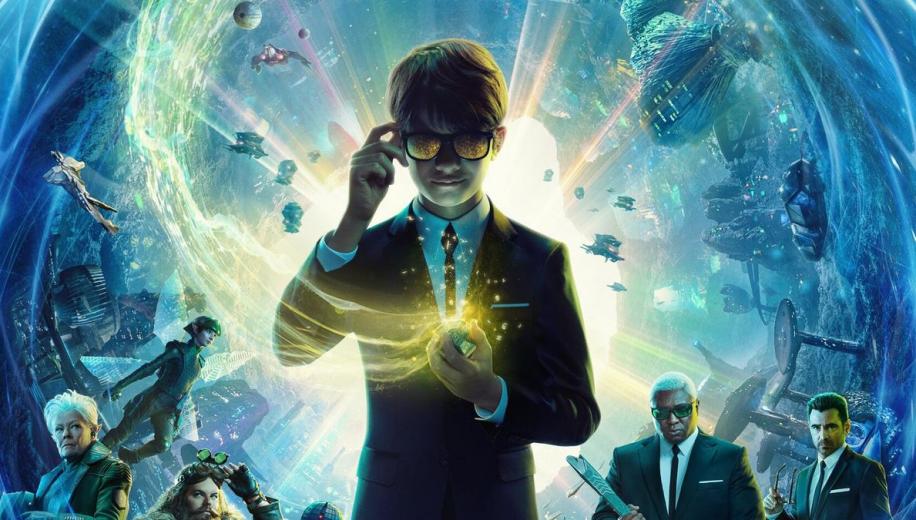 If you care to take a dive into the screenwriting goldmine that is TVTropes, the internet’s screenwriting style guide wiki, you’ll find in there an entry under the phrase “As we both know”. “As we both know” is criticised as a phrase used in dialogue where the writer needs to convey some important plot related details to the audience, but doesn’t have the screen time, production budget or creativity to do it any other way than having two characters tell each other things that they are both fully aware of. It’s a conversation that sticks out like sore thumb because people don’t talk like this in real life. “As we both know, we've not left the house for seventeen weeks because of an ongoing pandemic.”

Here is a verbatim piece of dialogue from the new Disney (now Disney+ original – thanks Covid) movie that passes between a subordinate fairy and his superior:

“Beechwood Short used his magic to steal the Aculos from us which, need I remind you, is the most precious artefact in our civilisation. The Aculos was stolen on your watch. He has put our entire people in danger and disappeared.”

Spot the “as we both know” adjacent phrase.

This type of dialogue is so awful because it pulls you out of the movie, exposing the inner workings of the screenwriter’s process. It’s a disservice to the story. It’s a bad craft. You might say it’s an… artifice, foul.

Artemis Fowl is a 12-year-old genius whose globetrotting, relic collecting father has just been accused of being a criminal mastermind and has gone missing. In his search to uncover the truth behind his father’s disappearance and to clear his name, Artemis discovers that the fairy stories his father had told him all his life were actually history lessons preparing him for a life working in a world of magic. Fairies, dwarves, trolls, they’re all real and the unstable peaceful co-existence they share with humans is on the brink of destruction. How is his father involved and what does it have to do with fairy police officer Holly Short? What does this mysterious “Aculos” actually do? All these questions and more are asked in Disney’s latest shaky franchise starter from director Kenneth Branagh.

...pummels you with long stretches of narrative exposition

Ferdia Shaw, in his screen debut as the lead, does a decent job of portraying the aloof and arrogant child prodigy, as does relative newcomer Lara McDonnell as the bright eyed and ambitious Holly Short. But neither of them is served particularly well by the script. Judi Dench too, is given little to do beyond an impression of her role as ‘M’ as Fairy Commander Root. Colin Farrell as the father, likewise. It’s a recurring theme, with the exception being Josh Gad’s character, giant dwarf Mulch Diggums, who is massively overserved and given the responsibility of both being the comic relief and more or less telling us the entire story through narration.

Adapted from the first two books in the popular series by Eoin Colfer, Artemis Fowl has a lot of fun ideas going for it. A fairy world built around Irish folklore, a fun fantasy/sci-fi blend, a calculating and egotistical teen anti-hero. This all speaks to some good source material. But every single one of those opportunities is either missed, or misfired. I’m not going to start flinging the Harry Potter comparisons around because that would be reductive and cheap, but what successful young audience franchises (including Potter) do well is they introduce the layers of the world one at a time, giving breathing space for a bit of wonder, a bit of time to draw the audience in a little more before getting to the story proper. Artemis Fowl does not do this. It pummels you with long stretches of narrative exposition, rattles off lore and character backstory that the viewer is presumably just meant to hold in their head so that the dizzying switches between the fairy plotline and human plotline add up to some kind of coherent story.

Worse, even to the most untrained eye, it’s obvious that this movie has been butchered in the edit. Cardinal sins are committed with alarming regularity: a character and sets seen in the trailer are missing entirely; a cut which suggests that Artemis is in two places at once; narration that takes the place of essential scenes of plot development; new characters who are not introduced; unmentioned characters appearing halfway through a scene as if they’d been there all along. The effect of this sloppy…sloppy is too kind…this incompetent editing is that it watches like a highlight reel of a slightly better movie as if, every now and then, you’ve accidentally hit the ‘forward 30 seconds’ button on the app. It’s disorienting and, after twenty minutes or so, it’s so impossible to grab onto any character or plot thread that you could be forgiven for simply checking out.

...like a highlight reel of a slightly better movie

If you stick with it, the film does settle down. The second half is much more even and is clearly the part of the film that has remained the most intact. It’s just that those 45 minutes feel like the last act of a two-and-a-half-hour movie, not the second half of a 90 minute movie. It’s a fairly well orchestrated climax, but we know next to nothing about any of the stakes, the characters, their motivations, so it ends up feeling overlong and unearned.

It’s so frustrating not to be able to see the movie that was there originally because that movie is probably a decent family adventure worth sitting down with for an afternoon. Maybe even one that warrants a sequel. But the clunky writing, the ropey CGI, and the utterly incoherent editing have all but made it a certainty that we won’t be seeing any more of Artemis Fowl in feature films for a long while.