Prepare to get down and dirty 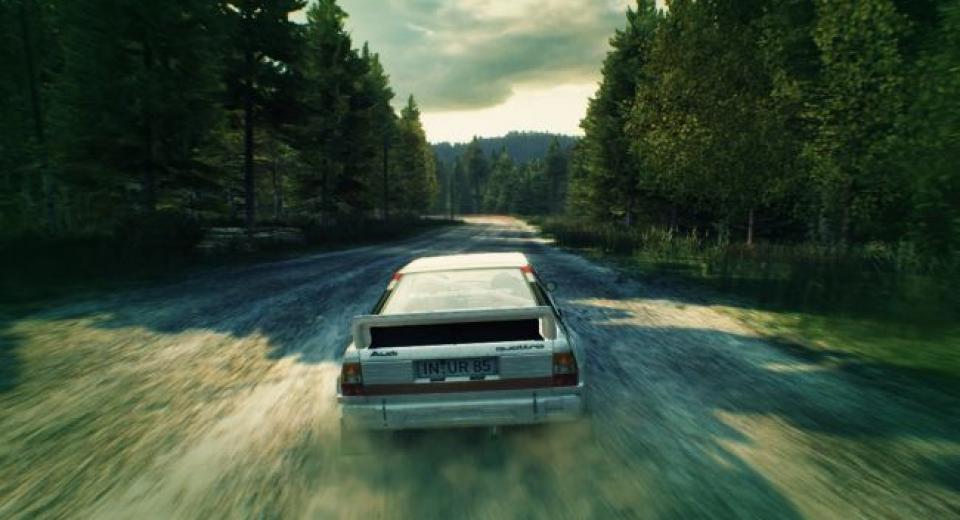 As descendent of the late Colin McRae titled rally franchise, DiRT 3 delivers rallying mayhem in abundance and makes a mockery of all those other titles out there that claim to be ‘true’ rallying experiences.

Anyone who is a fan of the racing genre must know by now that when it comes to racing titles, Codemasters know what they’re doing. From rallying, to F1 the team know how to make their games unique and, what’s more important, a damn good spectacle to behold. With the studio re-branding itself to ‘Codemasters Racing’ it seems they themselves know what an excellent job they’re doing, and that’s no bad thing. They want to maintain their high standard.

This is exactly what they have done when it comes to DiRT 3; kept what made DiRT 2 great and built upon it rather than disassembling it completely. If it ain’t broke right? Their winning pedigree formula has been maintained and fans of the series will not be disappointed when they boot up the game for the first time.

What is instantly clear about the third instalment is that it is absolutely beautiful to look at no matter which part you choose to look at. Every location is a master piece to behold and it is a real shame that you can’t spend more time looking at them as you’re more concerned about avoiding chewing on the steering wheel after ploughing into that upcoming tree. No other rally title out there comes close to having the same amount of detail as DiRT when it comes to the tracks and the cars. As means of introduction to the title, the game has a perfect pace to it; allowing you to compete in harder events later on down the line, not a moment too soon or too late. Everything is introduced at a steady pace and you never feel like you’re overwhelmed with events to compete in whilst the opposition you race against never seems too difficult or too easy.

DiRT delivers in both the quality and quantity department when it comes to its content as you can’t become too familiar with any stage. Given that you’ll race around each in different directions, conditions and in different cars you will have to treat each individually and never feel like you know the circuit. Trust me, unless you race round the same track religiously non-stop for a week then you will always be challenged.

Adding to the challenge is the fact that you will never become too familiar with one vehicle given that you are always competing in different events across the globe requiring a different type of car for the job. One minute you might be racing a Mini and the next minute you might be behind the wheel of a brand spanking new Ford Fiesta. Not to mention that you can blast round tracks in pick-up trucks which, surely, must be every rally driver’s dream come true?

What’s more, a new addition to the series is the night stages which add even further to the complexity of some courses and, if you even look away for one second, they will punish you heavily. Usually ending in you being upside down in a ditch, and that’s if you’re lucky. The games may no longer be McRae by name, but they sure are McRae by nature. If a game was ever to win an award for having a crisp and clear unique menu system, then it would be DiRT 3. Having abandoned the Paddock system that was in place for the first two games, Codies have now favoured a triangle-inspired menu layout that looks about as slick as they come. Whilst some fans of the older games will be disappointed to see the Paddock area go, newcomers to the games will love what they have done.

Although you are supposed to avoid ending up six feet under as a result of a devastating crash, you can’t help but applaud the development team for making the crashes and accidents look stunning. For some perverse reason, watching your car flip end-over-end is one of the most satisfying things you could ever see in a racing game.

As part of the fresh update for the series, the entire game has been given a YouTube twist on things which allows you to upload replays and ghosts to your own YouTube page for all your ‘fans’ to admire. Whilst the constant ‘why not upload to your page’ message can get annoying after a while, it is easily ignorable or you can just negate the option altogether. Those with inferior internet connections, myself included, will feel patronised by this option however as you’d like to upload but you know that you are incapable of doing so.

There are some new modes for you to explore as well in this iteration based around the new Gymkhana arenas. Each event will stretch your ability to control your car when it is taken to its limits, for instance you will be tested on your ability to drift your car round a circuit, smash obstacles, jump over ramps and donut round a post. These events definitely push your skills as a driver; it's no easy feat to donut your car in a controlled manner in a tight space. The flexible points system will allow you to score pretty high despite losing control of your car during a drift or when crashing through an obstacle. The only time any sort of finesse is required is when cornering at high speed during a sprint, or when you are competing in a jump Gymkhana event.

Whilst Dirt 3 is quite literally a pick-up-and-play title, there is much more depth to it for those who relish the challenge of tinkering with their cars in order to maximise their chances of finishing in a comfortable first place. Pre-race there is the option to change pretty much whatever you wish be it the suspension height or gearing ratio amongst other things.

Whereas other racers out there will claim to be a ‘real simulator’ or ‘the closest thing to actually driving a car’ Codies steer well clear of this gubbins by offering up a very simple, yet effective control scheme. With R2 to accelerate, L2 to brake and the circle button to engage the handbrake that’s pretty much all you need to know. Don’t worry about the looking back button, you won’t need it. You’ll end up with a manufacturer logo imprinted on your forehead for your troubles if you gaze too long.

Considering how good the game is as it is, when you take into account how much extra you get in this package via the added DLC and bonuses you can’t go far wrong for the money you pay. There's a heap of extra content worth £20 on its own, which provides further incentive for you to explore everything this title has to offer; whilst trophy hunters will also relish the challenge of acquiring them all. As part of this added content, you receive 13 new cars and 12 new tracks which all add to the overall value of the package. As for the multiplayer aspect, the DiRT mechanics are pretty top notch and allow a great deal of competition to be had between friends or random rivals over the PlayStation Network. The inclusion of split-screen co-op will also be a delightful feature for those gamers out there who like to rub elbows with their on-screen competitor.

Alongside your regular racing modes, there are also some competitive entries with a much more tongue-in-cheek appeal to them as opposed to outright speed hungry time trials and circuits. For instance there are modes such as Transporter which is basically your average Capture the Flag, Virus whereby you must pass the virus on between cars and finally Invasion where you must smash as many cardboard cut-out robots as you can. These modes will appeal more to the crowd who like a bit of rough and tumble between competitors as opposed to those who win via fair play and simply having the quickest time possible.

When you look at the other rally games that are available on the PS3 at present, it would be very hard to recommend them over this exceptionally good title. Whilst it has its issues with the YouTube upload system and a linear approach to the Tour mode, you would be bonkers not to pick this up on its own let alone with all the added content you get thrown in for good measure too. If you were looking for a racer that was as close to perfection as they come, then this would be it hands down.

No matter what your opinion of these sort of packages, you can't deny how much value for money you get from this title in terms of added content and the quality of the title on its own in the first place. Some returning fans will feel miffed that the paddock mode has been dropped but there is a crisp and clear menu system in its place that more than makes up for it. But with the game as tight as it is with brilliant handling mechanics and the perfect pacing to it, these minor gripes are easily forgettable as they won't stop your overall enjoyment.

Undoubtedly this is a must buy title for any racing fan out there.