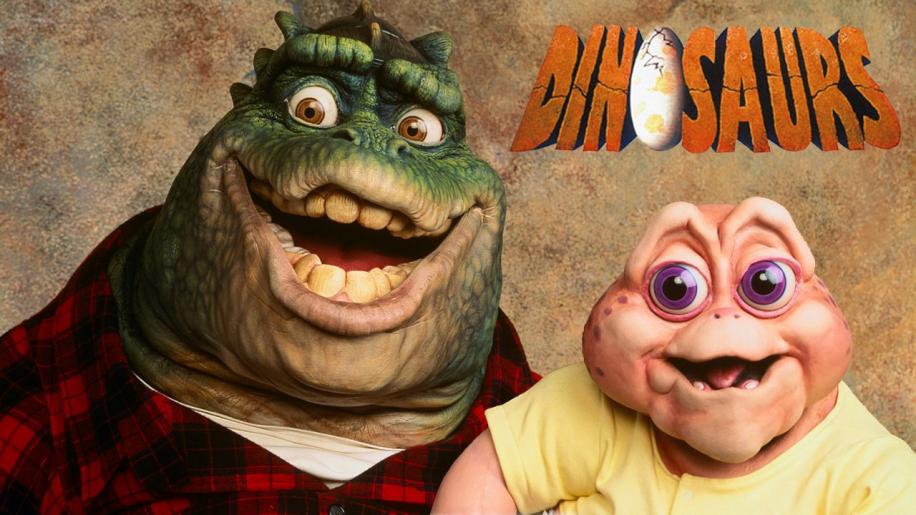 Both seasons of Dinosaurs are presented in their original 1.33:1 non-anamorphic fullscreen format, which makes it look distinctly dated. The detail is minimal, with softness throughout and obvious grain. Even comparing it to TV shows of a similar age and in the same format, the picture quality is one of the worst that I have ever come across. The colour palette is quite broad and does not appear to have faded too badly, but the colours do bleed quite a lot and this can be annoying. Blacks are reasonably solid but overall this is a very disappointing video transfer. Accompanying the two seasons we get a standard Dolby Digital Stereo soundtrack that is perfectly acceptable (at least in comparison with the video quality). Dialogue from these Dinosaurs comes through clearly and coherently. The score can be a bit irritating and the theme song is one of the worst that I have ever come across. Effects get little range but vary from trees thundering to the ground to the chirping of the jungle wildlife. On the first disc we get all of the main extras. Firstly there is Pre-Hysterical Times: The Making Of Dinosaurs. Running at thirteen minutes, it explains the concept, how the show came into existence, how much effort it took, the 'effects' and 'technology', pitching the idea to the network, making it popular and so forth. We get lots of interviews with the crew members, discussions of the different characters and the changes that were made before it went to series and how they were developed across the seasons. They even mention the vague realism: the real dinosaurs featured.

Creating Dinosaurs: The Sketches That Started It All takes a brief four-minute look at the original sketches used to sell the show to the ABC network, with a crew member taking you through each of the character designs and the changes made before it went to production. We also get Preview Trailers on disc startup (Pirates of the Caribbean 2, Scrubs Season 3, Golden Girls Season 5 and The Muppet Show) that are also available from the main menu, along with Easter Eggs hidden across the discs, from looks at the individual character designs, controlling the puppets and trivia about how the character names are all fossil fuel manufacturing companies in America. Dinosaurs: The Complete Season 1 and 2 is a fairly typical family sit-com, standout only because all of the characters are dinosaurs. Although this gimmick wears thin after a while and the show does run out of steam, there are a few laughs to have along the way if this is your kind of thing. In terms of technical specs, the video is not great but the audio is acceptable and there are a couple of nice extras for fans of the series. I'm not sure, but I suspect this show has just not aged as well as its counterparts, so you'd have to catch an episode and see if you like it before you invest in this.