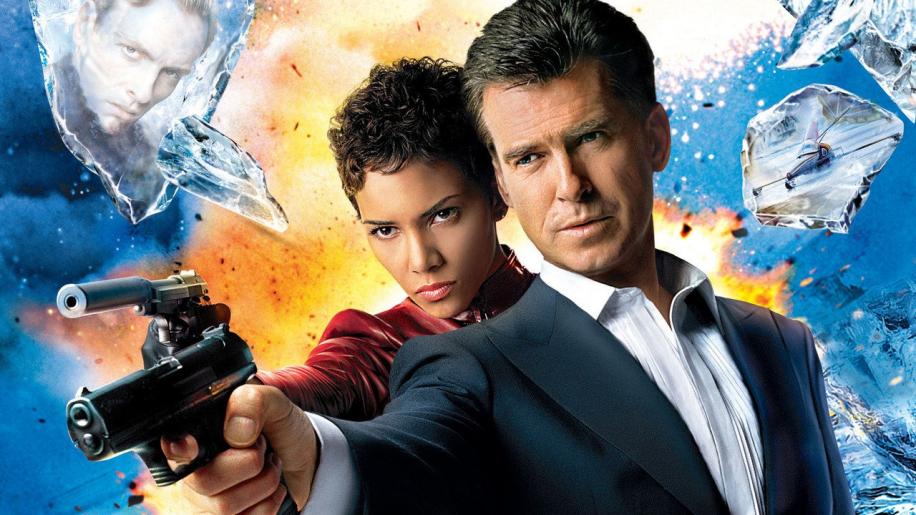 To say that Die Another Day looks great would be an understatement. This is real demo material, with immaculate colour reproduction, masses of fine detail and a pristine quality source print. Presented anamorphically in the original 2.35:1 aspect ratio, the film looks every bit as good as you would expect for a new blockbuster. There is no grain or compression artefacting, and the only blemish is some edge-enhancement that is easily overlooked.

As good as the image transfer is, it can't hold a candle to the audio. The DVD offers a choice of DD 5.1 EX and DTS 6.1 ES mixes, and these are the kind of tracks that will make your neighbours hate you. Both mixes are incredibly aggressive, with plenty of surround action and room-shaking bass, with the DTS ES mix winning in a direct comparison thanks to extra dynamic range and more natural movement across the surrounds.

Decent movie, great visuals and superb audio - so far so good, but what about the extras? Well, as MGM's flagship franchise, it is no surprise to find that the company has pulled out all of the stops in the production of this DVD, issuing Die Another Day as a two-disc Special Edition. In order to guarantee the quality of the transfer, the first disc is limited to two (very interesting) audio commentaries - the first featuring director Lee Tamahori and producer Michael G Wilson, the second by Pierce Brosnan and co-star Rosamund Pike - plus an MI6 Datastream, which offers onscreen trivia during the film plus seamless links to behind-the-scenes footage and featurettes.

As such, most of the meat of the package is on Disc Two, and it will take you quite a while to work your way through all of this, but at least it is handily broken down into various subsections. Inside Die Another Day contains seven featurettes focusing on various aspects of production that can be viewed separately or as a single 75-minute documentary, and Shaken & Stirred - On Ice, a look at the creation of the ice-bound car chase.

Mission Deconstruction houses a variety of miscellaneous supplements. Scene Evolutions is a fancy name for multiangle storyboard-to-screen comparisons for two sequences, Inter-Action Sequences is a collection of four multicamera presentations of key scenes. Also on offer here are a 10-minute look at the design of the opening credits sequence and a short featurette about digital colour grading.

Equipment Briefing is a pretty trivial, but good-looking collection of narrated video profiles for five of the gadgets and vehicles used by Bond in the movie. Much better for the Bond completist is the Image Database, a collection of over 200 images gathered into five separate galleries.

The final sub-section is the Ministry of Propaganda, which houses various promotional goodies. You will find the theatrical trailer, two teaser trailers, eight TV spots, Madonna's music video, a Making of... featurette for Madonna's music video, a 007: Nightfire game trailer, a Making of 007: Nightfire featurette and a trailer for the James Bond DVD collection. Rounding out the package of goodies are the very interesting Region 2 exclusive 53-minute Script to Screen documentary, which takes a very honest and open look at the film's production, a 'collectable' booklet and a multiangle Easter Egg.

A fun, if incredibly silly, addition to the Bond franchise, on what is sure to be remembered as one of the best DVDs of the year.