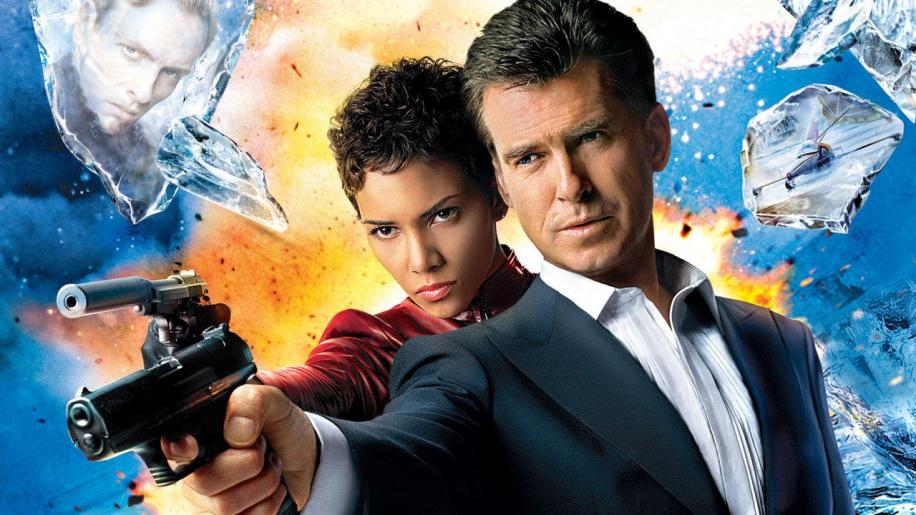 Presented in 2.40:1 Anamorphic Widescreen, the image is generally sharp and detailed but with some bad issues being seen. The first reel, during Bond's capture is dark with muted colours and looks very good. As the action moves to sunnier climates the image improves again with good colour saturation and strong blacks. A big problem throughout the image however, is the constant presence of edge enhancement which causes some real halo problems with certain scenes. The other problem that I noticed were that certain scenes suffered very badly from a soft image problem. All sharpness seemed to disappear during certain scenes, and adding edge enhancement to this equation, gave a very strange ghosting effect. For such a recent film, you have to raise some questions as to why the transfer's to video has been handled so badly. This is clearly not the standard of image you would associate with a blockbuster title like this.

This is our first opportunity to listen to Bond at home with a dts soundtrack, and overall it really is quite an experience. The sound track is aggressive right from the start with loud surround effects and excellent steering effects. Bass is tight and controlled, and dialogue is crisp and clear. But as with the image, there are some problems which I noticed here as well. Firstly on both the dts and Dolby Digital tracks there is an issue with sound dropouts. These never appear at the same parts of the disc however, which is a little strange, but is not an equipment issue. I also noticed that the lipsync would drift quite a lot during certain scenes before correcting itself after a few minutes, again this is a little strange, and again this is not an equipment issue. Many other DVD enthusiasts have posted on AVForums reporting the same problems, with a variety of machines and equipment. Adding this problem with those of the transfer, you have to ask some questions regarding the mastering of this Region One edition.

Starting the extras off are two commentary tracks, the first with Director Lee Tamahori and Producer Michael G. Wilson covers the making of the movie and the problems encountered, whilst the second featuring Actors Pierce Brosnan and Rosamund Pike add some insight regarding the filming of scenes and some interesting stories regarding the cast. Also include is a text commentary which is presented with text bubbles appearing with behind the scenes information during the movie, and it also includes small featurettes which are shown without any interaction from the viewer, instead the film is reduced to a small screen within the featurette and over riding the audio. Next up is an 80minute feature called “Inside Die Another Day” which contains a total of six feature titles, which can be viewed all in one or as separate small featurettes. These cover the special effects scenes and how they were filmed. These are a good length and go into the production in quite some detail. The next area is called Propaganda and features Madonnas music video, Making of featurettes on the video, the making of the video game, Trailers for the Game, Trailers for the Movie including TV spots and finally trailers for other MGM DVD's. Lastly we have Multi angle features covering some of the action sequences, Bonds gadgets, a Photo gallery section and DVD-ROM content.

Die Another Day is a mildly entertaining addition to the 007 franchise but suffers from a poor script and an under par DVD presentation with regards to Image and Sound problems experienced. The extras however are very comprehensive.