"You're not woke. You're comatose." 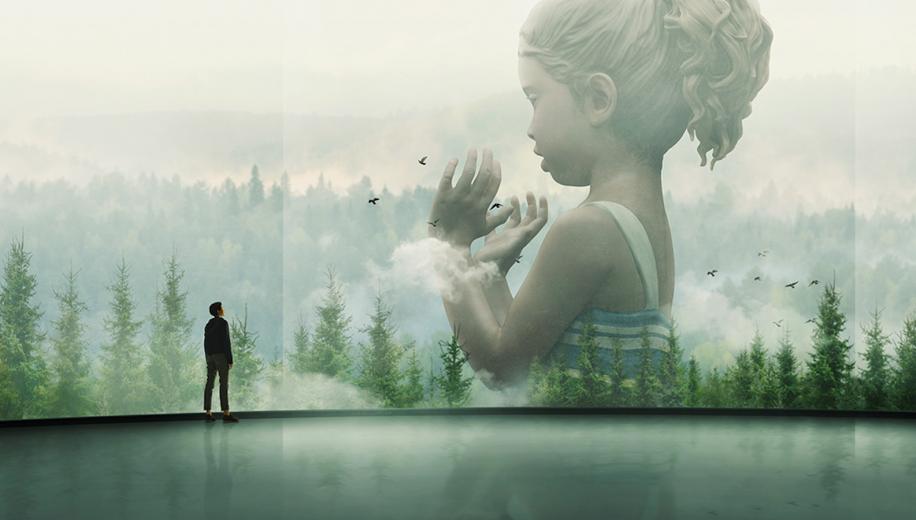 Brit auteur Alex Garland has some fabulous writing credits to his name - including Dredd and Sunshine - and made a hell of a directorial debut with the excellent modern classic sci-fi mystery Ex Machina. His sophomore effort, Annihilation may have been a big coup for Netflix to get, but it was somewhat more divisive, with some great ideas, a tremendously oppressive atmosphere and a game cast, but not quite a fully realised whole - and certainly not in the same league as Ex Machina, which is what it would always be judged against. Nonetheless, it continued his theme of ambitious cerebral original sci-fi, which could easily sum up his latest creation - the limited series Devs.

When a promising young programmer at a tech company called Amaya catches the attention of the CEO, he gets a personal invite into their mysterious inner sanctum where the bleeding edge technology he experiences utterly blows his mind. Can their AI technology read minds? Predict the future? Or even control the future? And just how far will they go to make sure their secrets don't get out?
﻿

Produced by the now-Disney-owned FX Channel, Devs is as much of a coup for the BBC as Annihilation was for Netflix, immediately jumping to the top of your must-watch pile as some of the strongest and most compelling programming on offer (and that's in a month that also saw the return of Killing Eve). Superbly led by the relatively unknown - or at least underserved - Sonoya Mizuno (Garland's go-to girl in all of his endeavours thus far), with scene-stealing support from Fargo's Nick Offerman and an unsurprisingly shifty performance from Snowpiercer's Alison Pill, Devs doesn't pander for those with half an eye on their phones or their dinner, demanding 1000% attention as every micro-movement of a watch can change the entire dynamic of what you are watching. It's cerebral, adult, and steeped in that same richly ominous atmosphere that has pervaded everything from the filmmaker so far.

Sure, it's not for the impatient, but if there was ever a time to give a quality TV show the time it deserves, it's now

With Garland not only creating the show but writing and directing every single episode, this is one of those rare auteur TV shows like Esmail's Mr Robot, and stands up to that kind of comparison too, delivering exquisitely peeled-back layer-upon-layer of mystery, richly-painted but still elusive characters, and a driving, compelling narrative that constantly appears just out of reach, drawing you into wanting more from this subtly scary world that is being unravelled. Visuals are suitably alluring, and the soundtrack is off-the-charts good, giving another wonderful trademark Garland audiovisual experience.

Whilst initially throwing you off track with its positing of Karl Glusman's (The Neon Demon) programmer Sergei as the lead, who hardly gets top marks in the emotive landscape, Mizuno more than rises to the challenge of taking her first real lead (she was also great in Netflix's Maniac), and is supported by an excellent cast and a superb script (Garland's unabashed dig at modern 'woke' culture doesn't go unnoticed either, in Stephen McKinley Henderson's fabulous speech "Do you know Coltrane? Then you don't know sh*t."). Indeed, this is one of the most promising adult shows on the BBC since Hugo Blick's The Shadow Line, even trading in the same ominous dread that basically leaves nobody safe in this mysterious and unforgiving world. Sure, it's not for the impatient, but if there was ever a time to give a quality TV show the time it deserves, it's now.
﻿