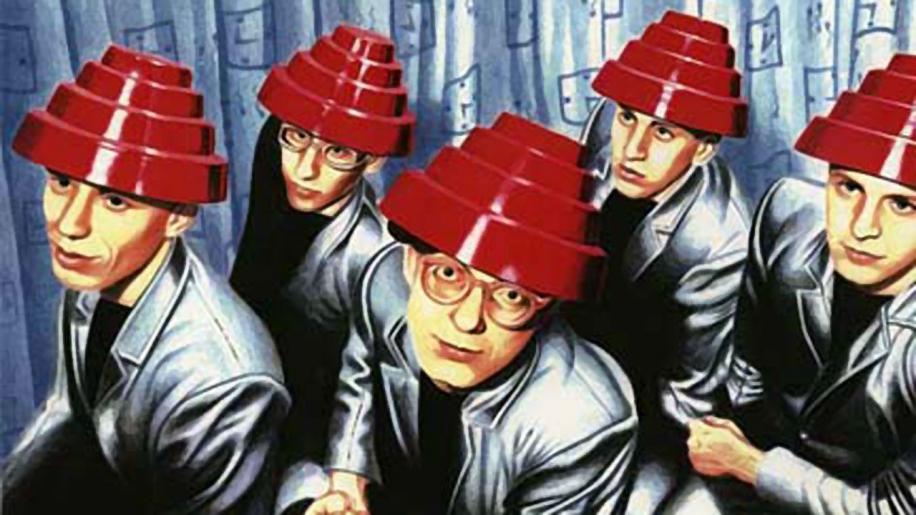 DEVO are a group founded in 1972 by Mark Mothersbaugh and Jerry Casale, both art students at Kent (US) University. Some may remember the incident at Kent University when the American Guard opened fire on Vietnam War protesters killing four and injuring thirteen students. Both Mothersbaugh and Casale were present during this crisis in 1970 and it is hard not to think this has something to do with DEVO's axiom: that humanity has de-evolved over recent years, rather than evolved.

DEVO Live is a recording of DEVO's reunion as part of the Lollapalooza tour in 1996. All of DEVO's most popular work is played to a remarkably full and enthusiastic venue given that most hadn't heard of DEVO. Whether or not you like DEVO's work you can't help but admire their outré style and lack of conformity. Sometimes you will get a fairly straight forward well played rock track such as “Gates of Steel” or “Come Back Jonee”. Mostly, however, DEVO's poetically constructed lyrics are played against a mix of jarring synth melodies and well composed guitar riffs. This is fine if you like that sort of thing, but there are a few tracks, like Mr DNA, where this descends into a chaotic soup of seemingly random noise.

Fans of (very) progressive rock will probably love this to bits but if your tastes are conservative you may find most of this disc's content a bit too remote.