It's been eleven long years... 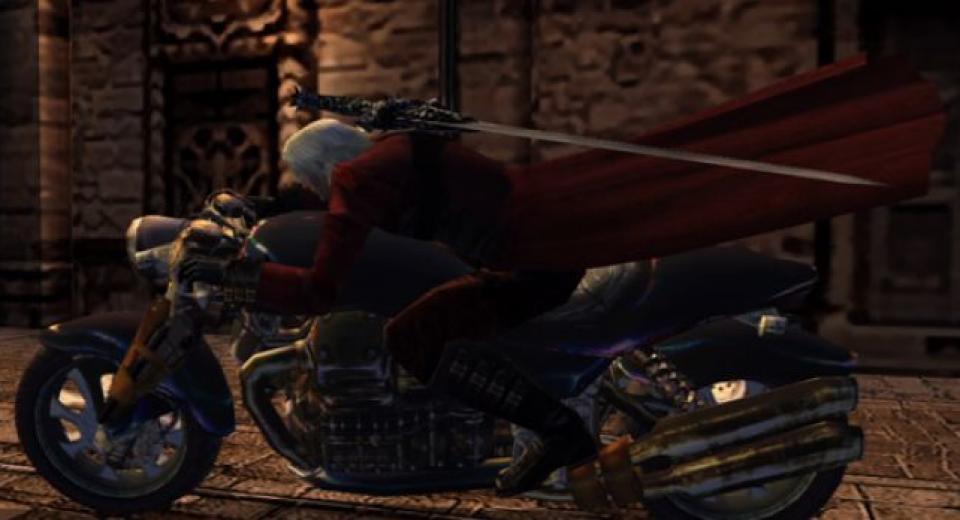 You know what? I think I’m getting tired of all these HD collections that we are being bombarded with left right and centre. It seems that the snowball was tossed innocently down the hill, now an avalanche threatens the population of the town at the base of said hill. Ok so maybe I’m being a bit harsh here but you know what I’m getting at right? It seems that every game under the sun that was released on PS2 is being resurrected for an updated cash-in.

No sooner have you had the chance to boot up the latest ‘PlayStation 2 compilation of beloved hero being spruced up’ title, then there’s another one to stick in your pipe and smoke slowly. Prepare for the grand entrance of the Devil May Cry HD collection which will split fans of the series 50/50 into two camps. Why I hear you cry and I’m going to tell you why all in good time, no point spoiling the ending now is there?

Eleven years ago, when the Nokia 3310 was all the rage and dial-up broadband was cutting edge, the original Devil May Cry (DMC) was released on PS2 and went down a treat across the globe. Offering up some solid combat, a crazy story and art style meant that DMC stayed in many a gamer’s heart for years to come. Thanks to this, subsequent sequels were born and published on the same platform resulting in a trilogy (and more recently a fourth title on current gen hardware which is obviously omitted here).

The first title kicks off the story of protagonist Dante, son of the underworld legend Sparda, and he is recruited by a fellow mythical power wielder, Trish, in order to close entrances to the underworld and stop its influence above ground. To do so, Dante explores Mallet Island where the demon Mundus is set to return. On his travels he encounters many demons and tainted enemies who have all succumbed to the influence of the underworld. The titles don’t follow on in story order chronologically which only confuses the matter. Rather than going from one-to-three in order, the entire series is muddle up going from three, one, four and finally two. Sounds more like a football squad’s formation as opposed to the order of a video game franchise. Why developers can’t set their stories out from the beginning is beyond me but there we go.

Devil May Cry 2 offers you the chance to play as either Dante or Lucia as you progress through hordes of demons again in the search of the Medaglia and then to eliminate some more big players from the underworld. The third title takes everything backwards and serves as a sequel to tell us where Dante’s story all began and explains the on-going reasons why the underworld and regular world are at it all the time.

If all that made sense then great stuff and if not then don’t be alarmed. The DMC series was not renowned for its gripping narrative or its story-telling because it made little to no sense most of the time and the game could be enjoyed just as much without knowing what was happening 100% of the time.

Initially it’s kind of hard to see where the games have been touched up given that the main title menu does not even fill the full screen of your set. Similarly, some of the cut scenes throughout don’t seem to have seen any sort of graphical update as they, again, don’t fill the full screen and often look a bit appalling. So, exploring the castle as Dante sounds pretty simple and appealing doesn’t it? Well it does, if this were 2001 and still one of the first third person action/RPG/hack ‘n’ slash titles available, but it isn’t. Since its release, there have been plenty of other third person combat offerings that have improved on its formula dramatically. Take a look at games like God of War or even the latest Castlevania title.

This isn’t a direct criticism, but it’s just simply a fact. Evolution takes place within the gaming industry as well as real life and our expectations change as consoles and game engines become more capable. At the time, this was heralded as a great game because it was, and it’s sad to say that one of the forerunners for the genre will probably not go down as one of the all-time classic titles.

Saying that this series is not an all-time classic will probably offend some fans of the series as upon release, its style ratings for your efforts in combat and the way in which battles could take place on the fly whilst offering heaps of open playing areas was remarkable to say the least. The PS2 was pushed hard and it produced amazing things for its time.

Problems can be seen in DMC through its controls and obstructive camera angles. It’s exactly the same issue I had with the Metal Gear Solid HD Collection; do you update the controls to make it stand out now, or leave it as it was to show what it did back then? It’s a tough call but personally I’d say that some games would be better off with an update in order to make them more enjoyable now. Because it is younger than its predecessors, DMC 3 obviously stands up the best in this collection when you look at its presentation. Despite being slated as the worst of the series by some fans, it definitely sets the benchmark in terms of graphics quality and presentation for the earlier titles.

The Devil May Cry games are good for their music, background sounds and detail however, which still stand out well today let alone in comparison to back when they were initially released. All accompanying music is strong and suits every area you discover and boss battles are heightened in tension because of it. Not that the boss battles need heightening in tension because they can be bloomin’ hard, especially when you have to kill them using trial and error most of the time and the camera does its best to interfere with your plans.

If the clunky camera and awkward gameplay was the only criticism to have with the platforming side of things then it would be a much more enjoyable experience but it isn’t. There are constant detection issues throughout making jumping between obstacles a nightmare whilst you can take and give damage through objects sometimes.

There are several saving graces for the games though and that is its offering of RPG elements throughout in the form of acquiring new weapons and abilities as well as finding secret areas and collecting special items. Whilst you are herded through many corridors throughout, there are numerous side routes that you can take in order to collect, explore and just generally muck about in places. If looked at one dimensionally, DMC would appear to be a hack ‘n’ slash title at heart dressed up with shiny features to disguise its simplicity underneath. Yes you can just mash the relevant buttons to attack your foe but if you do then you’re playing it all wrong. By giving you the choice of swapping between your blade and firearm on the fly, you are allowed to go into battle how you deem fit. One minute you can be flinging enemies into the air with a devastating sword combo, only to finish them off as they come back down with your shotgun. Mixing things up is definitely the way to go as the combat can get quite stale otherwise, whilst attaining the highest combat rating of ‘S’ (standing for stylish) cannot be achieved if you go down the bog standard route.

Don’t assume that everyone can get taken down with your firearms though because they can’t. That would be far too easy, and this is Devil May Cry. Some boss fights require you to charge in sword swinging as opposed to standing off with your sights set from long range. This sometimes works well, but when some enemies are so much more powerful than Dante it’s hard to see the appeal of getting your ass handed to you constantly.

So whilst it is far from being the perfect HD collection package, the Devil May Cry Collection should be applauded for a decent attempt at trying to rekindle the once-famed series but at the same time it should probably only be played by those who are loyal to the series. It is unlikely that those newly coming to the trilogy will enjoy it as much as they expect because of the better third-person titles available today. It’s not a case that we have become too soft, just that advances in directing and natural evolution have not helped this series.

As a fashion statement, the DMC collection fits in well with the rest of the remake titles that are available at present but it falls way behind them. Based on its graphical quality and detail it is clear that this could have done with more love than it has been shown. The package obviously has plenty of longevity offering up three titles on one disc, but there are questions hanging over it with regards to the core mechanics and how well it has aged. For anyone who is new to the series or is looking for some quick and satisfying entertainment then they could find it elsewhere in a modern third person title, whilst those who played the originals back on PS2 may wish to replay them. A word of warning though; your memories may be tarnished.