"You chose to play cops and robbers, and you lost." 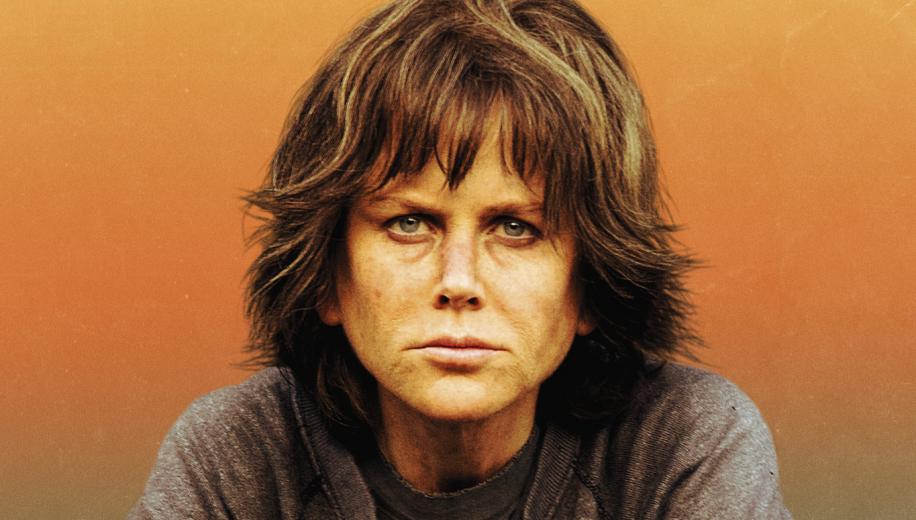 Driven by a tour-de-force performance from Kidman - not just the best thing that she's done in years, but a high point in her entire career - Destroyer is like a 70s hard-boiled detective noir which has been stuck in pre-production for the last half-century.

Director Karyn Kusuma - whose career got off to a great start with the impressive debut that was Girlfight, but subsequently was immediately derailed for the flawed Aeon Flux adaptation, and who has since done that rare good Megan Fox film in Jennifer's Body and the little-seen The Invitation (worth hunting down on Netflix) - fashions an accomplished crime drama out of undeniably familiar ingredients, all thrown into a non-linear mixing bowl with the common thread throughout being Kidman's standout performance.

The story follows battered LAPD Detective Erin Bell, who is in for the longest few days of her life, finding out that an old enemy has resurfaced, trawls through past criminal contacts - using blood, sweat and dirty tears - in order to settle an outstanding debt. She looks like a dead woman walking, frequently drunk, hated by her teenage daughter who chose to live with her ex rather than her, and with very little to live for and too much hurt to live with, charted out in flashbacks to her deep undercover work with a gang of armed robbers, work which took her to the edge - and beyond. It's not easy to make a contemporary LA crime story that still feels fresh and unusual; from the 70s right the way through to 1995's crime epic Heat, there were some seminal features, and since then it's been a hard sub-genre to crack, with striking masterpieces like Drive popping up occasionally, but filmmakers often have to resort to alternative viewpoints (the assassin's tale of Collateral and the corrupt cop wave post-Training Day) to offer something different from what's come before.

Destroyer feels like a movie that could have been made 30 years ago and would now be heralded as a classic - and if they'd cast Kidman, off the back of Dead Calm, her career might have gone in a completely different direction. Indeed, the difference here is perhaps the female lead, but that doesn't really change the fact that the story is quintessentially familiar. What defines it - as with all the memorable gems in the sub-genre - is the power of the lead performance, irrespective of sex. It's Kidman who owns this movie, taking you through some of the longest nights in her character's life, through the seedy streets of LA, in search of justice, redemption and maybe even finally, peace. Or just in search of some heads to crack and some people to shoot - both things she does exceptionally well.

A number of familiar faces offer support - from Winter Soldier's Sebastian Stan, to Toby Kebbell, who is a long way from Dead Man's Shoes now, to Orphan Black's Tatiana Maslany, The West Wing's Bradley Whitford and Scoot McNairy (recently in True Detective Season 3) - and they all do well to colour the fringes but it's Kidman who holds your focus. Impeccable makeup makes her almost unrecognisable in the present, although it's perhaps the flashbacks that are the most striking - she looks more natural and beautiful than she has done in years (and enjoys palpable chemistry with Stan). The jarring shift helps remind you of just what her character has been through in the intervening years, keeping the mystery rich and intoxicating as you try and get a bead on what drives this hard boiled machine of a detective to get up every morning - when she looks just as likely to just blow her own brains out.

It's a powerful character-driven piece, and Kusama doesn't hold back in the style department either, often some beautiful and poignant shots and an immersive score that thrums throughout (perhaps going a little too far in the strings department, but nevertheless offering a percussive backbone to the rest of the feature). That said, it positively comes alive during a couple of key shootout sequences, with a visceral energy that permeates the piece. One of those rare occurrences where the hyperbole of 'Kidman as you've never seen her before' actually rings true - Destroyer hits hard, and doesn't pull any punches, leaving a lasting impression once the credits roll.