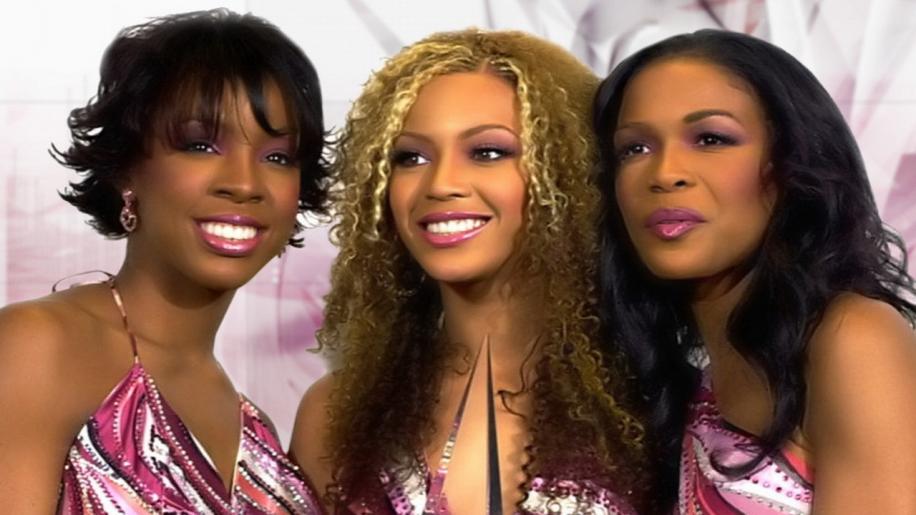 During their farewell tour the three lovely looking women arrived in Atlanta and allowed the concert to be filmed for their "Destiny Fulfilled... and Lovin' It" tour.

They have some rather large boots to fill especially comparing this to two of my previous favourites...Stop Making Sense - Talking Heads and In the Flesh - Roger Waters, so how do they handle what can be a difficult format to get across to a viewer. The ideal concert is one where you actually attend and to bring this level of atmosphere into your living room is difficult at the best of times.

It starts off with a slow build up, increasing the anticipation of waiting for the girls to appear on stage, this is handled well and the sense of anticipation builds until Destiny's Child themselves emerge on stage. Too many areas of so-called pop music today though is not about the music, it's about style and presentation. This is no different. Sure the girls can sing, especially Beyoncé Knowles, but I felt that throughout the feature their voices are all too often drowned out by the over production or heavy drum beat. Turn your hearing aid up granddad I hear you say!

These days of course it's all about show, seemingly no matter who you are, and to these ends the girls really come up top notch. The stage show, the dazzling lights and the choreography all really have to be commended, lover of their style of music or not! A wealth of costume changes occurs during which the audience are treated to a dance troupe and these small sections themselves are style over substance really, but the audience lap it all up. Notably at one point in the performance the trio invite 3 male members of the audience up on stage to give them their special workover and whilst an amusing sideline and no doubt a day to remember for the guys in question I just felt it was all too forced.

As I said earlier I can't fault their voices, their obvious commitment, the general ambiance on stage or the general production of this concert, it's just that this style of modern music scene is not for me; give me Aretha Franklin any day for I feel that what we have here is really all production and no soul.

A quick track listing for those who might be thinking of adding this to their collection.