A second expansion breathes new life into the struggling sequel... but for how long? 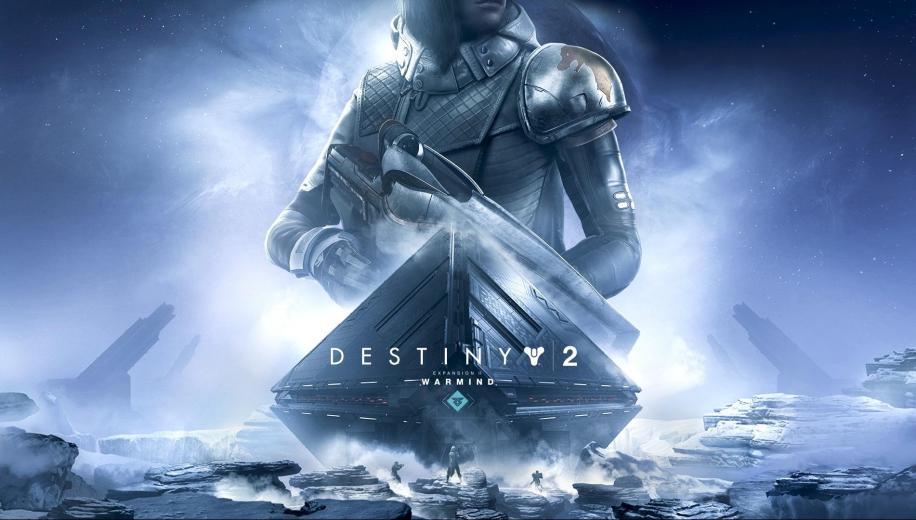 Destiny 2's second DLC pack can be succinctly summarised in four words: the grind is back. Depending on your own personal gaming preferences, that short summary will either plunge your soul into darkness or get your loot glands a-tingling, but one thing's for sure: it's exactly what Destiny 2 needed.

While built on strong fundamentals, the game's main issue to date has been holding player attention – the main source of meaningful upgrades has long been the game's weekly Milestones, leading to many logging in on reset day, smashing those out in an hour or two, then putting the game down for a week until there was more decent loot to be had. Warmind makes confident strides towards correcting this and giving players all manner of new stuff and a few more horizontal progression options to grind for even when the milestones are done, but 'grind' is very much the operative word.

Fortunately, the grind takes many forms in Warmind, with different potential rewards dangled just out of reach at the end of each avenue. Competitive multiplayer fans have an absurdly powerful new gun to try and claim in the form of uber-Pulse Rifle, Redrix's Claymore, but they'll need to overcome stiff opposition (and the wobbly matchmaking system) to get their hands on it. There are plenty of rewards hidden behind the (slightly) less stressful Quickplay playlist too, where progress isn't forfeited for losing matches and progress can be made simply by playing frequently.

For solo players, the new Mars play space is littered with caches to open and 'memories' to unlock – by shooting them, obviously – again with a slew of new gear available for intrepid explorers. And for those in for the long haul, there's finally an endgame to shoot for now thanks to Escalation Protocol, the new super-tough horde-style public event that is currently kicking the behinds of 99% of those who attempt it. As with the new Raid encounter (which is comfortably the hardest in the game so far), one week of progress simply hasn't been enough time for most to gear up for these ultimate challenges. And that's fine – it's called 'endgame content' for a reason.


Warmind's campaign component is by far its greatest letdown

Considering Destiny 2's promising start in terms of how much better it handled narrative than its predecessor, Warmind's campaign component is by far its greatest letdown. It's thematically and artistically cool, but it's over before it even really begins and just too truncated to adequately explain what's going on, or to do justice to its characters – it actively feels as though vital sequences are missing, while several major figures from Destiny's wider lore are just thrown away as pretty standard boss encounters.

To add insult to injury, two of these missions are repurposed as new Strikes (even more gallingly for many, the only all-new Strike is PlayStation exclusive), the chance to flesh out these encounters into more memorable battles befitting foes of their stature squandered.

Frugal content reuse is prevalent elsewhere too, from familiar gun models returning to the whole new Raid armour set just being a reskin of the Eater Of Worlds set. But it's hard to stay mad at the game for shortcomings such as these when the Mars play area itself is so densely packed with things to do, and when there are so many other examples of the team doing everything it can to get players hooked on Destiny again... and we are. Chief among these is the huge overhaul to Exotic weapons that rolled out for all players alongside the expansion, and it's a game-changer. Guns that once just took up valuable Vault space have been retooled and the meta has changed overnight – previously weak weapons like Graviton Lance and Tractor Cannon are now utterly beastly in the right hands and situations, and most Exotics actually feel exotic now, feeding further into the power fantasy aspect of the game that was so lacking at launch.

In addition, there are new things to chase thanks to the addition of Masterwork Catalysts for certain Exotic gear, each coming as a rare drop in one activity or another and presenting tasks which, when completed, further develop these powerful items with new perks or better stats. This does have the adverse effect of making most Exotic armour pieces feel even more lacklustre by comparison, though this thorough overhaul at least gives us confidence that Bungie is beavering away on future updates (there's a massive update planned for September, presumably to drop alongside the game's first major expansion around its one-year anniversary) that will make those shiniest of armour pieces relevant again just as this update has done for the rarest weapons.

Warmind gives with one hand and takes away with the other, to a certain degree. While the introduction of true endgame-level content like Escalation Protocol can't go uncongratulated, it can be fiddly to get groups of more than three together to take it on and the fact that progression has been slowed does feel a little like arbitrary time-gating of this challenging content. Clan packages no longer drop above the soft Power cap, making them largely useless after the first week; Exotic drops and most reward gear are now also subject to the same caps as Legendary items, removing another avenue for progression; Heroic Strikes, despite being incredibly difficult due to some truly brutal new modifiers, don't even drop gear at the recommended Power level for the activity, rendering them effectively irrelevant once you've done your three for the weekly Milestone.

For a lot of less active players, Milestones are still the only way to make progress toward higher Power levels. Those in active communities have it better, as things like Nightfall Strikes, Raids, and high-level Trials Of The Nine multiplayer can all still drop powerful gear, but all require a full pre-made Fireteam. Now more than ever, you'll need to party up if you want to make meaningful progress. But maybe this is a blessing in disguise. One of the main reasons players burned out on the core game and the last expansion, Curse Of Osiris, so quickly was that rushing to level cap and stomping all available content left them nothing to do, and so they drifted away in droves. Now so many have returned to find a rejuvenated game with plenty more to do and look forward to, a lot of Guardians have realised this might actually be the way to get the most out of the game they love.

While we'd like to see at least a few more avenues via which mild Power boosts may be acquired with enough legwork, this method does at least mean that most of us will have plenty to do each week for the foreseeable future, perhaps right up until the next major content drop if the team can keep drip-feeding extra bits and bobs to chase. And for all the issues we have with this expansion, the fact that it has us and a sizeable chunk of our friend lists logging back in everyday is a sure sign that it has done something right. Warmind doesn't 'fix' Destiny 2, because Destiny 2 wasn't technically broken. What it does do, however, is significantly improve some weaker elements of the core experience and offer tangible reasons to return regularly, something the many Guardians who drifted away from the game are clearly relishing right now.

It's hard to say just how long this resurgence will last, but a lot of the main changes made here showcase a developer working to embrace player feedback and reshape Destiny 2 into the game the community wants it to be.

There are still issues to be ironed out with the game – such as making Heroic Strikes worth doing to prevent random players bailing at the first sign of a vaguely tricky mission, making armour sets, perks and mods more meaningful, and finding a slightly better progression balance to let committed players grind out a little extra Power each week, to name but a few – but Warmind represents a positive step in the right direction all the same.