An extremely enjoyable return to the moon. 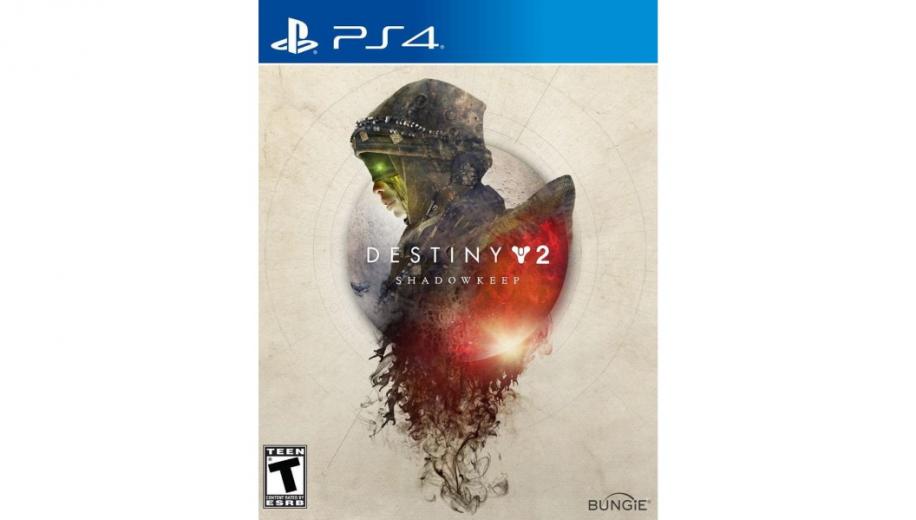 A decade is a long time in gaming. In that kind of time frame, we've seen Mario go from simple three-colour sprite to fully 3D character model, his worlds too exploding from basic scrolling plains to rich three-dimensional playgrounds to explore. We've seen Tomb Raider star Lara Croft go from a crude 230-polygon figure in her original outing to a detailed model made up of close to 10,000 polys come Legend, with that number soaring once more in the following decade to give us Rise Of The Tomb Raider's near-photorealistic Lara. It's not just tech that changes, either – studios open and close, publishers rise and fall, staff move between companies and the market as a whole is always changing. So when Activision and Bungie first came out talking about their ten-year plan for Destiny, you can probably see why we took their words with a pinch of salt. And sure enough, the decade-long plan was less than halfway through when conflict between publisher and developer led to Bungie breaking away from Activision entirely in order to go it alone with the future of Destiny.

Only the tip of the iceberg


Destiny 2 today is barely recognisable compared to how the original was at launch, and is even a completely different beast to the launch version of the sequel, which fell into the exact same pitfall as the first game in front-loading most of its content and starving itself of a meaningful endgame. While expansions helped to add extra content to ease this issue somewhat, it still didn't take long to reach the point where many players were simply logging on for weekly reset, grabbing a few bits of gear, then putting the game down for another week. Bungie's plan to combat this has been to make Shadowkeep (and indeed Destiny, in general, going forward) a game that evolves on a weekly basis. What was presented upfront on launch day might have felt a little on the thin side, with a brief campaign with little payoff and a sort-of-new place to explore (more on that in a bit), but it's important to remember that is only the tip of the iceberg. New activities and events now come and go on a weekly basis, so it always feels like there's loads to do whenever you log on – perfectly timed to coincide with the base game going free-to-play via the New Light version.

Destiny 2: Shadowkeep made a pretty bad first impression, because it was literally impossible to play at launch. In hindsight, launching a free-to-play version of Destiny 2 at the same time as a brand new expansion might not have been Bungie's smartest play, and its servers buckled under the strain of so many new and returning players to create six long hours of downtime. Since then, things have been much more stable and it's been a blast. First up, the shift to a season pass format makes for a constant procession of unlocks and rewards, both in terms of the bits and pieces unlocked via the pass itself and the extra powers granted by levelling up the Artifact unlocked early on. This grants powerful mods for your gear and even a technically infinite amount of extra Power levels for dedicated Guardians to chase, although that grind gets pretty crazy as soon as you break double digits. The much-vaunted new armour system is exciting in that it allows you to customise perk sets yourself rather than work with whatever random rolls drop, although it can feel like a step back in the early portion of the expansion while you only have limited mods to work with. It's designed to better cater to players hitting endgame content and now we're there, we can safely say it does a great job in that regard.


It's great to feel challenged by Destiny again


We also get a 'new' play space in the form of Earth's Moon, the inverted commas there since veteran Guardians will have almost certainly been there before in the original Destiny and in truth, it hasn't changed all that much. Parts have fallen into disrepair in our absence, a few new areas have been bolted on to make the map a good size now, and Lost Sectors have been added in line with the rest of Destiny 2's locations, and these are probably the best ones in the game. They're lengthy, challenging, and have unique mechanics, making them feel almost like miniature Strikes rather than the short enemy cupboards that most of the others around the system tend to be. There's an undeniable excitement about returning to the moon after such a long time away (your mileage will vary in terms of how long that nostalgia kick lasts), and it's still a cool and surprisingly varied area for any newcomers that didn't venture there in the original game. Most of all, it's just great to feel challenged by Destiny again. Outside of a few encounters, most previous content can be face-tanked pretty easily when you're at max level as many of us had been for months before Shadowkeep dropped, so having to tool up all over again and actively avoid areas or missions that might be genuinely impossible with low-level gear is a real breath of fresh air. Bungie does challenge really well, as Nightfall addicts and regular Raiders will tell you, and there's a genuine thrill to the basic missions and busywork of the game when they put you through the wringer.

Endgame is the beating heart of a Destiny experience, and there's good news on that front, too. The Nightfall is currently at the centre of this, although we're already seeing the difficulty tiers used there roll out into other activities as well, which will give Guardians far more choice by the time they reach 950 Power and beyond. The Nightfall itself – now subtitled 'The Ordeal' – is a curated Strike that rotates weekly, and it comes in four flavours. These range from being no more difficult than a regular Strike all the way up to Master mode, with a recommended Power level of 980 (which is a beefy 20 points above the maximum player Power cap, for reference) and stacks of brutal modifiers to deal with. The best of these introduce Champion enemies who can only be dealt with using this season's special mods to break their regenerating shields, fry a rampaging Minotaur's circuits, or stop a charging Ogre dead in its tracks, for example. It promotes coordinating loadouts with allies and indirectly forces players away from the usual boring-but-effective gear choices, which is great, so we can't wait to see these modifiers creep into other modes like the Vex Offensive seasonal arena, which is already a lot of fun but would be way better if it wasn't just easily steamrollered by most groups.


Then there's the Raid, and Bungie's winning streak continues here. The Black Garden is gorgeous in its design, in equal parts breathtaking and confusing, as you might expect the homeworld of a mechanised race to be. Encounters are challenging, walking a confident line between enemy difficulty and mechanical complexity, and the rewards are generally pretty spectacular, so it's well worth putting a team together to see this through. While there's still no true matchmaking for this (strong communication is vital to beat even the first section), the Guided Games system returns, meaning that players without their own Raid team can tag along with other experienced teams who might be one short. Additional rewards also make it advisable to join a Clan, and most of these are packed with helpful players who will more than likely be up for helping you get Raids done. Destiny's community continues to be one of the best aspects of the game (the few rotten eggs you might run into in the Crucible aside), and it's honestly one of the main reason so many players keep coming back time and again when the franchise has made so many missteps along the way.

Destiny 2: Shadowkeep offers a decent amount of content up-front, but it's the promise of regular weekly updates and additions that makes it most exciting. There are new activities, weapons, challenges and events planned for the coming weeks and months and it's all laid out clearly, making it easy for Guardians to get geared up in time for whatever it is they want to play, whether that be the sweaty PvP of Iron Banner, the mysteries of a new Dungeon (the previous one, Shattered Throne, being one of the best activities in all of Destiny), or simply more challenging versions of existing activities they know and love. Power creep has been reined in significantly, clearing the way for new approaches and strategies rather than the same ones that have been effective for months or even years, although a few weapons have slipped through the cracks – Huckleberry is still nuts thanks to dodging the otherwise blanket nerf to the Rampage perk, while The Recluse shows just how broken it was before by still managing to be best-in-slot for most activities even after its unique perk got slapped down to a more sensible level.

It's also worth noting that while we've focused on Shadowkeep as an expansion, most of what we've mentioned and praised here also applies to the New Light content, with players of the F2P version getting all the same benefits in terms of quality-of-life improvements as well as things like the new armour system. Whether you're a paid-up ticketholder for lunar travel or a newcomer taking in the sights of the solar system for the first time, Destiny 2 is in a really good place right now, and Bungie has made the future of the game feel extremely promising with its solo debut here.