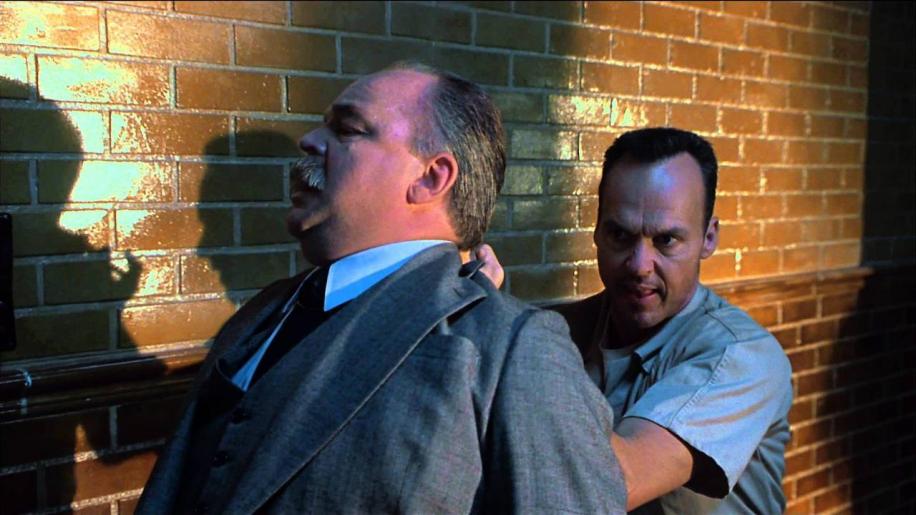 I would assume that most people – whether directly or indirectly – have known somebody in their lifetime who has had a serious drug problem. I’m not talking about dabbling when you’re a student, nor am I going to weigh in on the whole debate about legalising cannabis – I’m talking about regular cocaine or heroin users; individuals whose friends or families notice a distinct change in behaviour, ramped up aggression and even blurred morality. People don’t often help themselves to get out of that kind of situation and, even if they try to, they often don’t want to ask for help. And then there are those who simply don’t have the strength to get off drugs – even with assistance. Sometimes you wish you could just lock them in a room, with water and all the necessary materials to sustain them, and then force them to go cold turkey. It’s a brutal kind of hell to inflict on someone, but arguably justified if it will help them in the long run.

Desperate Measures takes this notion, and wraps it up in a psychological thriller, where the central character, Ross, is forced to detox. After a drug and alcohol binge, he wakes up to find himself in a locked room, in a shack, in the middle of the countryside. Initially confused and angry, he goes through the motions of all that you would expect from a man in his kind of desperate situation – the withdrawal symptoms prompting him to go to increasingly great lengths to escape. It doesn’t help that he does not know his captors – two men, a brutish thug with an axe, and an older man who appears to be giving the orders – and that they appear to be immune to either desperate pleas or bribery. The son of a mid-level gangster, Ross even attempts to use his gangland ties to push for a release, but nothing seems to make these guys flinch. With no idea who they are or what they want, Ross is forced to stay in his own personal hell, with no sign that he’ll ever come out of the other side alive.

British indie filmmaker Steve Looker, working with a script from Chris Green, have moulded a fairly honest – at times brutally so – look at going cold turkey; an unsentimental voyage through the darker side of drugs, and the damage that it can cause to all around. Although this is not the kind of movie that you’d expect to see at the cinema, it’s certainly the type of fare that Channel 4 would pick up for a special season on British Independent Filmmakers. A simple, minimalistic scenario – so simple that it could easily work on the stage – allows almost everything to take place in this one location in the middle of nowhere. In fact, the majority of the film actually just takes place in one room. This is far from a criticism, as Looker manages to make the most of the claustrophobic environment, even adopting some reasonably effective editing strokes – undercranking and overcranking, slow-motion and flash imagery – all to get you into the head of a desperate man who is suffering because of his withdrawal symptoms. In one flash of genius, we see him preparing, again and again, the motion of hitting his captor as the man walks through the door – and this succession of shots culminates in him actually carrying out the plan. It’s a tiny moment, but it certainly reflects some talent in the director, even if he is obviously massively restricted by a miniscule budget and small scale scope.

The performances too are quite strong, with the three main characters played by Stephen Lord, Ricci Harnett and Maxton G. Beesley. Lord did the best part of a hundred episodes of Eastenders – in a pretty nasty role there too – so that’s what you’ll probably remember him from. A stronger actor in his position would have undoubtedly improved the proceedings, but that’s not to say that he is bad – and, if anything, his ability to make you utterly detest him in almost every scene works for the film. For the most part. Harnett, who you might remember from 28 Days Later, is suitably stoic as the tough drill instructor-like guy stationed to ensure that Ross doesn’t escape; and Beesley (dad of Max Beesley Jr, from the excellent BBC drama Bodies) is reasonably good as the seeming organ grinder behind the whole incarceration. As stated, it’s a low-key stage play-like affair, with just these three characters playing off one another for the duration, but it is remarkably effective considering the inherent limitations of a project this small.

At the end of the day, Desperate Measures would undoubtedly disappoint as a cinematic fare, and I’m even a little surprised that it is getting a straight to DVD release, as I suspect this one would see the most coverage if sponsored by Film Four or Channel Four, as some kind of TV drama. It definitely has that vibe to it, and would work well if played out late one night. And I say late because, quite honestly, it’s chock full of f-bombs. I have no idea how this one ended up being 15-rated, unless the censors didn’t actually bother watching it with the sound on, because whilst it’s not all that violent at all, the characters swear like troopers for the entire duration. Even I got a bit tired of it, and I love Goodfellas. And you should also be made aware of the fact that this is not another low-budget torture porn flick – despite the guy who walks around with a very big axe. It’s not even Misery in terms of torturous incarceration – this is much more of a psychological drama. Now, this is a plus point, but I suspect that the front cover and whole ‘guy with an axe’ motif are something of an attempt to get torture porn-fans interested in what is a very different animal indeed.

Overall, if you like your British drama raw and unglamorous, very personal in nature and still quite intriguing despite the no-frills, no-budget approach, then this will surely tickle your fancy.