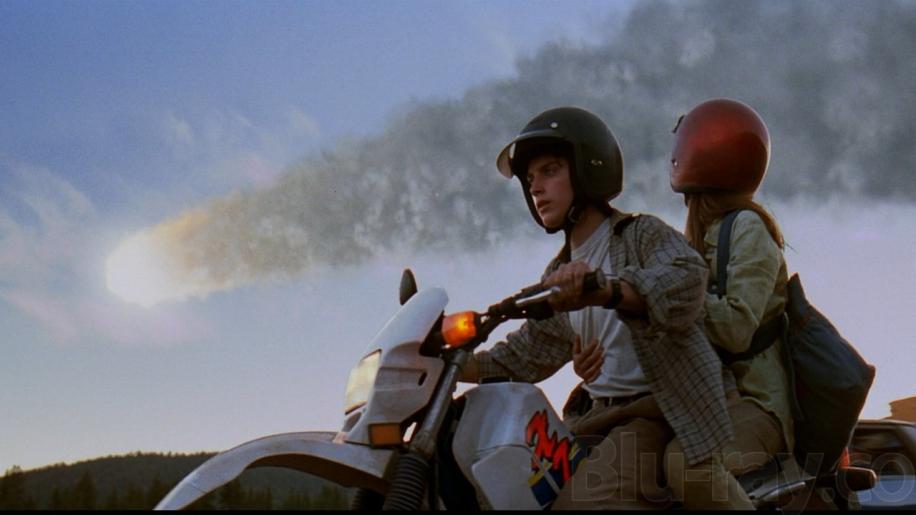 This new Special Collector's Edition sports a nice new 2.35:1 anamorphically-enhanced picture - a definite improvement over the original DVD, which had (like Armageddon) a non anamorphic letterboxed image. Whilst this new release is clean and practically devoid of edge enhancement, it seems a little soft when compared to the latest big budgeted Hollywood blockbuster - take a look at Robert Duvall's aging features... they don't seem quite as craggy as usual. Colours are rich and deep, but contrast is a little shallow and leaves the image with a slightly two-dimensional look. It's by no means bad, but there's nothing that makes it really stand out from the crowd, either.

This latest DVD release offers an English 448Kbps Dolby Digital 5.1 soundtrack as well as French Dolby Digital 5.1 (448Kbps) and an English Stereo track. Overall, the Dolby Digital effort does pretty much what it says on the tin - centre channel voices are clear and always intelligible, although at times vocals may sometimes sound a little nasal. I've definitely heard Morgan Freeman's voice sound a little richer - but that's me being a picky. Where Deep Impact really scores is during those space shots, with scenes of the comet and explosions having real depth and impact... please excuse that little pun.

The stand out moment for me is the scene where the astronauts have to get “the hell outta here”; the sun's rays begin to pierce the cold darkness that surrounds our heroes, and pretty soon mayhem ensues. A couple of men drift off towards the emptiness of space, until their tethers prevent them from hurtling outwards to certain death. As they're pulled back to the comet's surface they hurriedly make their way back to the safety of the command module... and it's here that my stand out audio moment occurs. The rear speakers come alive with the deep, heavy breathing of the astronauts, fearful and panicked. Wow - talk about putting you at the heart of the action!

The audio commentary with director Mimi Leder and visual effects supervisor Scott Farrar is both entertaining and full of insight. I truly had no idea that Ms Leder, who also directed The Peacemaker and numerous ER episodes, thought that the title Deep Impact suggested a porn movie... to her at least! It's rare that I really enjoy a movie's commentary, but there's something about this one that really kept me interested - Leder and Farrar come across as genuine, down to earth folk and maybe that's it? They also don't constantly hit you over the head with how “stupendous” the movie is, or how this or that effect was the best it could be - that's a bug bear of mine - they're just... straight forward and fun. Simply put - this is one of the better movie commentaries I've listened to.

Preparing For The End has comments from N.A.S.A. personnel, Eugene Shoemaker (of Jupiter Comet collision fame), Mimi Leder and others. Again, I enjoyed this feature - it's almost a mini version of the actual movie! It's a shame that it's so short, though - 8mins 57 secs.

Making An Impact takes a look at the intricacies involved in producing the CGI and scale models used in the movie, whilst Creating The Perfect Traffic Jam does pretty much the same, but focuses on the mass evacuation of a city, as seen in the movie.

All in all these supplemental features, though fairly short, really enhanced the actual movie experience - and for me that's a rarity.

Despite the rear cover's promise of some Parting Thoughts, Photo Gallery and Teaser and Theatrical Trailers, I was stumped - I couldn't find any of these features anywhere!

I like Deep Impact. It's a decent movie, and this Special Collector's Edition DVD comes with a solid image, good sound and some enjoyable extra features. If you're a fan of the movie I think this release deserves to find its way into your collection.