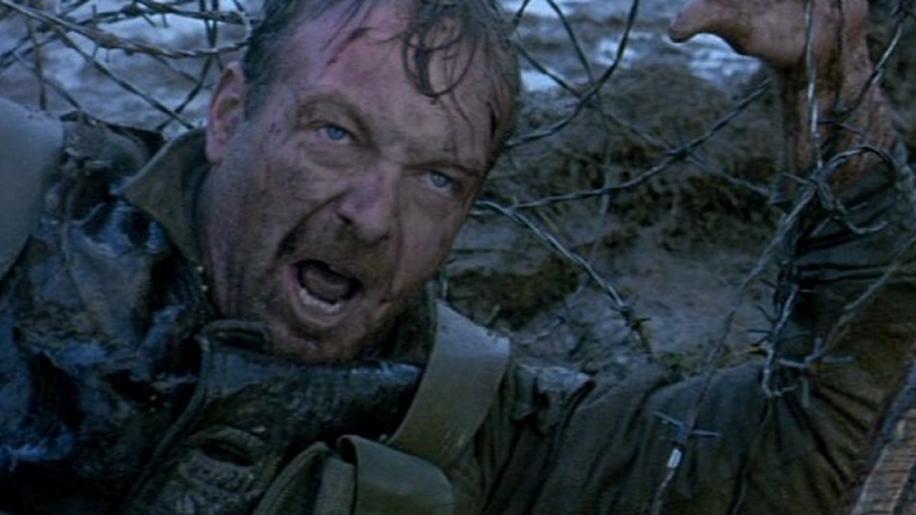 A group of British soldiers in the trenches of World War I charge over the top and are soon lost in the muster gas clouds. Once the fog clears the group find a German trench which they seize. There are a large amount of dead bodies and it is not long before the soldiers begin to wonder if everything is what it should be. As the days and nights progress, one by one the soldiers begin to suffer more unusual and gruesome fates. Is the trench possessed by something even more terrible than the war around them?
I really wanted to enjoy this movie and the premise is enough to get your mind racing with ideas and thoughts of what might happen. But sadly this low budget British and German funded picture lacks pace and just doesn't manage to build up any real tension. There are some effective chills now and again, but the lack of character and plot development just means that Deathwatch is an alright movie, not a great one. It is not all bad however as there are some good performances from certain cast members and some signs show that the director does have a talent for movie making, maybe his hands were tied too much with a low budget and producers always looking over his shoulder. In fact by following some of the extras and also comments made by certain cast members it would appear that a constant changing of the shooting script left things rather open ended as far as developing their characters. It is a good attempt and an interesting idea which just falls a little sort on achieving it's goals.