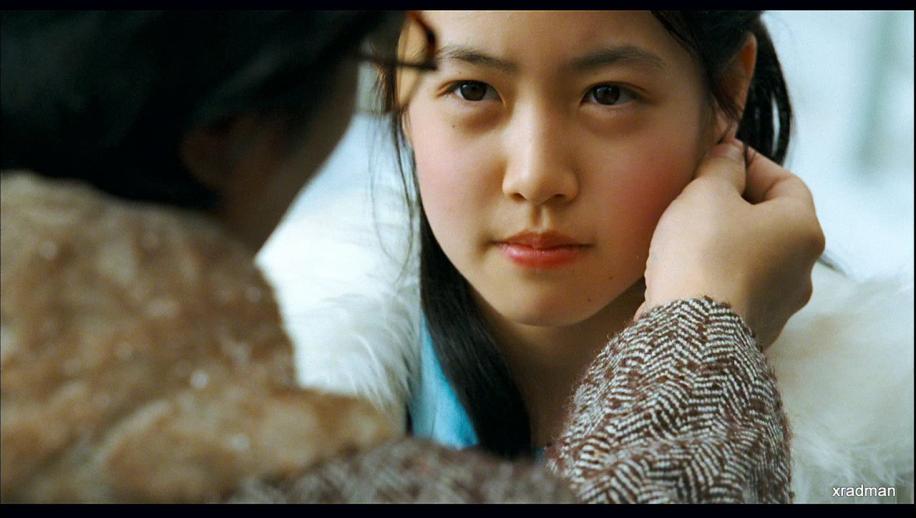 When I saw the opportunity to review Death Trance I eagerly jumped at it. Being a huge fan of lead actor Tak Sakaguchi from the acclaimed zombie fantasy Versus, I was only too eager to see what this film had in store. Being from the action director of the aforementioned modern cult classic, this had all the potential to be a similar carnage packed smash for fans of all things weird and Japanese. The tagline emblazoned across posters and the Blu-ray cover further raised my expectations, with a suitably over dramatic precis of the story as presented to new viewers: “An unknown time. An unknown place. Without reason. With no future. His only desire is destruction.” When such words are plastered across the images of a tattooed monk and a samurai sword wielding Sakaguchi, this is almost enough to push those dying for the disc to start spinning, over the edge. To say that my expectations for this film were high would be something of an understatement.

It would be wrong to assess this film as merely a continuation of the overall style of Versus but it can be hard to get away from when so much is clearly pinned on the connection to that film's fanbase. When one of the selling points to viewers is “From the action director of Versus”, this could be seen as setting the production up for a fall by placing it beside a cult classic that is held in such high regard by buffs of Asian cinema. Looking at the director Yuji Shimomura's track record though, this seems to be the main marketable credit to his name as Death Trance is his first feature film direction and his previous work consists mainly of action director and director of videogame cut-scenes for Capcom. Add in the four writers, three of whom claim this as their first foray into script duties and the ingredients start to make for a less than mouth watering mix. Still, with Sakaguchi attached, perhaps the result of the recipe will still be appetising.

As previously mentioned, the resoundingly vague description of an unknown time and an unknown place leaves the story with ample room for artistic licence. The tale hinges on an anonymous man (Sakaguchi) who has stolen a coffin from a holy temple. The opening of the seals on said coffin are purported by some to bring wishes, by others to show nothing more than the heads of those the man has decapitated and to the high priest it is believed to bring with it the end of the world as we know it. Thus there is no lack of individuals keen to relieve this mysterious stranger of his heavy prize swathed in chains. Some want nothing more than to discover the contents and gain the magic contained within for themselves, but to the young priest sent out to retrieve the stolen artefact that has lain in his monastery for over 100 years, his only wish is to divert the oncoming disaster. First he must make his way past the bandits and magical figures that reside in this landscape before he can find the thief dragging his loot to an unknown destination, who is followed in his progress by a strange child that seems intent on tagging along.

The initial shots will lead the viewer down the path of familiarity, with temples, monks and figures in robes all being fairly commonplace in such films. There are elements of distinct gothic twists though, as the chains which seem to hang in the temple's inner sanctum give the notion of a more sinister edge to proceedings. We're thrown straight into the action as an unnamed assailant attacks the holy place and flies through those who stand in his way with a flurry of strikes from his sword. This brings with it one of the first and most noticeable deviations from the Versus formula. The aforementioned film brought with it a reasonable amount of gore which helped place it firmly in not only the lo-fi Japanese genre of weirdness and hyper violence, but also made it an attractive watch for all fans of zombie pictures. Death Trance on the other hand has a distinctly sanitised approach to the majority of its action set pieces. The lack of blood is one thing but I'm sure I won't be in the minority to be disappointed seeing the lead protagonist striking his enemies with what appears to be either a sheathed sword for the majority of the fights. Either way, the ensuing lack of bloodshed until the final reel leads to not only a less dark edge to this film but also an almost videogame like experience where enemies, not having been killed, reappear later like spawning polygons.

This slightly cartoonish element doesn't just limit itself to the non demise of those who lose out in battle, as the action sequences themselves are often similarly light in nature. Those looking for a consistent thread which runs through this film and Versus by way of the director and his previously choreographed action sequences, will be sorely disappointed. The fists fly and swords are wielded but the overwhelming tone is one of light hearted animated fun as opposed to grim realism of any note. The coffin dragging man dishes out no end of punishment yet comes across as less of an Eastwood “man with no name” and more akin to a petulant Jackie Chan, taking hits himself and fighting in a manner that involves utilising anything at hand and childishly kicking people on the floor when annoyed. The nature of these segments is clearly not one of brooding malevolence and is often played instead for laughs. The result is that of a live action anime/manga. The clothing and resounding oddity of the weapons used bears this comparison out. Characters are bedecked in darkened robes, appearing half feudal and half grotesque, with their faces often painted white and with eyes daubed with black - for those with an interest in manga, think of a human version of the shinigami Ryuk as illustrated by Takeshi Obata from Death Note. Serf like peasants and bandits wear various studded and leather apparel and the implements used during fight scenes only further distances this setting from the real world. One would expect swords, axes and clubs to appear in a fantasy piece and even the giant sword that one ne'er-do-well brandishes is fairly normal when compared to the magnums, bazookas, motorbikes and bullet firing tonfa that surface throughout the many fights.

Death Trance is an entirely weird experience. To ready yourself, as I did, for a film that is anywhere close to being akin to Versus is to place your expectations not only too high but also wide of the mark with regards content. Think of this as a live action wacky manga/anime and you'll doubtless get some real satisfaction from it. The zany characters seem straight from the page of a copy of Shonen Jump, with a loner who's always hungry and seems destined to fight with the assured ease of a killing machine, yet resorts to whatever measures will get the job done. Add in a Musashi-like dual samurai sword wielding mercenary (played by Kentaro Seagal - Steven's son), bearing not a little in the way of character resemblance to Yojimbo, but with a Teddy boy's haircut and packing a magnum and a bazooka and you've got two characters that hold your attention throughout the albeit meagre 89 minutes run time. There are some similarities to Versus but to mention them would no doubt spoil certain elements of this film. If you are after nothing more than Versus part II then I'd suggest you head elsewhere as it soon becomes abundantly clear that Ryuhei Kitamura and Yuji Shimomura have two different directorial styles, but if you like the over stylised zaniness of anime/manga and want to see more outlandish weaponry as in the likes of Sukiyaki Western Django and don't mind an experience that holds its starkest drama for the final act then this definitely warrants a watch - adjust your expectations to what's actually on offer and you won't be disappointed. I'm certainly hoping for a sequel.