Death to the Supermodels Movie Review 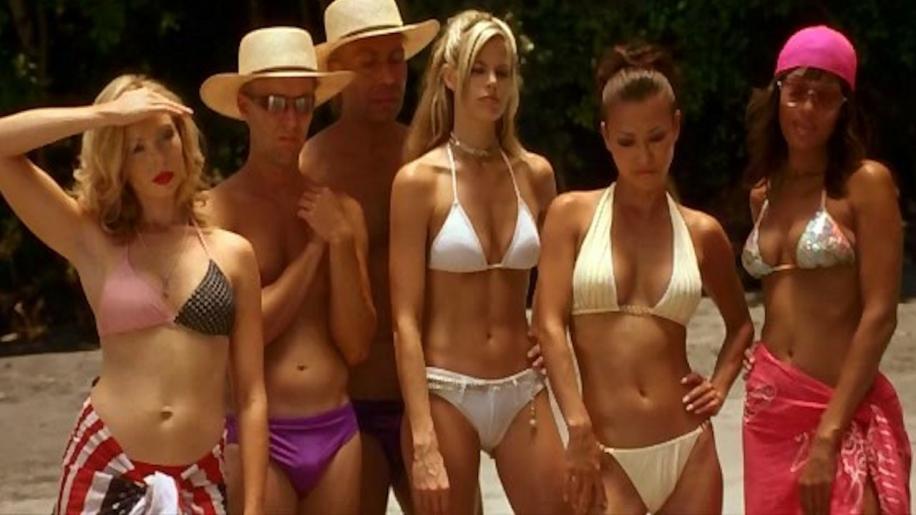 Death to the Supermodels Movie (2005)

Political correctness may well go out the window in this movie, that's for certain. Tiffany (Pressly) is the editor of the magazine Merle, whose core readership is gay men and lesbians. Trying to increase their 1% demographic with 'normal' people, she proposes a supermodel swimsuit issue featuring the top 5 supermodels in the world, which will be shot on a remote tropical island. All well and good, but the supermodels hate each other, Tiffany has self-esteem issues and starts hearing the motivational speaker all the time, not to mention she's a huge fan of the models and wants to be one, one of the two asexual photographers is mute and this is before the first death. Suffice to say the clue is in the title and more deaths occur soon enough. Is the voice in Tiffany's head right and she's the killer or is it not quite so obvious?

Is this as bad as it sounds or is it far worse? Well, yes it's bad, but in a perverse must-keep-watching-to-see-just-how-bad kind of way. The positives first, in that the 5 supermodels and Jaime Pressly aren't harsh on the eyes and it has one or two funny moments. Ok, maybe one. However, the cast weren't hired on acting talent, as you can probably tell from the credits. The script is largely unfunny, which is never good for a comedy, in fact it reminded me of Scary Movie, which is another largely unfunny movie, at least to me. Maybe I'm a little sick of that kinda thing or maybe this just misses the mark in its execution, I can't say for definite, but if you laugh out loud once, you're doing considerably better than me. Still as I usually say, I can name worse movies, but I can list a considerable number of better ones.