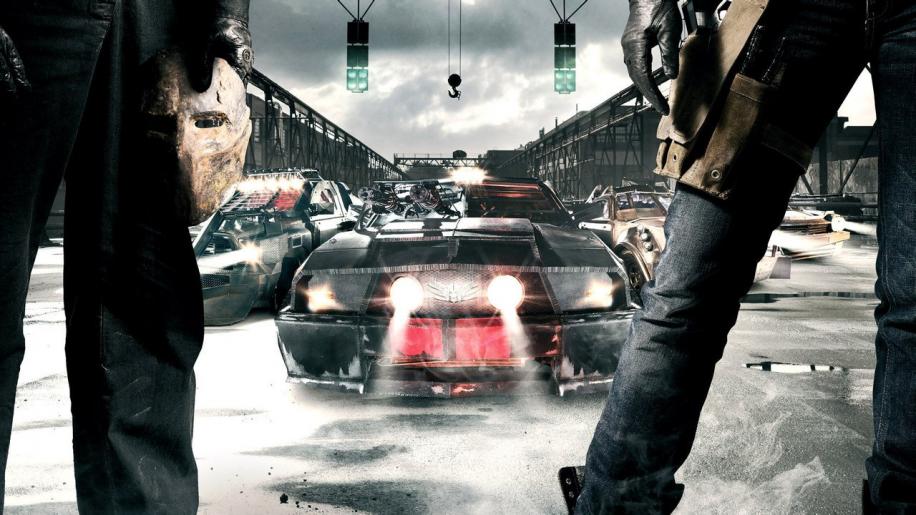 Action movie stars have had a tough time of it recently. The new millennium largely saw the death of the classic 80s action hero, there no long being a place for those classically visceral violent no-brainers of the past. No more Arnie, even Stallone's return to form had to have more of a story behind it (where in the past he would single-handedly take on a whole Army, gunships and all) and in the generation of The Matrix and The Bourne movies there is no place for blunt action heroes. Or is there? Modern action icons include people from all the aforementioned movies, but if I were to name one of the actors who has most closely followed the path of our past heroes, it would have to be Jason Statham. Seeing him in Lock Stock, or Snatch, would not have given away anything about his prowess as a fighter, although a brief look at his biography reveals some Olympic medals and some considerable martial arts skills. 2002's Transporter confirmed his potential as an action star. It was a silly but ludicrously fun classic action movie - all over-the-top stunts, frenetic car chases and shootouts, and bone-cracking fights. Transporter 2 sealed his fate, although he kept his fingers in some slightly different stuff along the way, and the third one - apparently more fun than Bond - is currently in UK cinemas. Not averse to remakes either (having previously starred in Mean Machine and the Italian Job) he signed on to star in Death Race, based on the 70s cult classic by the same name (which also starred a pre-fame Stallone). And to be honest, on paper, it looks little more than an extra-violent Transporter movie set in a futuristic prison. Which is actually not necessarily a bad thing.

In just four years the US economy has plummeted into deeper depression, crime and unemployment are rife and hard labourers are struggling to earn a pittance whilst the Government tries to keep things in check with military force. Jenson Ames is a volatile worker, a family man who refuses to lay down in the face of injustice, even at the price of his own freedom. Framed and sent to prison, he soon finds himself first choice to participate in an elaborate race that the warden streams to eager viewers across the globe. The goal is simple - win and you get your freedom, but with the vehicles, weapons and traps set up, surviving will be hard enough as it is.

This movie is pretty simple as well, just a bunch of angry muscle-men driving around in souped-up cars with ridiculous guns and unlimited ammo shooting and ramming the hell out of each other, or ground-pounding each other off the track. There's some unnecessarily convoluted story about revenge and ratings that evolves across the thin plot, but it doesn't matter, it's just an excuse to have the car chases and fights. And, funnily enough, however vapid it is - on this level the movie actually succeeds. It is stupid, dumb and immensely fun. It does exactly what it says on the box.

Statham's done pretty well to become a British worldwide action hero. I've always been dubious about his American accent (he's much more authentic in the excellent Crank, which is Grand Theft Auto brought to life with a bucket of dark humour) but I suppose it suits his globally marketed action vehicles better. And here he has nothing in particular to work with, but does what he does well - flex his muscles and furrow his brows. This is just a Transporter movie, with his character given a (slightly inexplicable) volatile edge, and stuck in a prison. There are a few other recognisable names on board, but they're all relatively insignificant in the grand scheme of things, the excellent Ian McShane taking a giant leap down from Deadwood to play one of the mechanics, Tyrese Gibson (we're talking Transformers and that stupidly named first Fast and the Furious sequel) as an improbable opponent, and the gorgeous Cuban newcomer Natalie Martinez in the requisite hot chica navigator/love interest role. Joan Allen, who did superbly in the Bourne sequels, also dumbs it down as the improbable warden who is manipulating the whole thing just to secure ratings. They're all relatively insignificant however as many viewers will get more fun from seeing the cars tear each other apart.

For those familiar with the original, this is not a straight remake, but more of a reworking. Gone is the points scheme for running over pedestrians (which was a controversial but integral part of the previous version), but many of the bare basics remain - including the names of the lead characters (the anti-hero Frankenstein, his arch-nemesis Machine-Gun Joe) and the concepts surrounding the race itself. And Director Paul W.S. Anderson acquits himself quite well at creating a straight action vehicle like this. It may not have the evil edge of Event Horizon, but he works better with material like this (as he did with Resident Evil) than he did with the cinematically-established AvP franchise. This isn't a work of art, and he does give the impression that he put a lot of thought into the largely extraneous plot (which he wrote), but if you ignore any remnant delusions of grandeur and enjoy it for what it is then this is an immensely fun movie. Sit back, hope your armour plating holds and let those machine guns rip.