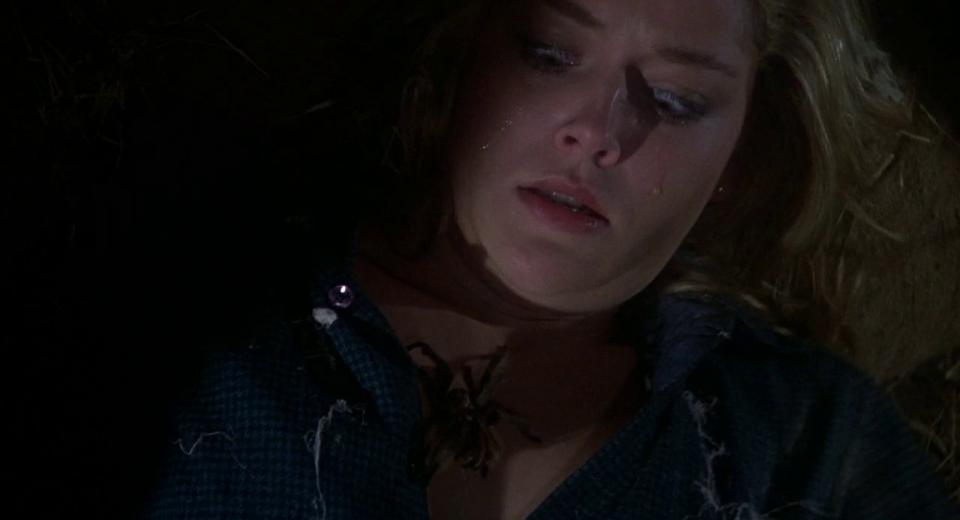 The disc presents a slightly altered aspect from its theatrical run at widescreen 1.78:1, is 1080p, AVC MPEG4 encoded and Region locked to B.

The print is in remarkably good shape considering its age and there looks to have been no digital tampering to clean up the image. Detail is, on the whole, ok, skin has a reasonable texture, clothing has a clean weave, wood has fine grain with both fore and background holding edges very well. The steam generated in the bath scene is fine without any blocking or posterization.

Colours are quite bright with all the primaries having reasonable vibrancy, reds in particular come off well, with the blue of the skies grading very well. Skin tones are fairly natural looking, even if the higher resolution shows up the amount of makeup the girls are wearing along with the false hair given to the Hittites.

Brightness is set a tad high and contrast a smidgen low, which, while it maintains a bright enough image does tend to shorten the frame considerably, giving a very ‘made for TV look’. Blacks therefore never really deepen to the inky depths that a horror film demands, more of a very dark grey which does hide a little shadow detail and can, at times, become a tad murky due to the amount of grain. Inside of the barn, night time shots and creepy dark dreams do hold reasonable depth and the black is passable, but with a slight tweak could have been very strong indeed and given that extra punch that the picture really needs.

Digitally there are no compression problems, jaggies or posterization, I spotted a wee bit of edge enhancement in a couple of places but nothing to worry too much about. The lack of any DNR means there is a pleasing grain structure, which does get somewhat murky in lower light conditions, but also leads to a fair amount of nicks, black and white specks and, on one occasion, a water mark, but again it’s nothing to ruin a viewing experience, providing you are ok with grain. Perhaps the weakest element is the 80’s soft focus filming style that is prevalent throughout the feature, but nothing can be done about that, it’s how it is. Only the one track to choose from: English LPCM 2.0 mono (48Hz). Lacking the 5.1 option that can be found on the US release, this mono track is no slouch, presenting, as it does, the original track without embellishments. On the whole it’s pretty good, playing at reference it can be a little shrill and there is a slight background hiss, but dropping it slightly will result in a far warmer tone that is very serviceable. Dialogue is natural sounding and effects, stinger or otherwise, have a decent intensity without resulting in distortion. Horner’s score comes across with gusto and really helps to lift the spirit of the piece. The tractor engine and gun fire have reasonable bass, but don’t go expecting any LF effects, there aren’t any. The higher resolution of the LPCM track does show up the ADR and foley effects quite harshly in places, some might say that that’s an element of charm, personally I think it stands out too much. It’s a functional track that gets its information across very well. Deadly Blessing is quite a small cannon in the horror maestro's otherwise awesome arsenal. Filmed at a time when he was on the cusp of the all too real rape and revenge, class war horror and the far more supernatural aspects that he would forever be synonymous with; the film tries valiantly to meld these two genres together but ultimately with so much going on the end product becomes all the weaker for it. This is not helped by the notoriety of the advertising which hypes the supernatural element that takes a back seat for much of the run time, when the main plot concerns itself with a psycho killer very much in the giallo mould. Taking great cues from the Italian masters Craven paces, edits and frames Deadly Blessing in a very European way, helped enormously by a young James Horner who is on top form. Despite some notorious scenes and clever ideas, in the end the mishmash of ideas lead to a somewhat unsatisfactory feeling – this is not helped due to the age of the film as the ideas have been recycled plenty of times since and have thus lost any of the shock value they might have once held. It does have a smattering of cult value, most notable for the spider swallowing scene with a very young Sharon Stone, and there is just enough to keep you entertained.

As a Region B locked Blu-ray, Arrow has a pretty good package, the film itself has had little, if any, clean up but it is still bright and colourful even if the contrast and brightness lead to a somewhat flat and light picture, not helped by the eighties soft focus filming, of course. Sound comes in a dual mono LPCM flavour that delivers the goods reasonably well enough, don’t push it to high though otherwise it becomes too shrill and the background hiss becomes a nuisance. All new extras produced by Arrow adorn the UK release and are worth checking out for those fans of the film, which, unfortunately may be few in number.