Find the nearest sofa to hind behind, you'll need it 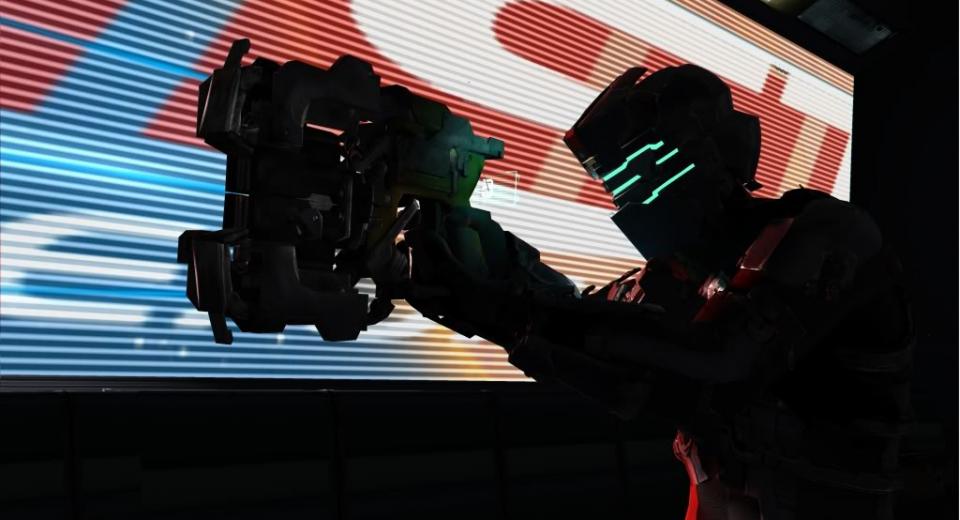 Far too often these days do we see games slip through our gaming radars undetected, with them remaining un-played and more often than not finding themselves in the bargain bin on the high street. As was almost the case with the original Dead Space; Visceral’s hard work and effort went unexplored by the majority of gamers across the country despite its originality and scary content. That’s not to say that it didn’t have its flaws though, with reviews harshly criticising its graphics and repetitive corridor-based action. The game was of a good quality given the fact that it was Visceral’s debut game on the current generation of consoles.

EA have a wealth of experience when it comes to releasing games across varying formats, we’ve seen games of differing quality from the excellent Need For Speed: Hot Pursuit, to the not so brilliant Mercenaries 2. You could say EA’s track record is hit and miss, but with Dead Space 2 being in the hands of Visceral games again, it would be ignorant to think that they could not improve their blueprint with the sequel.

The horror market on console has become fairly barren over the last few years with relatively few titles delivering genuine scares as opposed to over-the-top gore. But this is something that Dead Space handled well and did so continually; it put you in an uncomfortable position and ended up frightening you (especially the ending). At a time when many people find that old faithfuls like Resident Evil failed to deliver on the current generation, Dead Space 2 can take the action-horror crown with relative ease if it can improve on an already successful formula.

Dead Space 2 takes place shortly after the events of the first game, where central character, engineer Isaac Clarke, removed the once ‘unknown threat’ from one of the galaxy’s largest mining ships, the Ishimura. The game opens with Isaac waking up from a coma in hospital aboard new location, The Sprawl, a vast populous ship floating above Saturn. And yes you guessed it; The Sprawl has become infested by the returning poisonous species, the Necromorphs who have changed and become more deadly since their last outing.

It’s immediately clear that Visceral have upped their game when it comes to the graphical stakes of Dead Space 2, with many cut-scenes flowing directly into gameplay with a seamless quality, more often than not leaving you standing for a moment until you realise you’re back in control. Remember those dull grey interiors on the Ishimura in the last game? Well you’ll be glad (ish) that they make a return in this game, let me explain. Following the suit of titles such as Bioshock, Visceral have filled the game world with life and although set in the future, Dead Space 2 feels very believable. You’ll see items and locations such as balloons, family photos and tidy bedrooms on your travels, giving life to what could be a very dull environment.

A similarity between the two titles is the excellent use of sound and audio feedback to the player, heightening the tension no matter where Isaac is. Your surrounding environment constantly sends out noises and effects that keep you wondering who or what may be hiding behind the panelling of upcoming corridor, or leaving you guessing when that secretive Necromorph will show its face. To truly appreciate this attention to detail, you probably will have to own a 5.1 surround headset or surround sound system, but even regular TV sets will pick up most of the sounds.

So whilst you may feel that old ground is being re-trodden, you won’t have many opportunities to criticise or savour it as Dead Space 2 is hugely atmospheric (no pun intended) and as a result you will constantly feel apprehensive. Running and gunning is an old habit that will have to die hard here as you’re rewarded for taking accurate shots, biding your time and hoarding what items you can find across the ship. Tension is built up no matter where you go through lights fading out as you creep through blood-stained corridors or a Necromorph will clatter around overhead in the air vents, things that will always have you checking, looking back every now and again.

Standing out from the crowd, Dead Space 2 offers little or no help via a set Heads Up Display (HUD) and forces the player to keep an even closer eye on their health bar, which is a fragmented line on the back of Isaac’s suit, and your ammo count per gun, which pops up on the butt of the gun. Although we have become accustomed to having a HUD, you can’t help but feel that Dead Space 2 would suffer from a set display being in place.

A main teething problem with the original Dead Space was the fact that Isaac Clarke was a bit of a bugger to control, it felt unnatural to push him round the confined spaces you found yourself in and more often than not you became overwhelmed by enemies and fell foul of fiddly controls. But Visceral have come to the rescue of woeful gamers this time round and seem to have sorted the overall control mechanic and this makes the game all the more enjoyable. There’s no more fiddling to force Isaac out of a tight space when surrounded by Necromorph’s or clunky running physics that felt ‘weighty’ in the old game. This gives you the upper-hand against your ever-adapting enemy as you feel that you can fall back on physical attacks, or running away to hide, when you find yourself short of ammo.

Dismembering foes never felt more satisfying and now you have even more toys to play with in the form of new weapons such as the Javelin gun, which launches high-powered rods through anyone or anything unlucky enough to get in your way. All weapons have alternate functions too, giving you plenty of options to fight your way through hoards of un-dead nasties. Weapons aren’t your only ally against the army of the Necromorphs, you also have gravity controlled powers such as Stasis and Kinesis, which allow you to slow time and pick up and throw objects respectively. This comes in very handy when you’re low on ammo and/or health too as slicing an adversary with its own limb not only conserves ammo, but also feels immensely satisfying, whilst coupling this with your temporary time slowing ability can make the difference between living and dying.

Although seemingly very linear, Dead Space 2 never feels as if it is forcing your hand into anything or making you play through any unnecessary missions or sequences. Everything you do feels worthwhile whilst there’s plenty of action to spice up what may seem to be a desolate hall or corridor, keeping you on your toes and making you fight for survival.

Whilst Dead Space 2 is very good and is full of thrills and spills, there’s not a lot to keep people coming back for more once they have completed the main story and run through it again to find any lost treasures or pick up any missed trophies. The main storyline, giving consideration to those who take some time to explore, will take around 8 or so hours to complete, which is average for games these days. Play time can be boosted through upping the already seemingly harsh difficulty settings to challenge your inventory management and nerve even further.

A brand new addition to the franchise is a multiplayer aspect being shipped with the main game, which sadly is not as promising as it may initially sound. Necromorphs and Sprawl inhabitants fight off against one another competitively in objective based team games across a selection of maps. Although there’s nothing actually wrong with the online side of Dead Space, it’s hard to gauge its credentials against the likes of multiplayer giants such as Call Of Duty or Battlefield. Something that is surprising, given that Battlefield is another EA title, which has managed to be successful online. Unquestionably, there’s bound to be a bunch of downloadable content (DLC) heading our way soon enough through an extension on the main game or new maps for the multiplayer side of things.

There’s no denying that Dead Space 2 is a great game that is full of atmosphere and tension that stands amongst the best horror games we have seen over the last few years. Given that horror genre giants such as Resident Evil have fallen at the wayside recently, EA have capitalised on this with a title that, in some people’s opinions, could challenge Resident Evil for king of the 3rd person horror title. There are still some niggles with the controls and platforming, but not enough for you to be put off, as Visceral have upped their game to create a brilliant sequel.

Where other titles struggle, Dead Space 2 proves that there is plenty of life in the survival horror market yet. Visceral Games have upped their game to provide gamers with a game that is full of chills, gore and an interesting story at its core that will keep you intrigued till the end. Despite falling short on the multiplayer front there is enough qaulity and quantity within the single player to make this one of the best titles of the year.