Team Ninja ports up a storm 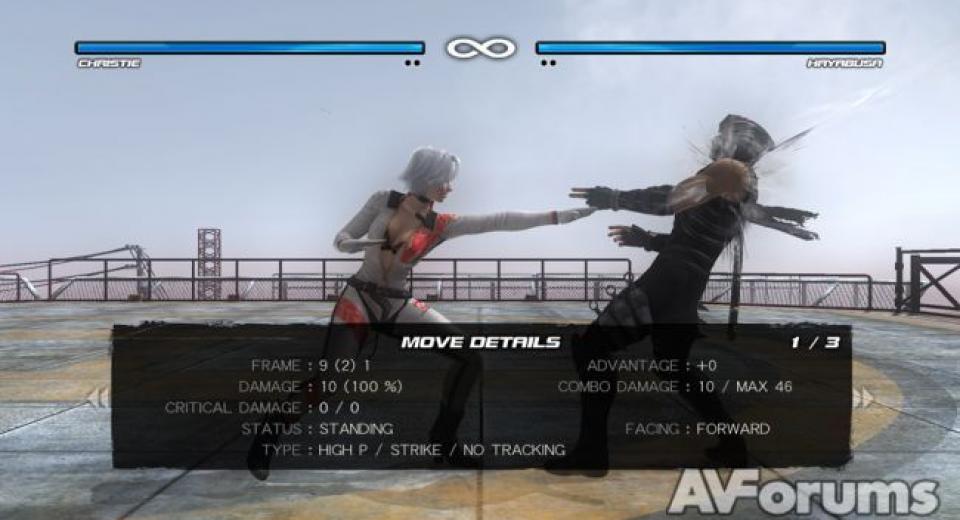 Since we’ve already reviewed Dead or Alive 5 last year and scored it appropriately, I’ll spare you the intricate details on Team Ninja’s successor to their highly-rated franchise and suggest you head over here to read about them instead. The content in this PS Vita port is largely unchanged to that of its console parent, and that means you’re getting a slick fighting game neatly shrunk down to handheld-size and with the pleasure of a decent d-pad for company. After playing Dead or Alive 5 with the eight-way grey mess on the 360 controller, I can confirm this is a vastly superior setup.
Indeed, if ever there was a handheld made for fighting games, it’s the Vita. Although some might complain that button placement is a little tight or that thumbs often brush up against the analogue stick when using the pad, those types of criticisms are - in my experience at least - non-issues. Spending any decent length of time with Sony’s handheld reveals a platform that’s capable of the precision input required for the genre, and even the analogue stick sports a fighting game-friendly range of travel, allowing it to be a viable option in games that don’t require super-specific timing on combos.
With Dead or Alive 5 being simultaneously the most accessible and nuanced version of the series to date, Vita players of all skill levels should find an entertaining challenge here. In porting the console code largely untouched, Team Ninja has retained that subtle learning curve and devilish depth that made it such a treat on the big screen, but they’ve made a few key tweaks (such as separating out the tutorial from the main story mode) to welcome new portable players into the fold. There are also a clutch of new and incredibly goofy features designed around the touch-screen capabilities of the Vita (more on those later), which make for an entertaining, but throwaway, diversion. Compared to some of the other ports we’ve seen on Sony’s handheld, the level of conversion here is top-tier stuff. Fights remain locked at 60fps at all times, and the majority of the visual bells and whistles appear to have made the journey untouched. Texture resolution is necessarily lowered in some areas, but it’s only when the action stops moving that you’d ever notice. Character models and sections of each stage that remain in view are all beautifully rendered, and the traditional multi-tiered arena animations remain faithfully intact. In motion, it’s a sight to behold on the handheld, made all the better by the crisp resolution and bold colours of the screen. The craziness of the story mode remains, along with the beautiful pre-rendered cutscenes.
The natural progression from that campaign is to move into online play, but be warned Dead or Alive 5’s suite of multiplayer modes come with the same caveat as those on the consoles; it’s extremely difficult to actually find a game sometimes. Whether that’s a matter of poor online performance or low player population is unknown at present, but given that the PS3 and Vita versions now support cross-play, it’s tough to imagine there isn’t a large enough pool of players to make a match. When you do find a game though, performance is excellent, with the game slowing down rather than lagging out in rare instances to accommodate any network disturbance. Ranks, replay downloads and all the other facets of multiplayer are present and correct, with player tracking and lobbies seemingly the only missing features.
On the Vita-specific front, cross-save capability is also featured and should be of interest to those of you that grabbed the console version on PlayStation Plus a couple of weeks back. In practice, it works as smoothly as intended. Picking up your progress on the go or jumping back into the fray on the TV is an underrated aspect of Sony’s setup, and in an alternative universe where the Vita is actually successful, a greater range of titles would support that initiative. “Touch Battle” is the other major addition for the portable format, and it’s essentially a throwaway mode in which you fight your opponents from a first-person perspective, swiping the screen to enact various combos and attacks. It’s fun for about five minutes, but no more. Playing upwards of 50 touch battles will also unlock the rather ridiculous OMG mode, which changes the physical characteristics of the female participants back to the original Dead or Alive levels of ridiculous bounciness, also allowing players to swipe the screen to make things jiggle. It’s crass, misogynist and frankly just a little too weird for comfort, but then this is Dead or Alive we’re talking about, and thankfully just an optional extra this time round.

Regardless as to which mode draws your attention, the Vita conversion of Dead or Alive 5 is a title that oozes quality. There’s little to dissuade either hardcore fans or new players alike, and the ridiculous story mode remains a highlight that deserves to be experienced at least once. The 60fps multi-tiered fights are wrapped in a visual sheen befitting the handheld’s level of promise, and the controls prove themselves more than capable of handling the precision of the genre. If you’re looking for a handheld fighter then, this fits the bill, but just beware of long waits to play online.