Day of the Dead Movie Review 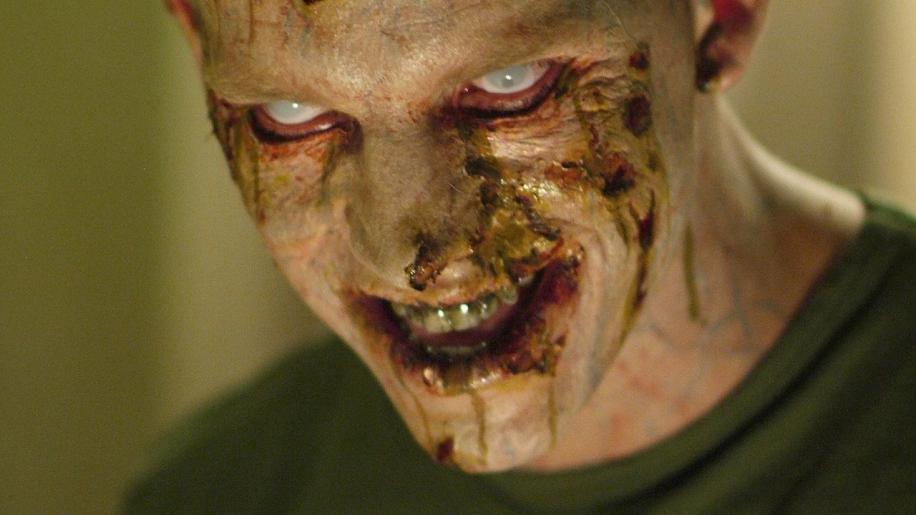 We've seen it before on DVD
but now comes the latest
release from Anchor Bay
of the finale of Romero's
epic zombie franchise, only this time
it is as a stellar two-disc edition.
Long seen as the weakest of the
saga, Day of the Dead's claustrophobic
story about the bickering between
factions of humanity surrounded by
flesh-munching ghouls has been
critically 'rediscovered' over the past
few years and finally seems to be
getting the respect it deserves.
Sure, it isn't the epic conclusion
most fans wanted, or, thanks to the
budget, the story that was originally
written (fans should read Romero's
original script to see what could have
been), but it is undoubtedly the most
mature and intelligent of the series.
Not that this means that there isn't
much gore on offer, as special effects
maestro Tom Savini reached the very
top of his game with the numerous
bloody deaths and zombies he created
for this film. Could this be the best
zombie movie ever made? Maybe not,
but alongside Night of the Living Dead
and Dawn of the Dead it completes
the best saga about the living dead
ever committed to celluloid.