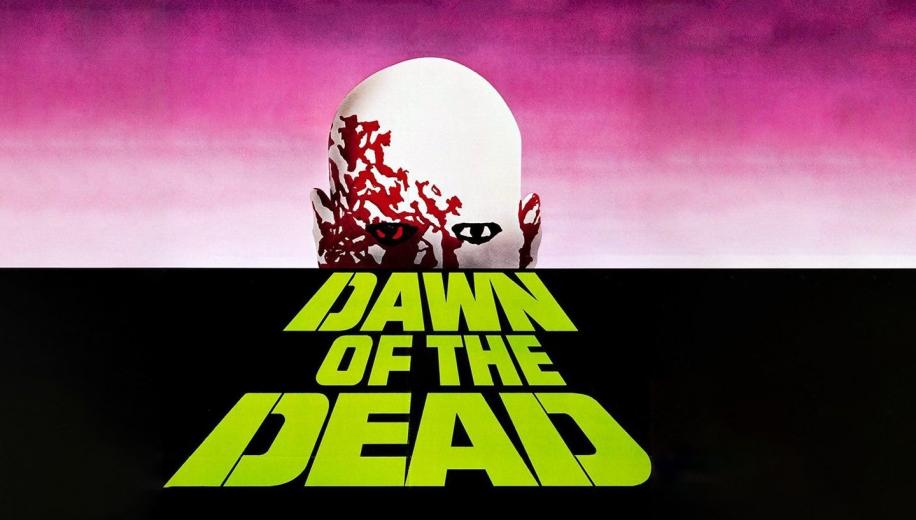 Dawn of the Dead Review

When there's no more room in Hell, the dead will walk the Earth

Dawn of the Dead

That’s pretty much all you need to say in a review.

A deceptively insightful film, on the surface about four characters holed up in a shopping mall, while the zombie apocalypse rages outside, but peer a little closer and you find comments on commercialism, the woman’s role in a male dominated society, authoritarianism – both for and against – and war sentiments. There are scenes of pure carnage: flesh eating, limbs flying off, bullet holes juxtaposed with pies in the face. It is liberal and ecstatic, fully rounding out its characters, its world and its place, while poking fun at the same.

When boiled down, the simple message of ‘having everything, but having nothing’ still resonates because it is told so matter-of-factly and with such enthusiasm one is just captivated.

Truly Dawn of the Dead has been much imitated but never bettered.

This set brings together the three edits of the film. The Theatrical cut, Romero’s preferred version and most well-known, is given the full 4K treatment. The Extended (‘Cannes’) cut, which some prefer due to its extended scenes, but for me this is off set by the slightly slower pacing. And The Argento cut, which, again, some prefer due to its much faster pacing and musical score, but this is offset by missing huge swathes of characterisation, some of the best gags and some, what appear to be, indiscriminate cuts to action scenes – for me the worst of the presentations; but at least everyone has something.

Dawn of the Dead 4K Video

Dawn of the Dead was shot using Arriflex 2C and 35 BL I cameras on 35mm film.

This cut of the film has had the most love lavished upon it; the clean-up is superlative. You do have to take into consideration the age and budget of the film, it was quite limited at the time, and thus the restoration is not going to work miracles – it is still a cheap horror flick and is never going to rival modern digital filming techniques – and judged on those merits this is an amazing picture.

There is a new level of detail to the image, crisp edges and defined features, from close up skin texture to overhead views of landscapes. The WGC and HDR lend themselves to vivid colours and pop from the screen, the blood had never looked so intense. The shops in the mall are crisp and detailed with great colouring. Flesh-tones are natural, and all the while remaining faithful to the original colour scheme and 70’s film stock. Combining this with the new black level, which is rich and deep with magnificent shadow depth, and highlights in the white scale that pop the image out, and you have a picture that is stunning.  There are no digital anomalies and the light grain structure has been retained. Simply put, this film has never looked so good and is a joy to watch.

The source for the Extended Cut presentation has used the same new 4K scan as the Theatrical Cut, and a new 4K scan of the Extended Cut colour reversal internegative, producing a new 4K DI. The disc presents a native 3840 x 2160p resolution image in the widescreen 1.85:1 aspect ratio, and uses 10-bit video depth, High Dynamic Range, a Wide Colour Gamut (WCG) and is encoded using the HEVC (H.265) codec for HRD10+.

Since much of this cut is based on the Theatrical restoration, much the same can be said here, rich colouring, well detailed and defiant blacks. There is a slight drop in quality with the extended material, due to its differing source, it’s slightly softer, colours aren’t quite so robust and the black level is lighter, but it is marginal and easily forgotten.

The source for the Argento Cut presentation has used a new 4K scan of the interpositive, supervised by Michele De Angelis at Backlight Digital, Rome, producing a new 4K DI. The disc presents a native 3840 x 2160p resolution image in the widescreen 1.85:1 aspect ratio, there is no HDR.

Easily the worst of the restorations presented, though worst is relative here; this cut too has never looked so good. The detail on show exceeds previous versions, skin texture, clothing weaves, shop facades, landscape shots. Colours are well realised and robust, but the lack of HDR means it loses the intensity and vibrancy of the other edits in the set, likewise the frame depth and sharpness suffer as the black level is nowhere near as strong.

Dawn of the Dead 4K Audio

All new restoration of the original Optical Track Negative, presented as DTS-HD MA 1.0 mono, 2.0 Stereo and 5.1 Surround. Great to have a choice, and there is satisfaction to whichever you choose. The mono track is clean and bright, and as faithful as you can get to the original cinematic experience. The stereo track broadly widens the track, giving slightly more depth and impact. While the 5.1 surround track opens up the sound field to give a well realised immersive experience, while still maintaining the essence of the original. Effects are spread across the speakers, with some heft supplied by the sub; it is quite atmospheric with the surrounds coming into play, obviously limited by the source, this is never-the-less natural sounding.

Only the DTS-HD MA 1.0 mono track for this version, and sonically plays out much like the Theatrical cut; being bright and clean, with no distortion or background anomalies. Slightly less depth perhaps, but it’s marginal.

Presented with DTS-HD MA 1.0 mono, 2.0 Stereo and 5.1 surround tracks and like the picture is slightly more rough around-the-edges. The mono track is fairly robust, slightly lacking depth with the dialogue not quite as clean. The stereo track performs best giving a fair sense of separation and cleaner ‘lines’ to the dialogue and layers to the music. The 5.1 track is awful, mixed too tight, with dialogue almost muffled and artificial sounding surround ambience.

Dawn of the Dead 4K Extras

A whole host of extra features spread over all the discs in the set, with almost all the previous released material and an all new set to explore.

The FX of Dawn – 13 minute feature with Tom Savini.

Document of the Dead: The Original Cut – Hour long feature with optional commentary by Roy Frumkes.

Document of the Dead: The Definitive Cut – 100 minute feature.

There is not much that can be said about Dawn of the Dead that hasn’t already been drawn and dissected. Suffice to say it is classic, a masterpiece; the horror film that horror films aspire to be. A simple story hiding complex ideas told on an epic scale but within limited means. It is scary, engaging, thought provoking and demands repeat viewing – we will likely never see its like again.

Arguably the greatest zombie flick of all time

The 4K UHD set from Second Sight is stunning; the three most well-known versions of the film; all remastered, with the Theatrical cut being given the most love and attention. The film has never looked, nor sounded, so good. Add to that an amazing extras package that combines new and existing material and you have an unmissable set.