Is cost effective internet surfing the real deal with the Ubisurfer? 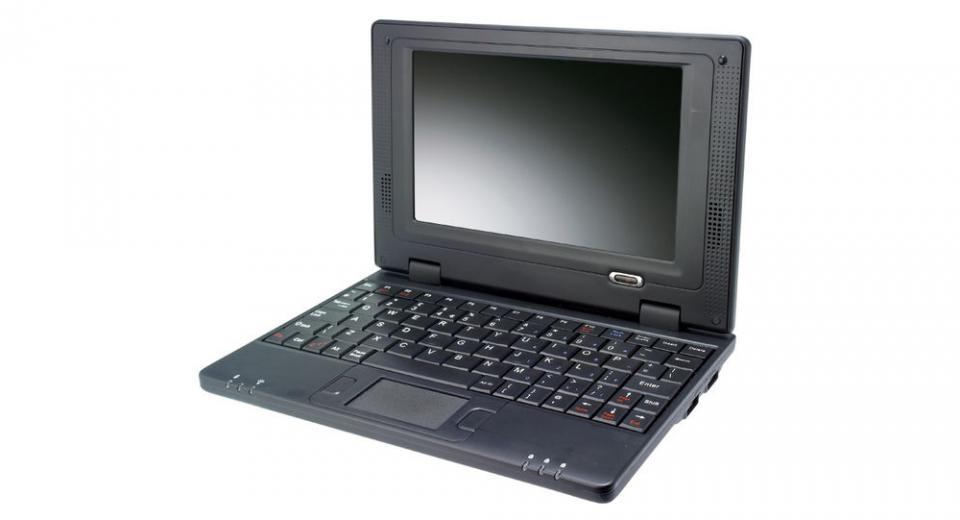 Well, this is indeed an interesting proposition. I must say, until one turned up for review I really had no knowledge of the product at all. As I read the spec sheet my existing surprise turned to incredulity and then eventually to skepticism. Surely a device at this price point couldn’t offer all it promised, could it? If it did, it would surely be a market leader and in every home in the land? Still, maybe it just needed a push – a nice unbiased look from a reviewer who would then praise it so much that this previously unheard of tech would enable gadget lovers to reach a new level of nirvana. Or, it could be a brave attempt that is doomed to failure.

So exactly what are these mythical specs that had me so excited then? Well, to start with, a price point of under £150 was certainly a promising start, as was a netbook type design. A full qwerty keyboard is a great bonus, but perhaps most excitingly of all – free internet access for a year! Yes, that is right. Buy an Ubisurfer and you will get 30 hours a month internet surfing for free! Want unlimited surfing? No problem, Sir. To you, that will be an extra £5.99 a month. Too good to be true? Well, what do you think?

It has to be said that when you first unbox the Ubisurfer, things look very promising indeed. When they were first introduced, netbooks were meant to be small, ultra-portable web enabled devices – cut down versions of PCs, if you will. As the market exploded, so the specs of netbooks increased exponentially with their prices. In terms of size and design, the Ubisurfer seems to be taking the Netbook concept back to its roots. When closed, the device looks rather like an oversized Nintendo DSi. The clamshell design shuts securely, and the whole device is really easy to carry around with you, or to slip into a bag. Measuring only 222mm x 165mm x 29.5mm and weighing only 700 grams, the device certainly has the portability angle covered. It certainly seems to be solid and well built. The top is solid, but is covered with a slightly “soft to the touch” material which allows your fingers to glide over it nicely.

Open up the device and things are still exciting. The hinges are solid and feel well built. Certainly no flimsiness here. When opened, you are presented with a seven inch screen, with the power button underneath it. There are small speakers to the left and right of the screen. The base of the unit is taken up with a full QWERTY hard keyboard and a mini trackpad. Push the power button and the machine is incredibly quick to boot up, going to the desktop in under 30 seconds. So far then, everything is rosy.

It is at this point that the disappointments start to surface, however. The screen merely displays at a lowly 800x480 pixels. This makes life very difficult for everyday browsing – an issue that we will return to later. The screen is not, of course, touchscreen – so all input is taken from the trackpad and keyboard. The screen is not particularly bright (it certainly lacks the vibrancy and clarity of the iPad screen, for example) but is adequate in the home, and performs well when out and about.

The keyboard is another issue. The keys are smaller than an iPad when used in portrait mode, and for anyone with big fingers (like this reviewer) it is likely to prove very difficult to use. I found the size of the keys meant that I was constantly pressing the wrong letter, and having to go back and correct it. Those with smaller hands may find this less of an issue, though – and the actual tactile feel of the keyboard is excellent. The keys feel responsive to the touch and a nice sound is emitted whenever one is pressed. If it wasn’t for the size of the keys, typing on this would be a joyous experience.

The mini trackpad is similarly nice to use, feeling solid to the touch and providing nice feedback as your finger slides across it. Sadly, though, again the size of the pad is a disadvantage. To move the pointer all the way across the screen, you have to move your finger all the way across the pad, lift it up, and then perform the task again multiple times. This, coupled with the pointer speed, makes moving across the whole screen quite a chore.

The Ubisurfer that I reviewed runs Windows CE, although there is apparently a Linux version as well. In a device such as this, the operating system provided is probably the best choice. After all, in a portable device speed and accesability is important – the last thing you want is the operating system slowing it down. Therefore, Windows CE was the obvious choice. The operating system allows us to do most things you would want to do on a full size machine, and performs quickly. You can access the file structure and launch programs quickly, although the customisation options provided with this version of windows are limited. For example, the simple act of setting background wallpaper proved problematic in the extreme.

Adding to problems is the fact that the device only provides a measly 1GB of storage. This, in this multimedia day and age, is quite frankly shocking and pretty much useless. You can add more storage via the provided SD slot, however, and this does show up seamlessly via the windows explorer interface.

I ran some extensive tests on the multi-media capabilities of the machine, using locally stored video and music (running through my standard test BOSE headphones) and also online video using the devices built in Youtube viewer. The music is played via a version of windows media player and I have always found this a clunky and long-winded way of accessing music. You are also, of course, reduced to only using the file formats that are supported natively. However, once the music was playing, the sound quality was surprisingly impressive. Bass was satisfyingly low and punchy and the high end was clear and precise without sounding shrill. Once you were listening to an album, skipping tracks was simply a business of clicking on the forward and back buttons - responsiveness was excellent.

Of course, in reality, you would really only want to be using this feature if you are using the device for an extended session on the web or editing a document. MP3 players are now so cheap no-one in their right mind would want to be using this as a de-facto music player.
Sad to say, video was extremely disappointing. I have some standard test material that I use with devices - iTunes copies of Star Trek and Watchmen, and a ripped DVD of Radiohead's greatest hits. Of course, the first problem was they had to be converted and this proved to be impossible due to the DRM on the iTunes titles. I therefore ripped a few more DVDs for testing purposes. The update on the screen was poor, leading to some blurring and pixelation on video playback. The screen's lack of vibrancy meant that colours failed to pop and the picture was overly bright. Youtube was bizarre, refusing to play in anything but the tiniest window. Whatever I did, there was no way to make this play any bigger.

Interestingly, two different web browsers are provided which seems a rather clunky solution to say the least. One browser is used to access the net, when you are connected via the GPRS connection, and one is used when you are connected via Wi-fi. Ah, yes. That brings us to the second major problem with this unit. At a time when mobile phone companies are removing unlimited 3G data plans, Datawind were never going to be able to provide unlimited 3G data at the prices they are promising. This means that the roaming data service is provided via Vodafone's GPRS connection.

The result of this is that the promise that you will never have to worry about how much data you use is not an empty one. Unfortunately, this also means that the data speed you get when downloading is painfully slow. It can take minutes to download a busy web page, and when it does eventually download, the screen resolution is so low that you have to do a lot of panning around the screen real estate in order to read the page. Make no mistake about it, the web browsing experience, on the move, is a painful one. Of course, for mobile specific websites, and for pages such as twitter, the experience is satisfactory but a device like this really promises little more than the kind of text pages we all used to have to browse on our Nokias 8 years ago. Devices such as iPhone, Android, and iPad have brought the entire internet to the palm of your hand, so it is hard to see web browsing on this device as anything more than a retrograde step. Of course, when you are at home, the device has built in wi-fi so the download speed won’t be a problem. Whilst this is true, the windows CE operating system provides the worst network management experience I have ever known. It was an absolute nightmare trying to get it to connect with my wireless network and once it had done so, the speed was very slow compared with my other wireless devices. Once a network has been setup on the device it constantly tries to connect to it, even when you are miles away from home. Managing multiple networks on the device is very difficult because of this, and you can end up with a ridiculously long list of networks that you have ever connected to in the past. Try and remove a network from the list, and you will find even more frustration. Of course, even when you are connected, the resolution of the screen still makes surfing painful.

The device ships with default word processor, presentation and spreadsheet programs. Made by XIP office, these are extremely poor efforts - lacking any kind of features other than basic text / figure manipulation. This, combined with the keyboard, means that you will not want to be writing long documents on this machine.

Sadly, I can find very little to recommend this device. The fact is that it does absolutely nothing that can't be done better on another device. Build quality may be excellent, but the screen resolution, keyboard size, lack of power and storage, and cripplingly slow GPRS connection means that even non-power users will struggle to find much to like here. For non-power users who want to browse simple, text based documents – there are far better and cheaper options out there in the mobile phone market.