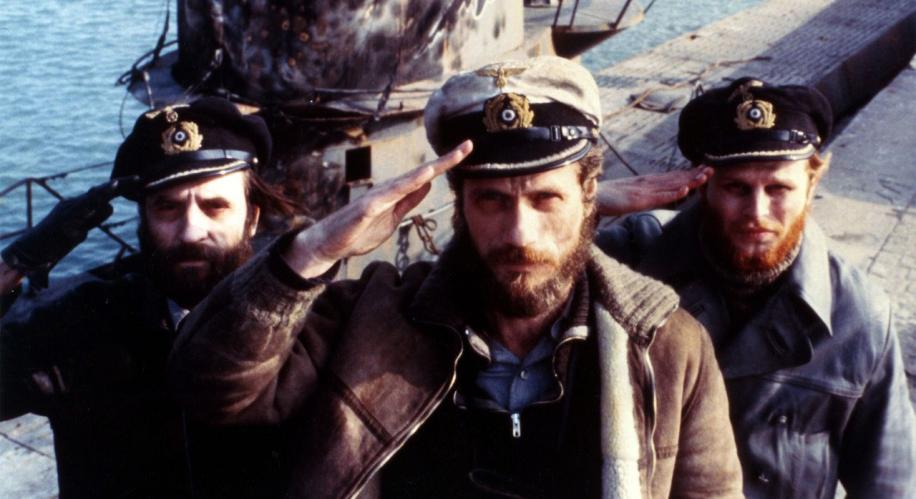 Presented in a widescreen format just shy of 1.85:1 and anamorphically enhanced, the presentation in this set is not up to the standard of the superbit director's cut. Despite being newly struck from an answerprint, the source material for this transfer is grainy (possibly intentionally) and shows a reasonable amount of print damage in the form of white “drop outs” throughout the movie. Add to this the generally dark conditions, night scenes, water and a good amount of smoke and this movie becomes a nightmare for any DVD encoder. The final result is good, not excellent, but good. Macroblocking is kept to a minimum and is only really noticeable on the second disc, which carries the lion's share of the movies 293 minute running time. Colour and contrast are good throughout. Disappointing. Because this version contains scenes that where not previously included in the director's cut, the audio has been re-mixed from the original stereo tracks. Featuring the option of listening to the original German dialogue in either Dolby digital 5.1 or the original 2.0 stereo track (English and French subtitles are available) or an English dub in either 5.1 or 2.0, the mix tries to accurately portray the claustrophobic surroundings of the sub including every creak and moan of the boat as it is compressed by the outside pressure and pummelled by enemy depth charges. Unfortunately this mix is just not that dynamic. Extremely front-heavy and with only a basic use of the split rear surrounds, it strongly resembled a Dolby surround track that has been converted to 5.1 for release. DTS converts out there should also note that this release has no DTS track available. Worse news for purists is that the German DD 5.1 mix also seems to suffer from bleeding on the rear channels, with moments of dialogue being clearly audible from the rear channels as well as the front. Interestingly this problem does not appear on the English 5.1 track pointing toward an error in either the encoding or the original mix. For a movie that could attract so many different types of extra on DVD you'd expect something pretty special; maybe an in depth look at the U-boats or the story of the real life U-96 on which the movie is based or, maybe, a revealing look behind the scenes featuring the elaborate measures that where taken to ensure the movies realism? Possibly even an enhanced director and crew commentary track such as the one on the director's cut but including new information on the extended scenes? Er, no, no and no.

Just managing to rise above a bare-bones release, all that's on offer here are promos for “Das Boot”, “In The Line Of Fire” and “Air Force One” (all presented in DD 2.0) and a very short (6 minutes) featurette titled “Behind The Scenes Of Das Boot”. In reality this is an enhanced promo which, whilst it gives a tantalising glimpse at the work that went into this movie, fails to add anything of value. A missed opportunity. Das Boot is, simply, the ultimate submarine movie. Taking great pains to maintain historical accuracy yet avoiding jingoism and focussing on the lives of the submariners, this is a must see film and a magnificent example of filmmaking. As to whether you would pick up this version (as opposed to the director's edition carrying an audio commentary, or the superbit director's edition which has no commentary but offers superior soundtrack and picture quality as well as the option of a DTS soundtrack) it will come down to your interest in the movie. I would say this probably is the best version of the story but it's probably not the best-presented version. Regardless of which version you prefer, if this movie is not already in your collection, pick one of the 3 versions and get it now.