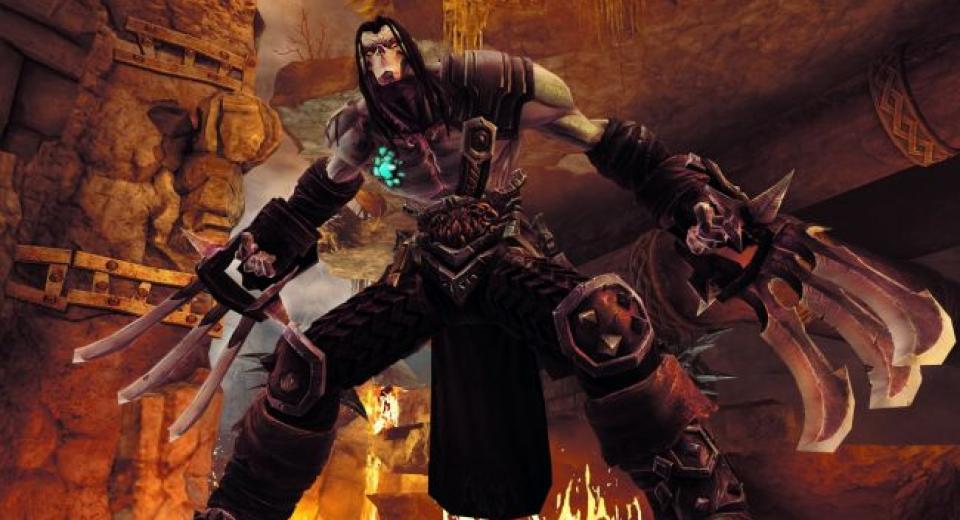 August is usually a time where we see very few games released that are worth shouting about. Well, Darksiders 2 is set to mix things up as Vigil games have chosen to release their title in this dry period. This could mean one of two things; either they don’t have too much faith in their title or they have so much faith that they believe they can rake in gamers’ cash during this barren period.

Vigil games were behind the first Darksiders which, if we’re being honest, wasn’t the best game around when it was released back in 2010. Granted, the actual mechanics were sound but the games that had influenced it throughout production were far too obvious for the majority. In my opinion, it was one of the most underappreciated 3rd person action/adventure/RPGs of its year.

THQ haven’t had a smooth ride recently either with a chunk of their staff being laid off and some of their projects looking uncertain for future release. As a result, it’s pretty much guaranteed that both will want to make amends for past mistakes and shortcomings. So does Darksiders 2 make up for these past misdemeanours? You bet it does…

Tackling this game for review is quite tough because there is just so much to discuss in terms of new features and those all add together to make one hugely enjoyable title. For starters, let’s take into account the story which Darksiders 2 has you follow. After the events of the first game and War (one of the four horsemen) has unleashed havoc on the Earth by summoning all sorts of nasty creatures from the pits of hell, it is the turn of his brother, Death, to emerge. On the top of his list is making sure that War is not unfairly charged with dooming the Earth after it transpired he was summoned under false pretences and his actions were not of his own accord.

So, boiled down to simplistic terms, Darksiders 2 is a tale of a big brother looking out for his fellow sibling and making sure nobody picks on him unfairly. Regardless of how simple the story sounds it turns out that it is one that sees you travelling across a huge-scale world full of quests and Non Playable Characters (NPC’s).

When I say huge scale, I mean it too. The open areas in which you can explore branch off all over the place and the game copes with this excellently; there are no signs of slowdown or texture pop-in. What’s All of the game looks pretty stunning and the art style used complements it perfectly. Admittedly, the appearance of Darksiders 2 won’t win it any awards for being the best looking game of the year because there are better looking games out there. But it doesn’t need to look triple A because the gameplay more than compensates for this.

Because of the scale of the game it is only expected that you will either get lost or get bored of running around everywhere. Never fear because these two eventualities have been countered with the inclusion of Death’s trusty companions Dust and Despair. Dust is a crow that sits on Death’s shoulder until he flies off to show you where your next destination is, whilst Despair is his trusty steed who can charge through enemies and get him from a to b in double quick time. As mentioned above; the first title was made up of startlingly similar mechanics seen elsewhere but the sequel seems to have created a game that sits in a genre of its own. You can’t pin one onto it because it isn’t possible unless there is a new genre named after the game which sadly there is not. Is it a Hack ‘n’ Slash? Kinda. Is it a puzzler? Sort-of. Is it a Role Playing Game? Like-a. You see what Vigil have done is make sure that you never spend too long doing the same single thing for too long at any given time.

Each section is made up of short sequences of puzzle solving, then combat and finished off with a bit of treasure hunting and kitting Death out in your newest weapons and armour. Honestly, I have never seen a game dish out as many different selections of items with which you can customise the bony bruiser. Naturally, each selection has its positive and negatives so careful consideration will have to be taken before anything is equipped or sold for that matter.

These selections ultimately affect your combat skills; either giving you higher damage ratings or boosting your defence score. Either way, you are going to cut through the majority of enemies like a hot knife through cold butter because you’re Death. What else are you there to do?

Your choice of weapons varies from your scythes as your primary, light selection to the massive blades, hammers and quick attacking gauntlets you can use as your secondary choice. Most of your killing will be done with your scythes as deadly combos can be learnt in order to cut through even the toughest enemy but the secondary weapons do allow for some useful combos to be stringed together. This is where Darksiders truly excels; the combat. It has been drastically improved from last time around which is a massive positive for any returning, or new, player because it just feels so fresh and rewarding. There’s something for those who have the desire to remember pages and line of combinations whilst even the button mashers will get a kick out of sending blades and body parts flying. Using either technique you will never feel like your enemies have too much of an upper hand when it comes to dishing out the damage.

It is only to be expected that boss battles are placed at regular intervals in order for you to test out your latest abilities or to try and stop you from reaching your desired destination. In Darksiders it seems that the bigger the boss the better too as there are some insanely huge ones for you to take down.

We all have a similar opinion on what Death looks like and you would expect him to be a quite dark and miserable character. I mean killing people day-in day-out can’t be too entertaining or rewarding right? Well Vigil have done an excellent job of portraying Death in another light altogether as he is a charismatic charmer in this title; his voice is brilliant and the way he is portrayed through gestures and dialogue is spot-on. The interaction with NPCs is much better than the first game and makes you want to converse with those around the world despite your appearance usually meaning their demise is on the cards. If there was anything negative to say about the game then it would be that the menus cannot be navigated using the analogue sticks and they could be a little bit more intuitive. They are sometimes slow to respond which leaves you in a vicious cycle of pausing and un-pausing the game if you take a break in your session.

A certainty is that Darksiders is a time consuming game but in a positive way. Completion will take up to 20 hours depending on the amount of exploration, levelling up and side-questing you do and ramping up the difficulty will result in a longer playthrough. This is the darkest and most destructive horse of the year and blows a lot of other games out of the water, especially when there was little expectation placed on this. Whether it was released in the summer drought or around Christmas, this is a game that needs to be played by any fans of the first game or one of the genres this caters for.

Dont get on my dark side...

You can bet there will be a lot of trepidation surrounding this game based on the relatively poor reception of the first game but any doubts will instantly vanish as soon as anyone picks Darksiders 2 up. I can't remember when I last picked up a game and enjoyed it as much as this simply because I did not know how Vigil would pick up the pieces and make something spectacular. This is the result; a game full of character and life which you can lose yourself in for hours at a time and feel like you have only played it for half an hour. This is a must play for this year and I wouldn't be surprised if it made the Game Of The Year shortlist.