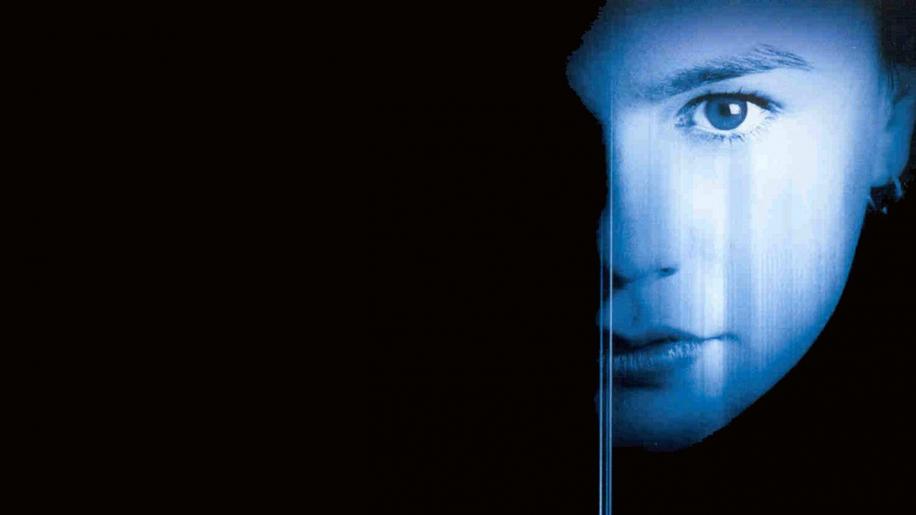 Filmed in 2002 and reproduced here in its theatrical ratio of 2.35:1, Darkness has a very reasonable picture. As you would expect from the title a lot of this movie takes place in low light but the anamorphically enhanced picture does, for the most part, hold up well with large swathes of image detail being available even through the gloom. The original print does show some signs of grain here and there and there is a slight “washed out” feeling to some scenes but, I suspect, this was intentional since, when we are treated to shots taken in daylight (cue up the welcome party scene at the beginning of the movie for example), colours are realistic and well controlled. The DVD itself is rather good with few instances of macroblocking or banding and only a few occurrences of halos caused by a tad too much edge enhancement. All in all a nice transfer.

Available with a choice of English Dolby Digital 5.1 or DTS 5.1 (as well as a Korean track), the soundtrack is a suitably atmospheric and eerie mix. Good use is made of the split rears with inhuman noises and unseen pursuers frequently making you check over your shoulders “just to be sure”. Fans of stomach twisting bass will be disappointed though, since little use is made of the sub woofer even during the movies climatic scenes. Switching over to the DTS track I had the chance to compare the two mixes but Darkness appears to be another case of a single core mix being used. There does seem to be a slightly better definition to the dialogue and a slightly expanded rear soundstage but, on the whole, there's little difference to be heard here.

As is usual with region 3 discs, you'll find that a large number of the extras carry either optional or forced Korean subtitles. In this case this leads to a few problems. Out of the extra features available on this set the “Cast and Staff” (crew?) options and “About Darkness” features will be of absolutely no use to anyone who cannot read Korean, whilst the interviews with director Jaume Balagueró and actor Giancarlo Giannini also prove problematical as they speak in their native languages (Spanish and Italian) but are only subtitled into Korean!

Thankfully the rest of the interviews present here are in English (although they are, strangely, out of lip sync) but don't expect to get too much in the way of an insight from them. Most of the cast recycle the usual platitudes and self congratulatory comments that we've grown to expect with only a couple of exceptions, notably Lena Olin who does at least try to comment on her grasp of the piece and her preparations for it. Oddly Stephan Enquist (who plays Paul, the child haunted and tormented in the movie) is not interviewed at all.

Next up we have an interesting twist on the behind the scenes featurette. Lasting just under seven minutes ”Making Of Darkness” takes us on set for the shooting of scenes such as Marks' breakdown in the traffic jam and reveals how the darkness actually moved those pencils. What's unusual about this “making of” feature is that there is no narration at all. The whole piece is accompanied by suitably eerie music which stays nicely in context with the movie (as well as cutting down on dubbing costs!). Finally we have a selection of trailers for the movie (ranging from short teaser and TV spots through to the full theatrical trailer) and a gallery of stills taken from the film itself. Overall not too bad, nothing exceptional but more options are available to an English only audience than you'd expect for a region 3 disk.

By no means a true horror movie. Think of it more as an occult thriller and you will have more of a grasp of what to expect. Yes, it's a pastiche of “Omen”, “Amityville” and “the shining”. Yes, most of this has been done before (and probably done better), but Darkness is a reasonable little thriller worthy of a look.