Lordran beckons once again, and the return visit proves just as captivating as the first time around 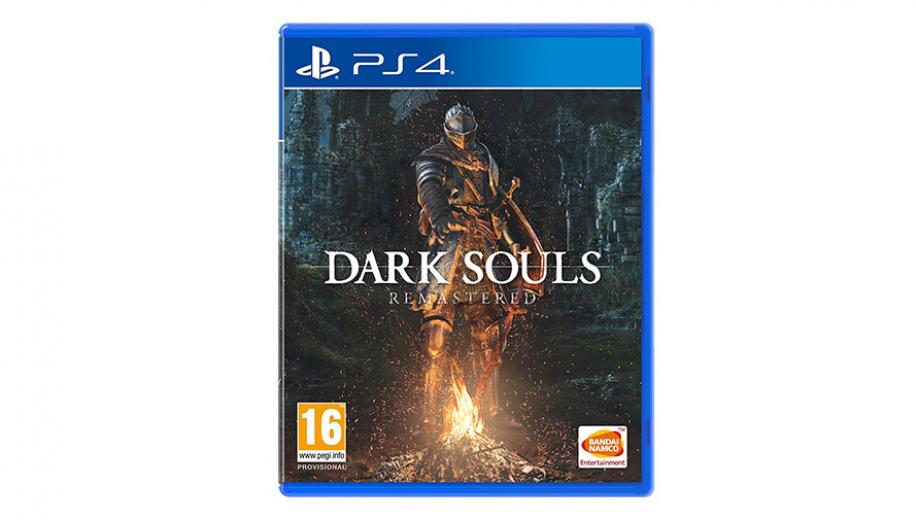 You may have heard, but Dark Souls is a pretty tough game. Even now, almost seven years and three follow-ups (if you include Bloodborne) after its original release, this is a game that presents enough of a challenge that even hardened veterans can never afford to slip into auto-pilot mode. If anything, those subsequent games have helped to muddy the waters so that those who haven't played the original since 2011 might find themselves lost anew in areas that they completely forgot existed. And if you never played it back in the day, well, you're in for even more of a treat – there are few better games to leap headfirst into blind, so if it is your first time, do yourself a favour and don't go looking at any guides until you at least finish your first playthrough. The sense of mystery and wonder, the interconnected nature of this near-perfect game world, the many permutations of interactions with areas and NPCs... there's nothing quite like making it through a Souls game on your own steam. You'll miss a lot, sure, but what you do find will be all the more special, plus it leaves you even more to experience on subsequent plays, whether that be on New Game+ runs where things get even more difficult, or on brand new characters with whom you'll be able to blast through waves of bosses in the time it took your original avatar to drop just the first couple. For the uninitiated, Dark Souls is a hardcore action-RPG with a dark medieval fantasy flavour and a gameplay loop that revolves around self-improvement through learning from failure. You're expected to die the first time you encounter many of the traps, ambushes and bosses that lie in wait, but so long as you don't go making the same mistakes twice, you'll find yourself better equipped to succeed when you return. Any Souls and Humanity – the game's two primary currencies – are lost on death and dropped, but can be reacquired by returning to the scene of the crime and picking them up as you would any other item. Die again in the meantime, however, and your riches are gone for good. The extra pressure this puts on you to perform can be rough, but it also promotes a more careful and considered approach to whatever pulped you previously, so it can actually help teach you even more about how to avoid similar sticky ends in the future. The remaster itself offers significant enhancements visually, particularly compared to the original console releases. It's crisper and cleaner throughout, and while not up there with the likes of Shadow Of The Colossus or Crash Bandicoot in terms of the visual leap, it's a welcome improvement – this is very much a remaster rather than a remake (the clue is in the name), so you can always expect some foibles such as the odd bit of dodgy geometry here or a rough texture there to slip through the net. Being able to see this fascinating world in even more detail makes it easier to spot potential secrets and shortcuts, as well as lending additional impact to Lordran's interconnected nature. You might look out from a tower and see familiar areas below or enticing new ones off in the distance, and chances are most interesting landmarks you spot can be visited at some point. Even better than the visual upgrade, though, is the major improvement to performance, as should probably be expected from the superior hardware. Problem areas from the original such as the notoriously choppy Blighttown are now smooth as can be, making for a much more enjoyable experience all round.

Mechanically, it's a different story. To all intents and purposes, DSR is functionally identical to the original game – probably for the best as the purists who (correctly) cite this as the best Souls game would kick off if too much was altered. This means you get the same superb skill-based combat where you must commit to every action and time your moves perfectly in order to come out on top, but it also means that some of the original's issues go unaddressed. Camera can still work against you (particularly in confined spaces, of which there are many), inputs for certain techniques are still a little hit-or-miss on occasion, and perilous platforming still puts you at the mercy of some questionable collision detection which can lead to the odd cheap death. For better and for worse, this is still the same Dark Souls we know and love, and just as on its original release, these few flaws are still outweighed by the strengths of the game's many successes. Returning to Lordran after playing the sequels truly shines a light on the myriad reasons one might pick this out as the highlight of the Souls series. The world itself – truly one of the finest in all of gaming – is chief among these, so masterfully woven together that it's a joy to simply wander in one direction and see what you find next. There's none of the hand-holding that has become standard in modern games... no waypoints to follow, no instruction of any kind, and not even any indication as to which of the many available routes is the 'right' one, although stumbling across huge enemies you can barely dent is usually a good enough sign that you're likely getting ahead of yourself. Without the freedom of fast travel as afforded by later games in the series, you're forced to master the world just as you must master move sets and attack patterns to survive in combat, in turn making the simple act of finding your way from one area to another a satisfying one.

As rich and varied as the locales may be, bosses are even more so. Dark Souls features the best rogues' gallery of any game of its kind, with big bads coming in all shapes and sizes and barely a weak link among them. Few games elicit such genuine punch-the-air moments of triumph as Dark Souls at its finest, and finally dropping a boss that has been kicking your ass for hours is monumentally gratifying. Being able to then turn these once-powerful champions into unique new gear is just the icing on the cake, granting a permanent reminder of your victory in the face of seemingly insurmountable odds. And that's Dark Souls in a nutshell, really – a string of seemingly impossible situations where every tiny sliver of progress is made to feel like a huge achievement. A fascinating counter-point to many established tenets of modern gaming

One of the best games of the last generation gets to join the greats of this one as well thanks to a solid remastering and underlying mechanics that feel just as good today as they did when the game first released.

The punishing difficulty level and gameplay loop that revolves around progress through failure won't be to everybody's tastes, but they're part of what makes Dark Souls such a fascinating counter-point to many established tenets of modern gaming.

If you're sick of following waypoints or being told where to go and want a game that truly makes you think and learn for yourself, few games do that quite so well as Dark Souls – a game that's every bit as good today as it was seven years ago. And that, if you hadn't guessed from the glowing tone of most of the above, is very, very good indeed.