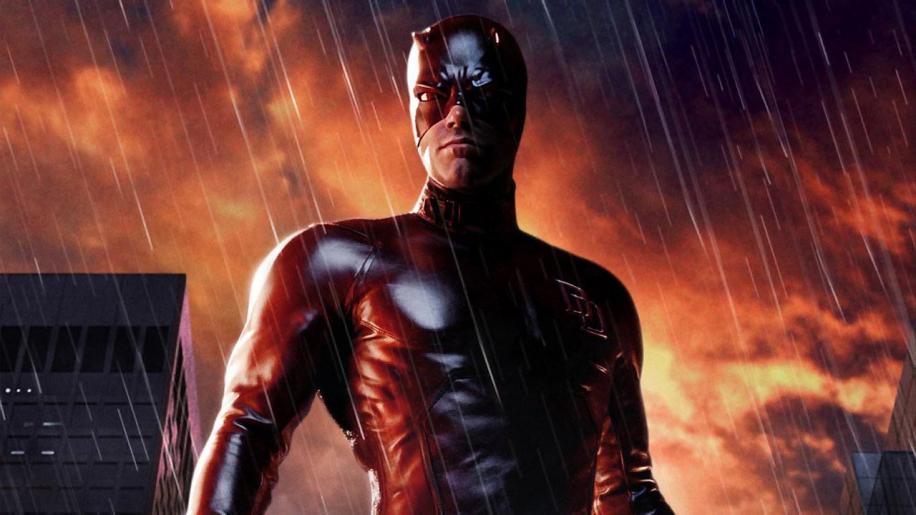 Matt Murdock (Ben Affleck) is a blind attorney fighting for justice in Hell's Kitchen. He has a troubled background, raised by his boxing star father he is a talented youngster aiming for high grades at school. But when he turns up to see his father who is working on the docks, he notices the real work his father does as a debt collector threatening clients and runs off into the path of a forklift truck. The accident that follows blinds Matt for life, but as with all superheroes it was radioactive waste that blinded him and he now has super human senses which allow him to see and hear.
We move forward to the present day where Matt at night takes on the role of Daredevil, the man with no fear, dishing out justice as a vigilante. But as Daredevil targets the Evil Kingpin (Michael Clark Duncan) and his Irish sidekick Bullseye (Colin Farrell) he may have finally met his match.

After taking large amounts of bad press on its theatrical release I didn't hold up much hope for this movie when I sat down to view it. But to be honest the film is not that bad and has some very interesting characters who all play it for what it is, a fantasy comic book caper, with a slightly dark feel. The violence is at times quite intense with some deft fighting sequences which are clearly not meant for the younger viewer. Ben Affleck plays the role with some passion and his performance is not all that bad. If you want some slick action sequences with an acceptable storyline and average acting then this doesn't do to badly, but don't expect too much or you will be disappointed.