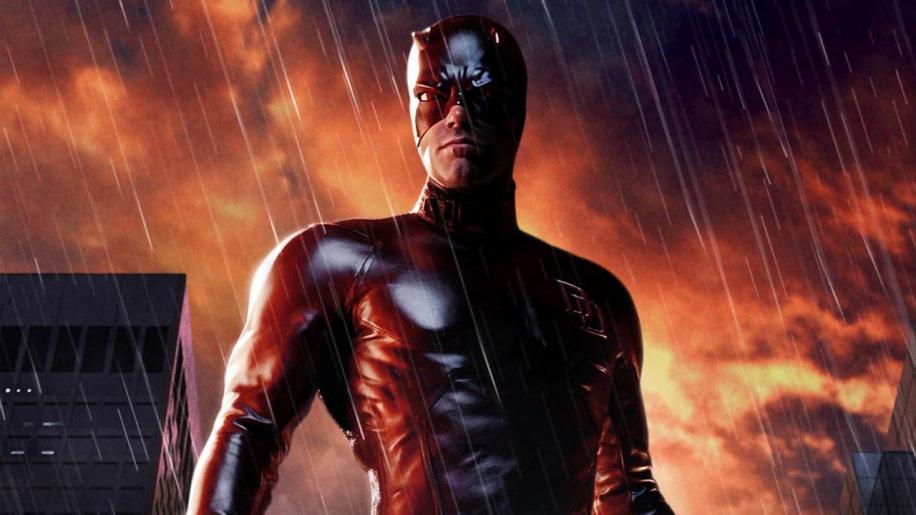 The transfer here is really rather nice and clean, with no dust and scratches present whatsoever. Generally flesh tones are spot on, except for the early scenes elaborating on Matt's childhood and the “becoming” of Daredevil, but that is more to do with the film than the transfer. Blacks are deep and dark with plenty of detail, which is good as the movie is mostly set at night. I didn't notice any edge enhancement throughout the movie (although one scene did make me double check) and it was free of compression artefacts. However, I thought in places it suffered from a little graininess which is its only fault. In fact, this is possibly one of the better transfers I've seen for quite some time (outside of Pixar movies and The Ultimate Matrix). Quite pleasant indeed.

Featuring both Dolby and DTS mixes, this is a particularly lively soundtrack with all speakers getting very extensive work outs. Dialogue is clear, crisp and natural sounding with separation of the speakers being particularly good, with a good encompassing sound especially when things get busy - and this movie rarely has quiet moments. LFE is deep and booming, most noticeable on the DTS soundtrack, which is par for the course. In fact, as seems to be the norm, the DTS soundtrack is clearly a couple of decibels louder, but when increased the Dolby soundtrack is equally as good. For my money, I prefer the DTS soundtrack as I think it has the edge in ambience, as well as slightly better dialogue tone, but the Dolby is easily as impressive!

Having such a nice transfer and audio mix obviously limits the extras and as such there are only two. The first is a commentary track featuring the writer & director, Mark Steven Johnson and the producer, Ari Arad. The second is “Giving the Devil his Due”, the making of the Directors Cut, which runs for 15 minutes. It gives an insight into the scenes that have been added or trimmed from this version, as well as bringing interesting facts, such as this version was originally going to be used as a branched version on the original release, but wasn't done due to disk size limitations (and the fact they didn't want to remove any features). Not bad, but hardly anything to get excited over.

A much better version of the Daredevil movie, with a great transfer and soundtrack is what we have here. If you want extras, then you have to get the original version but if you are only interested in the movie then this is the disk to get. If you already have the original 2 disc version, you really should consider this as a worthwhile double-dipper. Highly recommended for fans, recommended for people who thought the original was OK.